Ocenaudio is a free linear audio editor which comes packed with a lot of different tools for audio recording and editing. Application is small, balanced and fast, you can work on several audio tracks at once without feeling any kind of major slowdowns of the system, that have been known to happen, especially on older PCs which are always having problems when it comes to multimedia processing. 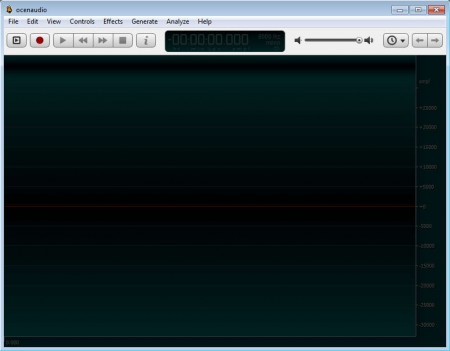 Ocenaudio is cross-platform, which means that you can use it on all three major operating systems, Windows, Linux and Mac. Interface looks modern and it’s relatively simple to use. Format support is very good, all the common audio formats are supported, and the most important thing of all, effects are also offered, which you could have already seen if you opened up the image above, where you can see the default interface of Ocenaudio. Interesting features offered by Ocenaudio would be:

Audio editing in Ocenaudio is not very difficult, first decision that you need to make would be to choose if you want to record a new audio file, which is also supported, very useful for bands for example, or if you want to edit existing files, which you are gonna have to import.

Some similar software reviewed by us are: Audio Expert, KISS Wave MP3 Editor, and BPMinus.

How to edit audio files in Ocenaudio Free Audio Editor?

By clicking on File >> Open, you’ll be able to select the audio files that you want to edit, several can be opened at once, and they can be edited side by side, here’s how that looks like: 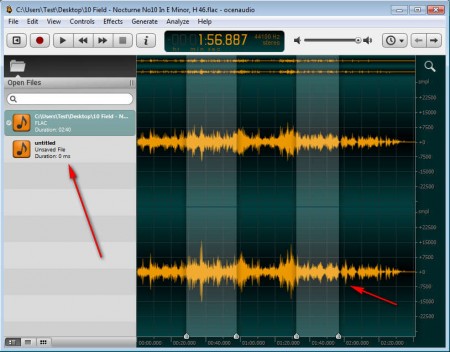 On the image above you can see two very useful features that Ocenaudio has, in the left sidebar there is a quick file browser, and you can use it to easily switch between files by with double clicking the file that you want to edit with your mouse. On the right in the main work area, there’s a waveform of the audio file that we opened, with multiple portions of it selected, you can see the multiple selections tool at play. To select multiple parts of the audio file, hold down Shift while marking the song the usual way, with your mouse. 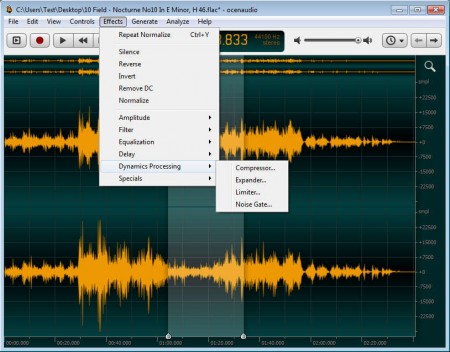 To add effects to the audio track simply make a selection and then open up the Effects menu entry ad select the effect that you want to add. Ocenaudio will then apply the effect and you can listen to the edited track right away.

Ocenaudio is a great way of how you can easily record sound and apply corrections to existing audio files that you have in your collection. Application is completely free and you can use it even if you’re on Mac or Linux, because both of these system are supported, next to Windows.