Here’s a list of 3 origami extensions for Google Chrome which you can use to learn how to create origami shapes using nothing else other than Chrome. Origami as we all know is the art of paper folding and making beautiful shapes out of them. Folding origami shapes is a great way how you can pass time and also acquire a great skill that can come in handy at parties and other social gatherings to entertain the company that you’re with.

Let’s see what Chrome Webstore has to offer. 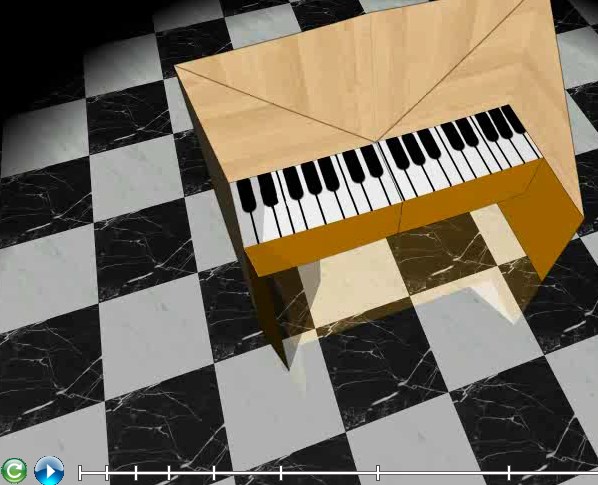 Origami Player is an origami app for Chrome where you get detailed step-by-step video instructions on how to setup over 140 different types of origami shapes.

Like the name of this app suggests, this really is a player, where you have playback controls at the bottom to pause and resume the steps of the video demonstration that tells you how to create the origami shape that you’ve selected. Use the slider to go back to a certain point in the lesson if it goes too fast. Don’t worry though, each step is showed slowly and thoroughly, with arrows showing you how to rotate, turn and fold the paper properly.

Also, have a look at 5 Free Websites To Learn Origami. 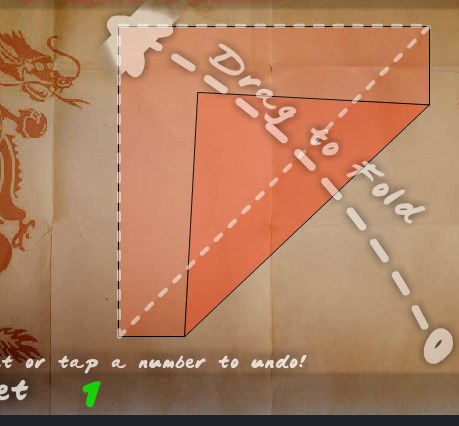 Folds Origami Game will bring you a dose of interactivity because this is actually a game like you can probably guess from the name of this origami extension for Chrome.

By folding the paper, you’ll learn how to create dozens of different origami shapes. Goal of this origami app isn’t only to teach you how to create shapes and learn origami. There’s also a limitation on the number of folds that you can make to create a certain shape. You’ll need to complete the shape in the given the number of folds to complete it and get to the next level. Otherwise, you won’t be able to progress.

Paperama Folds Origami is also a game where the goal is to fold virtual origami pieces out of paper. Even though this is a game, you can still learn, because the app guides you with how the next fold needs to be done using the shapes in dotted lines, see image above.

You actually need to fold the paper within the dotted lines as neatly as possible to get high scores and move to the next level. To complete a level you need to finish it in a given number of folds. In my case on the image above that was 2, but that number increases as the game progresses and the shapes become more complex.

This is another one of those situations where picking a favorite is impossible for me because I enjoyed using all three of these origami extensions for Chrome. Origami Player might be a tad bit more interesting because it focuses more on the learning part of the equation, but all of them can teach you how to fold origami, to be honest. The last two apps are also games, which will put a bit of pressure on you to create the shape in the allotted number of folds. Give them all a try and as always tell me what you think by leaving a comment down below.