Origami player is a Origami tutorial Chrome app. Origami is the traditional Japanese art of paper folding. It is an art which requires dexterity and creativity. Many people are talented enough that they can create using their imagination. However many of us are interested in Origami, but don’t get the proper guidance for that.

This app will help you to learn origami using online tutorials. It gives a proper visual explanation with comments on the side. You can pause and see if you have not understood something. You can also create it while watching as it explains everything step by step .

See the screenshot below to have a look at the interface: 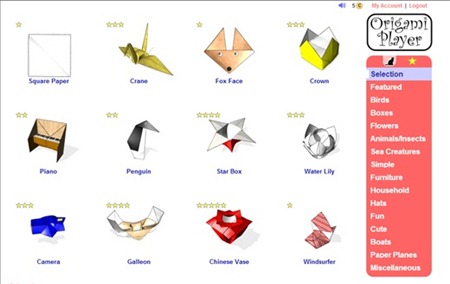 Origami player app has many categories. You can choose from diverse options available as you can see in the interface. The right hand side column shows all the categories. Clicking on them, you would be able to see the creation with the name. You can look at the online tutorial for the one that attracts you.

Have a look at the online tutorial interface: 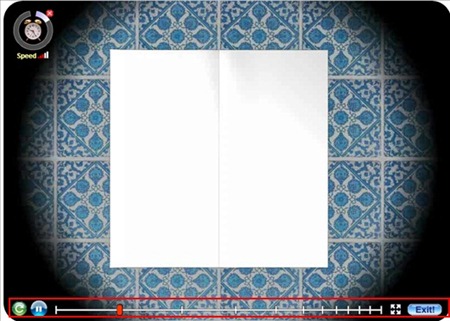 The video has wonderful visualization. The speed is also shown at the top of the interface. The videos don’t take much time to buffer and you can pause them anytime and see them again incase you missed something. Other than that you can also make your creation while watching the video itself.

Have a look at the categories to see if anything interests you before using the app:

This Origami Player doesn’t have the option to showcase your own creation. You can only watch the videos and create those. Other than that there is no option available to upload your own creation. Also you can’t share the video in social networking sites or send it to your friends. Generally there is a share option in all the apps. These are the drawback of this origami player.

You can have a look at similar origami apps reviewed by us such as Origami Fun, Craftsy.

Installing the app is a simple process. Go to the link at the end of the article to add it or just visit Chrome webstore and find Origami player. When the page opens, add it to your chrome. Then launch the app and enjoy learning Origami.

Origami player is a nice app which will help you in learning few Origami designs. If you are an an art lover and have interest in crafts, you should surely try out this wonderful app. The videos are short and precise with particular details and most importantly free of cost. You can easily learn it without any problems.

Get the app from here!