Here’s a list of 5 airplane games for Android which you can use to ride airplanes on your Android-powered phones and tablets. Due to their many sensors, gyroscopes, and all the other motion controls, Android devices are a great platform for playing airplane games. With them, you can control the plane in a lot of fun ways that you would normally not be able to on a PC or even some gaming consoles.

Let’s look at these free Android apps below. 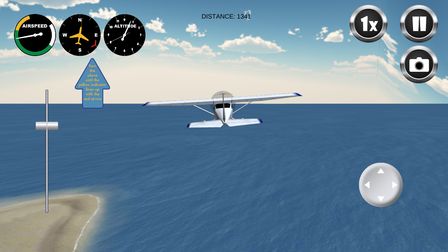 Airplane! is a full-fledged airplane simulator game where you need to fly missions to collect coins with which you can then buy upgrades, new planes and progress through the levels.

Controls are all on-screen, use the slider on the left to speed up and slow down the plane, then use the stick in the bottom right corner to control the direction of the plane. Graphics are a bit more advanced, so you will have problems playing Airplane! on older phones and tablets. 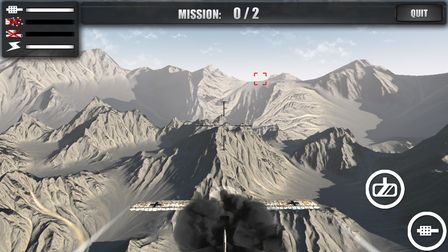 Graphics are about the same as those found in Airplane, but the controls are different. Entire left part of the screen is for controlling the flight direction. Top right section is for turning on a speed boost while the lower section is reserved for activating weapons. You get machine guns, rockets and as you progress through the missions it’s possible to buy weapon upgrades and new more powerful planes.

Also have a look at Ace Pilots: Free Aircraft Game Online For Chrome. 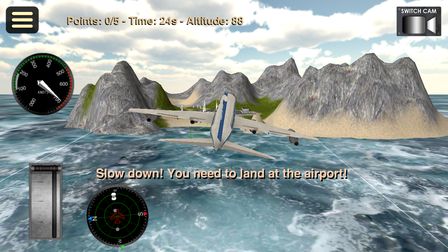 Fly Plane 3D is a flight simulator game where you can fly the plane either by using on-screen controls or the phone sensors, more specifically by tilting the device.

The lever in the bottom left corner of the screen is throttle. The more you swipe it to top, the faster the plane goes. Tilt you device backward to lift the plane, forward to bring the nose down, and of course left and right to go either left or right. Your missions are to safely fly passengers from 1 island to another. 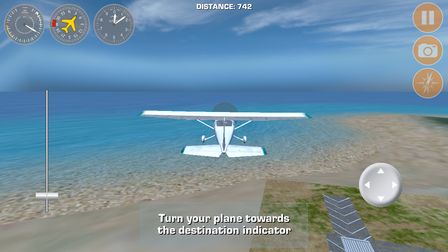 Have you ever been to Hawaii? Do you want to see how the islands over there look like from the air? This is an airplane game that can help you achieve just that.

Airplane Fly Hawaii will take you over the Hawaii islands through various delivery missions. Entire gameplay is similar to that of Airplane!. In fact, it’s the same. You need to pull the lever in the bottom left corner to accelerate and you control the plane with the pad on the bottom right corner.

Also have a look at Android Arcade Game to Fly Kite: Kite Racer. 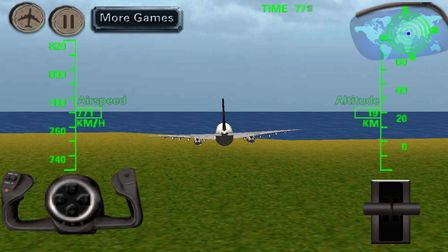 3D Airplane Flight Simulator has one of the most responsive controls out of all the airplane games that I’ve tested.

Use the stick on the left and the lever on right to control the plane and fly through as many of the checkpoint rings as possible until you reach the destination. Win coins, buy upgrades and progress through the levels.

I really liked the quality of controls that 3D Airplane Flight Simulator has, but this is another one of those times when I really can’t pick a favorite. All these airplane games are fun, so just pick one, give it a try and let me know what you think in the comment section down below.