Bentley DGN Reader or you can even say it a DGN Viewer, is a free extension for Windows 7 and several other Microsoft applications which allows the user to preview and to some extent manage DGN models.  Manage DGN models directly from Windows Explorer or supported applications like for example Office. With the help of this free DGN viewer, you’ll be able to preview both the Plan and 3D Model of a DGN design. All this can be done without having to open any kind of cumbersome CAD file editors. 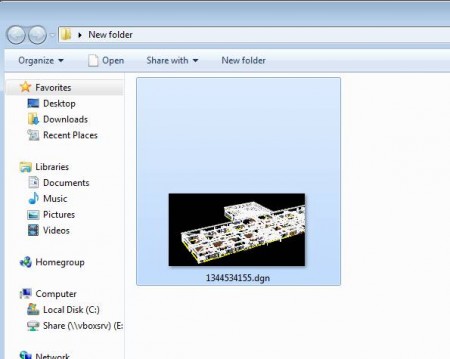 You may also try some similar software like: Wings3D, CatStd, and Post3D.

In the image above you can see Bentley DGN Reader in action. What you see is, Windows Explorer with an example model that we have saved on our hard drive. To see this type of preview you’re gonna have to click on the Extra Large Icons option in Explorer. This is not DGN Reader, this is just quick file preview that you get after installing it.

For those who don’t know what DGN format is, it’s a CAD file format which was developed by the Bentley software company and is used by their CAD application Bentley Systems MicroStation as well as several others. To know more about DGN Click here. DGN models are primarily used for saving and managing large architectural designs of buildings, bridges, highways, shipbuilding and so on.

How to View DGN Designs and Models From Within Window Explorer?

To download DGN viewer you’re first gonna have to register on the Bentley website. This free DGN model viewer is a bit bigger in size, it’s a 70MB installation, but it’s no where near the size that actual CAD editors have. To activate DGN Reader in Windows Explorer, you’re gonna have to open up the preview sidebar. 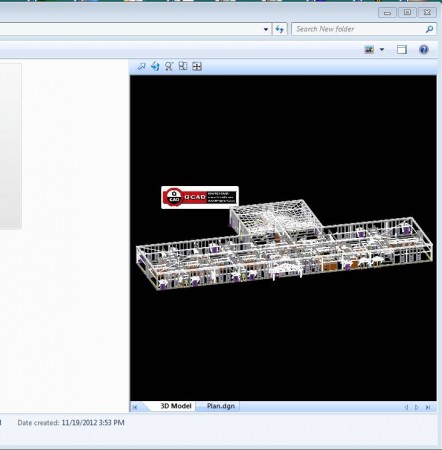 When you click on a DGN design, the Bentley Reader opens up in the sidebar preview, like it did in our case as shown in the image above. Most important controls are the ones you can see in the top left corner and the two tabs down below which you can use to switch between the 3D Model view and the Plan view. 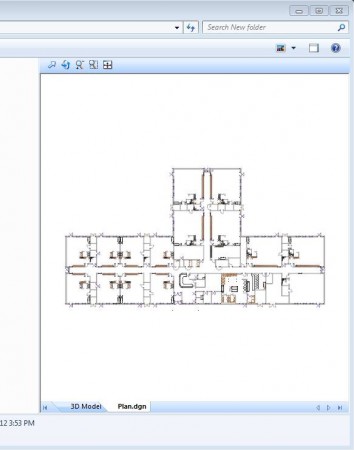 Zoom tool can be used to zoom in on a certain part of the design, and you can also rotate or move around to see various different aspects of the design. If you have more DGN models in a directory, you can use the controls in the bottom right corner of the Reader’s window to quickly switch between them, similarly how you flip through images in image viewers.

Bentleys DGN Reader offers a great way of how you can quickly and easily view DGN designs without opening any kind of large CAD editors. It integrates nicely into Windows Explorer, and it can be used in several other Microsoft applications. If you have a large collection of DGN models and if you hate waiting for them to open in you CAD application just to view it, then this DGN Viewer is just the thing you need. Download and try it absolutely free.