Alienforce is a free web browser which you can use as an alternative to the big players like Firefox and Chrome, to browse and surf the world wide web. Main website of Alienforce doesn’t have a lot of information on what exactly it is that you’re downloading, you’ll probably notice this when you click the download button down below. 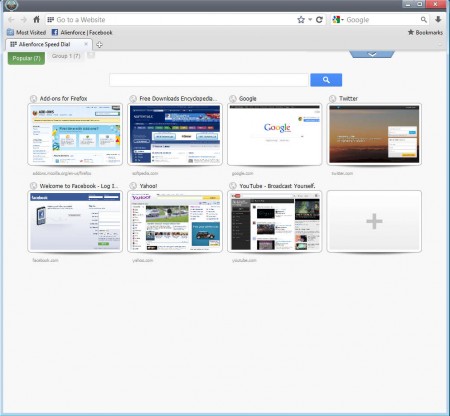 Image that you can see above is the default interface of Alienforce and even if you do not use Firefox, you’re gonna notice that there are a lot of similarities between these two browsers. But there are some very important differences, mainly in the arrangement of buttons. This free web browser is a clone of Firefox, but there are certain improvements to the overall experience, mainly when it comes to system resource consumption. You may also check out some free offline browsers to browse websites offline.

Last option will probably be the most interesting to people who have older hardware, because when compared to its sibling, this free Firefox alternative requires less system resources, that’s at least what we discovered on our test machine. Using Alienforce isn’t very difficult, especially if you are a Firefox user, because in that case everything is gonna be pretty much the same.

How to Surf the Web with Alienforce:

You can start by setting up what’s gonna be shown on your home page, because you can choose between popular choices like social networks and news websites that you visit often or websites which were closed during the last session. 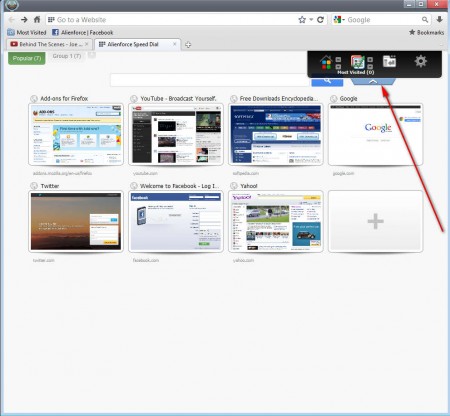 Click on the small hidden menu in the top right corner of the screen and from there select what you want this to show, or click Options and change you homepage to single website. Tabbed browsing is of course available and you can also save your favorite websites completely free, this hasn’t been changed. 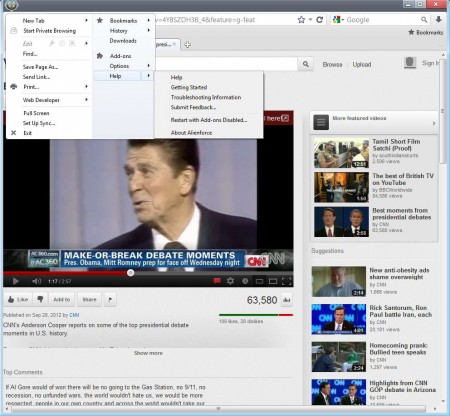 Alien icon in the top left corner serves the same purpose that the Firefox button does, for accessing options. If you want to install Firefox add ons, you can do it just like you would be installing them on Firefox, by opening up the add ons page and clicking on the Add to Firefox button, although you’ll be adding them to Alienforce instead.

Different design and improved speed makes it more than worth to try out Alienforce. There’s also other useful perks like for example we noticed that when you’re on YouTube and when you hover over videos, an enlarged thumbnail of the video is gonna appear. A lot of interesting features can be found in this free web browser and Firefox clone, so definitely give it a try and see if perhaps Alienforce works better for you than Firefox.