Icaros is a free desktop enhancement for Windows which you can use to show thumbnails on videos which are normally not supported by Windows. By default Windows only supports and shows video thumbnails for its own video format, WMV. Every other video format that you might be using will only show either the icons of the default media player or the very ugly “no default application” icon, if you don’t have any video player installed and associated to that particular video format.

Example of how video will look like without thumbnails and without having any media player associated to them can be seen on the image down below. Take this as a before image. With this free video thumbnail extension for Windows, these videos will no longer have blank icons, but thumbnails instead. 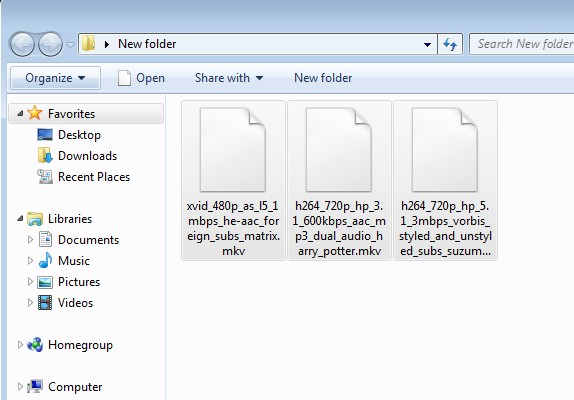 It’s important to point out that just because Icaros allows you to have thumbnails, it doesn’t mean that you will be able to play videos simply by having it installed. This is still just a video thumbnail extension for the Windows Shell. Actual media players like VLC, GOM or KMPlayer are still required in order to play video files.

Key features of Icaros are:

Icaros basically supports every format which is supported by FFmpeg. It will also show thumbnails for audio files, like we already mentioned, only since these are audio files, it will take cover art, if any is present and show that as a thumbnail.

How to activate thumbnails in Windows with free video thumbnail extension

After installation run Icaros and select for which video and audio formats exactly you’d like it to show thumbnails. 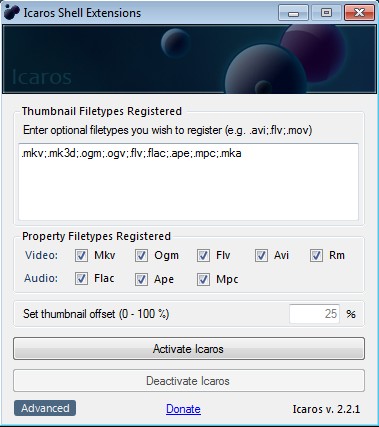 Additional file types can be added to the list at the top. Just add a comma and then the extension for which you’d like to activate thumbnails. By adding “.avi” for example you activate thumbnails on AVI videos. When you’re done with the setup click on the Activate button down below. 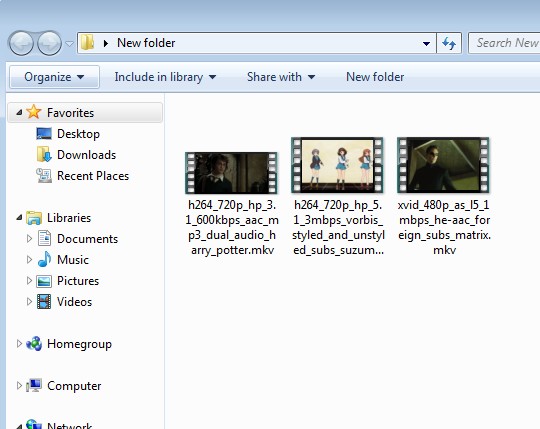 Once you click activate, videos should automatically get thumbnails shown, like the ones from the top have for us. They are now much more nicer to look at, and it’s much more easier to find videos that you need now that they have thumbnails. Don’t forget, just because they have thumbnails, you still can’t view them without a video player of some sort.