Here’s a list of 5 offline map apps for Android which you can use to setup offline maps for situations when you need access to a map, but you don’t have an active internet connection. Google Maps are great, but they have a small disadvantage that you can’t store maps of large areas offline, so that they are accessible all the time. Following apps try to fix that by allowing you to download maps to your device.

Let’s look at these apps. 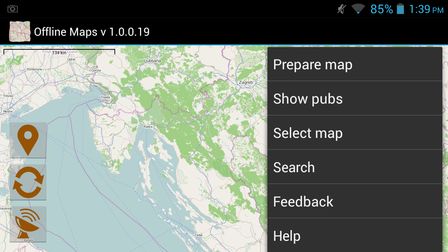 Offline Maps by elderorb will download OpenStreetMaps to your device so that you can browse them even when offline. If a connection is present, you’ll be able to browse OpenStreetMaps fully without any kind of restrictions.

To download a map of a certain area, just zoom in on it, tap on the settings button and select the Prepare map option.

Get Offline Maps by elderorb. 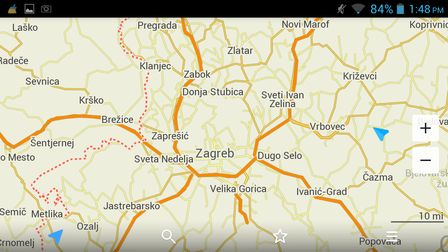 MAPS.ME is an offline map app provided by the same team that’s behind the MAPS.ME website. This app has a much more streamlined interface, you can see more of the map.

Small drawback of this offline map app is that it’s somewhat limited with features (the free version). For example, you will not be able to download maps in quite as much as details, plus pro version has additional features like location bookmarking, routing, and more. 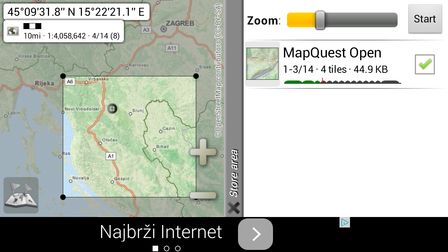 All-In-One Offline Maps offers a large number of different maps. It combines maps from several sources and it then stacks them up in layers that you can turn on/off, depending on what maps you want.

Maps sources include USGS National Maps, topographic maps of countries from their own mapping bureaus (mostly Europe), and then there’s the usual, Google Maps, OSM, Yahoo Maps, Bing Maps, Yahoo Maps, etc. To save a certain map area zoom in on that area and select Save from the menu. 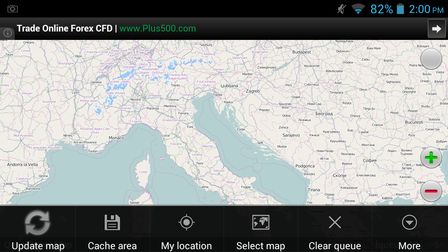 MapsOn Free downloads maps to the SD card and it again downloads them from several sources, the main one being OpenStreetMaps. Interesting feature of MapsOn Free is that you can get walking directions, so it’s in part also a navigational app.

To download a map you go through the usual, zoom in on the area that you’d like to download, open up the settings menu and select Cache area from there. 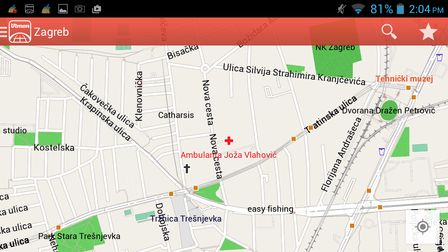 City Maps 2Go is an offline map app that focuses on cities, although maps of entire countries can also be downloaded.

This isn’t also just a map specific app, because the information offered also includes known tourist attractions for a given city, best routes to take long walks on, etc. It’s a great companion for travelers who arrive in new cities without knowing where to go.

City Maps 2Go Offline Maps is easy to use, which makes it my favorite, although MapsOn Free is also simple to use, and it offers more functionality. Try these two, let me know what you think in comments down below.