Here’s a list of 5 musical instrument apps for Android which you can use to play various different musical instruments on Android. Everybody would like to know how to play a musical instrument, but not everyone can. For those who can’t, like myself, there’re always Android apps that we can use as a consolation prize.

Lets see what free apps we were able to find in Google Play Store, for your Android phones. 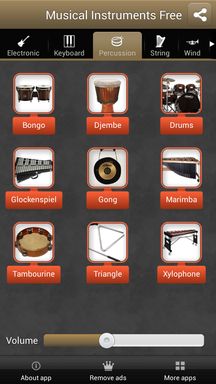 Musical Instruments Free offers a selection of dozens of different musical instruments that you can play by simply tapping on them.

Instruments are grouped according to their types, electronic, keyboards, percussion, strings, etc. To use a certain instrument just tap on it from the main list. Additionally by holding down a long tap on the instrument icon you’ll be able to set the selected instrument as an alarm. 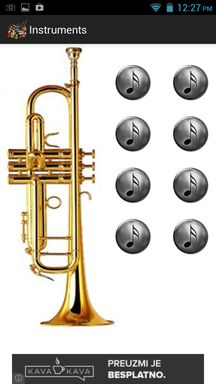 Play Musical Instruments lets you play dozens of different instruments, and it has a nice looking, clean interface for all of them, see image down below.

Some of the available instruments include drums, the fiddle, harmonica, tambourine, trumpet, etc. If you can’t be bothered downloading all these musical apps separately, you can get them with Play Musical Instruments. The only drawback is that the ads are a bit intrusive, but nothing too horrific. 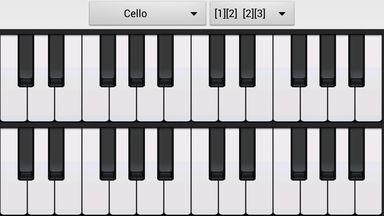 Musical Instruments works a bit differently from the two previously mentioned musical apps. You do get different instruments, but they’re all on the piano.

Use the two drop down menus from the top to select the type of instrument that you’d like to hear when pressing the keys and also the number of keys that the piano has (one row, two rows). Available instruments include the piano (obviously), guitar, organ, accordion, cello, flute, electric guitar, and more. 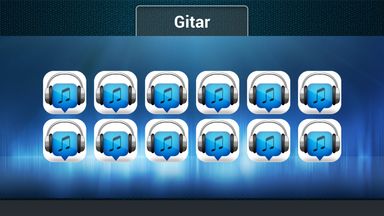 All Instruments perhaps has the best selection of musical instruments and the interface is very intuitive and clean, although slightly riddled with ads.

First thing that you’re gonna have to do, after running the app, is select the type of instrument that you’d like to play. You get guitar, drums, flute, piano, tambourine, and more. Each instrument has a different key layout. Drums will have actual drums shown for example, while the guitar will only have notes, see image above. To play the game just start tapping away on the screen. 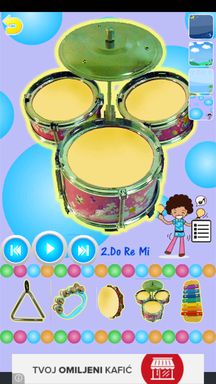 This is a musical instrument app that’s aimed at kids, as you might have guessed it from the name of the app.

It has 5 instruments, triangle, xylophone, tambourine, hand bell and drums. Background imagery can be changed and you also have songs to play along with.