Here’s a list of 5 relaxing music apps for Android which you can use to unwind and calm your nerves after a long and stressful day at school or at work. Sleep is another very important human activity where having relaxing music app can come in quite handy. All the apps we found are free to be downloaded to your Android devices.

Let’s see what exactly is available in the Google Play Store to help you relax with music. 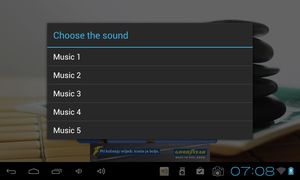 Relaxing Spa Music has a mix of 5 music tracks and it also comes with breathtaking backgrounds for you to watch while listening the music, if you’re not doing anything else.

After selecting the music track that you want to listen you’ll be offered a number of minutes you want the track to play. Relaxing Tunes can be play up to 50 minutes at a time. 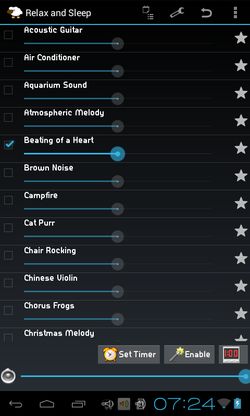 Relax And Sleep takes a bit of a different approach to playing relaxing music.

It comes with a long list of relaxing sounds, see image above, that are played on a constant loop, unless you’ve set the time to switch off the app automatically after X number of minutes. To play a sound, just tap on the checkbox next to it. It will start playing right away. Timer can be setup by tapping on the Set Timer button in the bottom right corner.

Get Relax and Sleep. 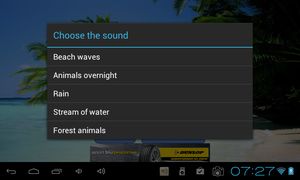 Nature Sounds is a sister app of Relaxing Spa Music only instead of having a mix of relaxing music, you get nature sounds.

Get Nature Sounds Relax And Sleep. 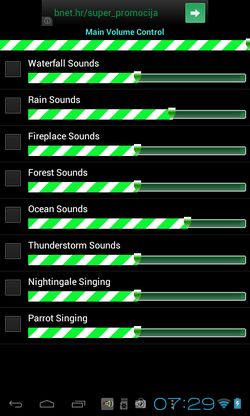 Relaxing Sounds is a similar, but a bit less advanced version of Relax And Sleep, the second relaxing sounds app from the list above.

To play a sound you just need to tap on the checkbox next to the sound that you’d like to hear. Each sound can have a different volume level. Available relaxing sounds are mostly related to nature, they are nature relaxing sounds. 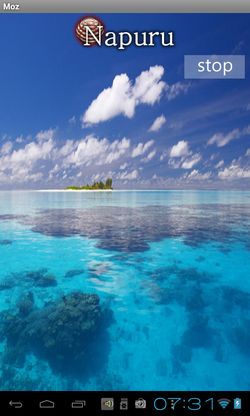 There’s nothing like ocean waves to help you with sleep. Ocean sounds are exactly what this relaxing music app focuses on.

Picking one app from the list above is difficult for us, because they are all great. One thing that we’d like to point out that all the apps above are very small, less then 5MB, so if you thought that you’ll need to have a lot of storage for this type of musical apps you were wrong. Leave comments down below.