Here’s a list of 4 currency conversion software for Windows 10 which you can use to easily convert between all the different currencies of the world. When you send/receive money from around the world, knowing how much a payment is worth in your local currency is a must. Changes can happen very fast, as we have learned with the Swiss frank recently, so it’s better to stay on top of everything than lose money. 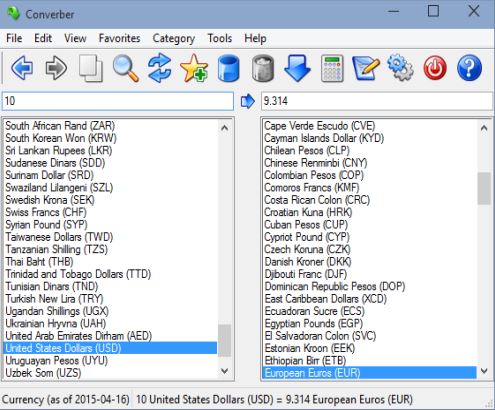 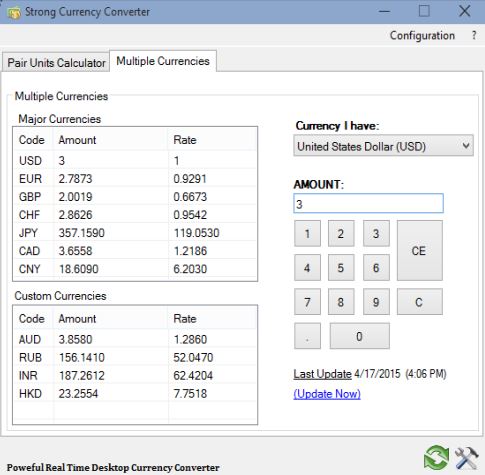 Strong Currency Converter is a more advanced currency converter software, which even supports conversion of multiple currencies at once. The “Pair Units Calculator” tab is for conversion of individual currency pairs.

“Multiple Currencies” tab on the other hand makes it possible for you to convert multiple currencies at once. Which currencies during multiple conversion are going to be converted can be setup in the application settings. Again don’t forget to update the currency rates (check the bottom right corner of the screenshot above).

Also, have a look at Free Talking Currency Converter For Android. 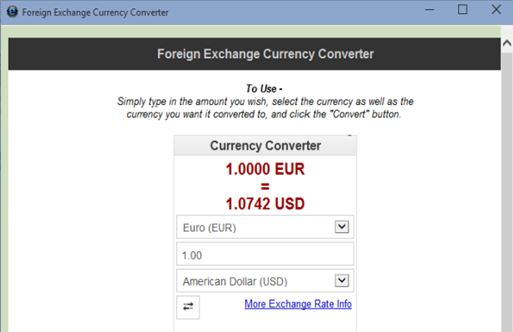 Foreign Exchange Currency Converter calculates conversion of two currency pairs, as you can see from the image above.

It’s rather simplistic and sparse in options, but you do get automatic currency rate download, so that you don’t have to download it manually, like you have to with the 2 other currency converter software. 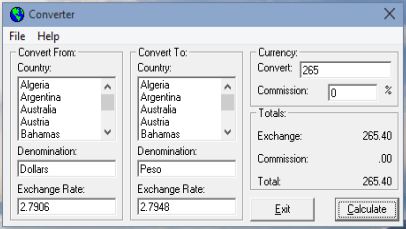 Converter is a tightly packed currency converter that has a lot of useful features. Exchange rates are taken off of the official pages of the United Kingdom government.

Left two columns are for setting up the currencies that you’re interested in converting. On the right you need to type in the amount and also the percentage point of the commission, if you’re converting money somewhere where commission needs to be paid. Results of the conversion are going to be displayed in the “Totals” section, after clicking on the “Calculate” button.

Also, have a look at 5 Free Currency Converter Software.