One nice feature is that you can get the most accurate and up to date results by syncing the exchange rates with the server. You can sync the latest exchange rates manually, when the app starts, or by shaking the phone. If you are looking for a simple and easy to use currency converter for Android, they try out this app. 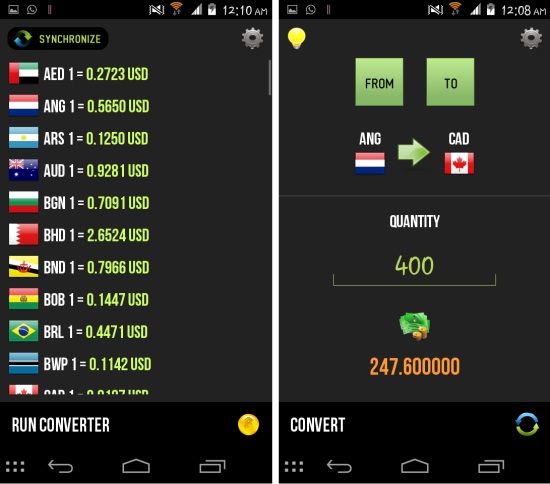 You can get this free currency converter for Android from the link or QR code at the end of this article. After installation, when you launch the app, you will have the interface as seen below. If you want, you can tap on the synchronize button located on the upper left corner of the app to get the latest exchange rates. After the rates are synced, you will be presented with the latest rates as seen here. When the app is launched and when you interact with the interface, the app will speak out.

Tap on the settings button to get the options as seen here. From here you can set the default currency, select the sync on startup option, activate shake to sync, and turn on or off speaking function. When you are done with the settings, just press the okay button to go back to the main interface. 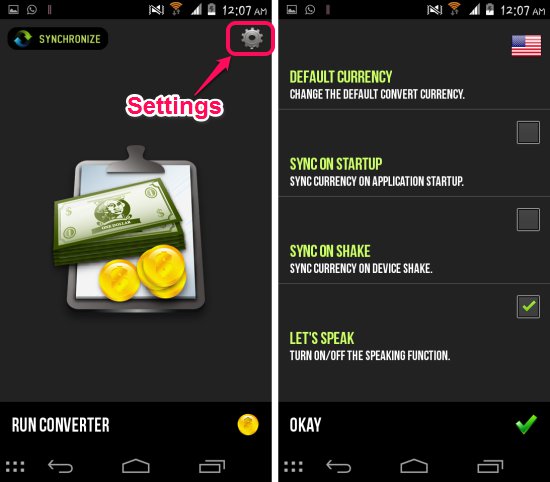 To convert currencies, press the run converter button located at the bottom of the interface. 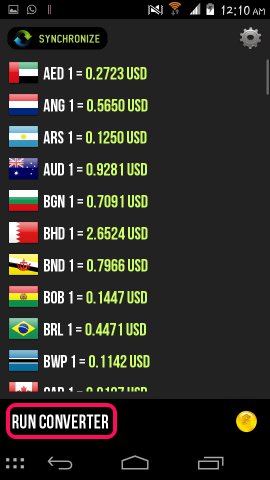 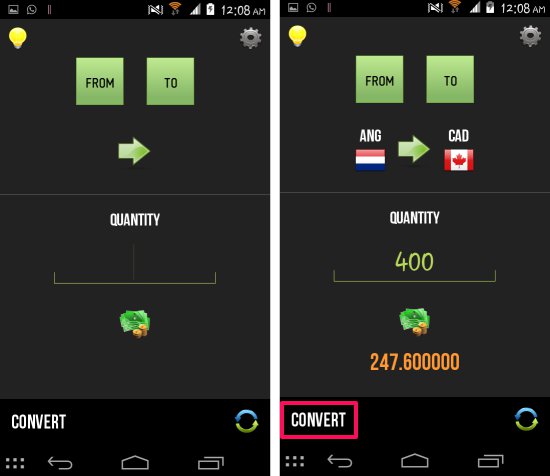 After this enter the quantity and then press on the convert button located at the bottom of the interface as seen above. The app will present you the converted amount and also speak the result aloud.

Talking Currency Converter for Android is a free and fun currency converter app for Android. It has a simple and straightforward interface which leads to ease of operation. This free app supports the conversions between 90 currencies. The ability to sync the exchange rates on demand gives you the added precision and convenience. The feature of reading the results aloud is also an added bonus. The only problem with the app is that it shows ads in the application which can be annoying sometimes.

Get Talking Currency Converter for Android from here or scan the QR code. 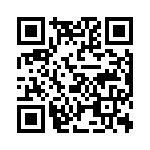