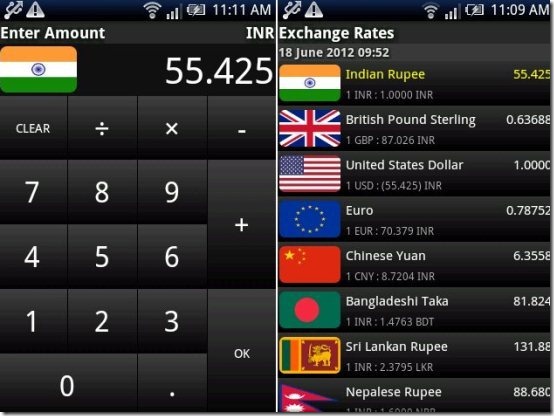 Exchange Rates is a free Android app to track exchange rates of currencies of different countries on Android. This Android Exchange Rates app is one of the popular app in Google Play Store to track exchange rates on Android. The good part of this Android exchange rates app is that the app is ads free. You just have to select your native country, enter the amount for which you want to see the exchange rate, and then tap on “ok”. You will see the list of countries with their currencies. All the currencies which you see are the converted numbers of the amount you entered according to your native country.

The above descriptions seems to be a bit confusing. Lets discuss it with an example. E.g., If you want to know the exchange rate of Indian Rupee versus US dollar. Select the Indian country from the list of currencies of different countries. The app will display a calculator like window on Android screen which really has a basic calculator to calculate the final amount. Say for e.g., you entered Re 1 in the app in terms of Indian rupee. Now, tap on “ok” and you will see the current exchange rate in terms of US dollar. Along with US dollar, the app also display converted exchange rates of other countries too.

Remember: Before checking the exchange rate of one country versus other country, ensure that both the countries are added in the country list provided on the home screen of the app. If you don’t find any one country in the app list, then add the country by pressing the options menu button on your Android, and then tapping on “Add Country” option.

You can also force update the exchange rates as they have changing nature in short-term. Also, there are other settings to make the app more convenient. 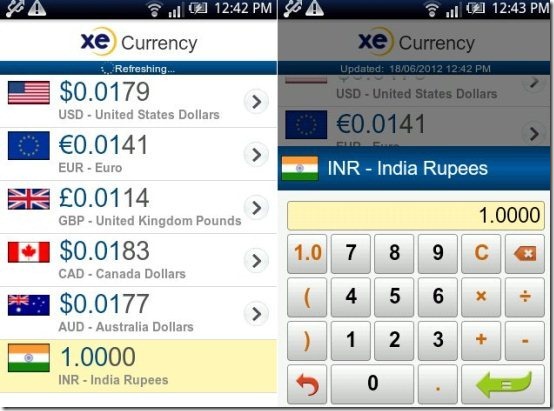 You can shake the device to reset currencies on your Android. The app also has the functionality to automatically update the currency rates. 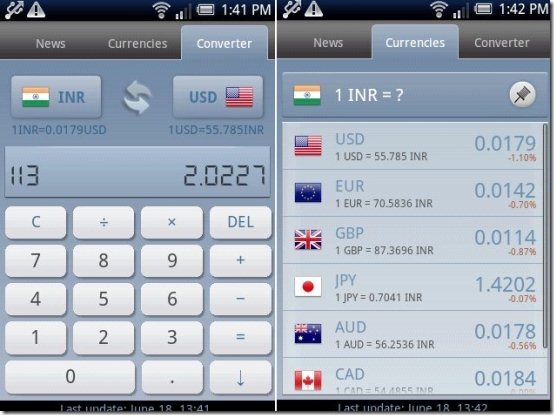 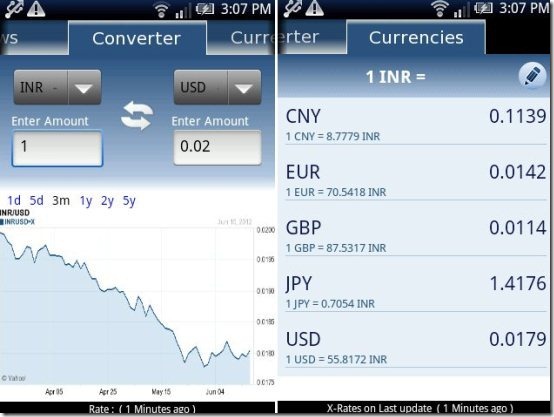 The app has currency converter to convert currency between countries. You just have to select the native country and other country in which you want to convert the currency. Now enter the amount for which you want the exchange rate and you will see the converted currency on your Android. You can also reverse the countries to track currencies rate of same amount. 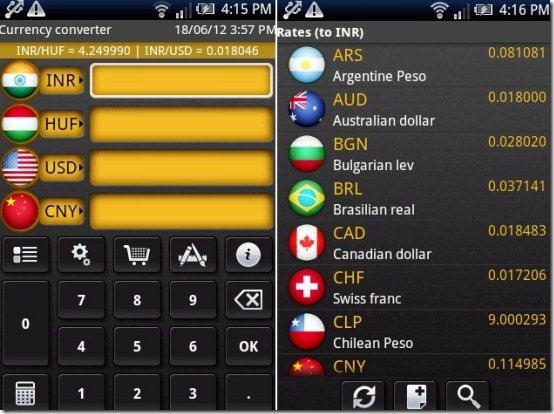 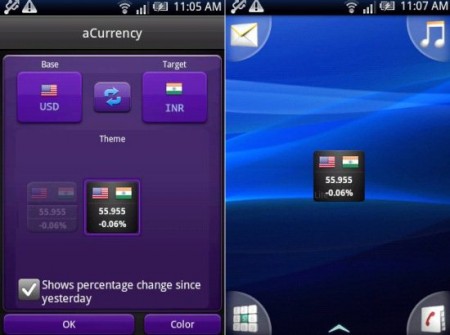 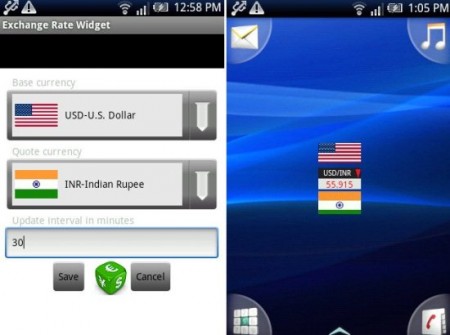 You can also check out some stocks tracking apps for Android reviewed by us.