Bot Revolt Free is a free malware connection detection software for Windows. Instead of scanning your files for signs of infections, Bot Revolt monitors active internet connections. It checks to see where processes from your computer are connecting to, to which IP addresses and it then compares detected IP address with its list of malicious IP addresses, blocking connections that are in fact malicious, created by malware and viruses.

This free malware connection detection software starts protecting you right away after you start it up. Just a quick heads up, to run it you need to install C++ Redistributable 2008, otherwise you’ll receive errors. Main menu of Bot Revolt consists of the three tabs near the top of the application. Down below you can see various different status reports, how many connections were blocked, how many malicious IP lists you’re subscribed to and so on. 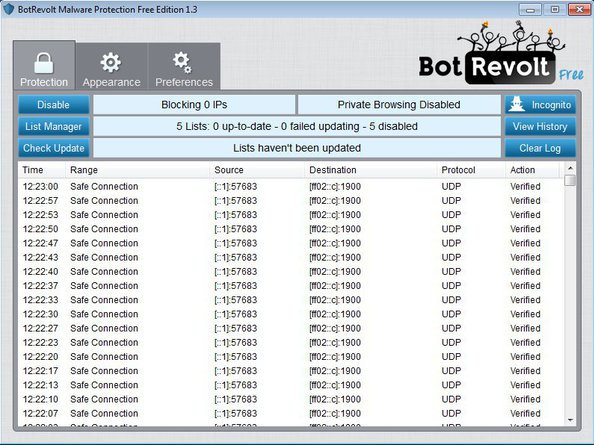 Key features of Bot Revolt are:

Not all of the options which you can see on the screenshot above are available in the free version of Bot Revolt. For example you can’t update the list of malicious IP addresses directly from Bot Revolt, and you cannot activate the Private Browsing mode. For those features to work you’re gonna have to upgrade to the paid version. Here’s a few pointers to help you get started with the basic protection.

Like we already mentioned, Bot Revolt works and protects you as soon as you start it up. The only thing that you might need to go over are the malicious IP lists which Bot Revolt is gonna use for comparison. 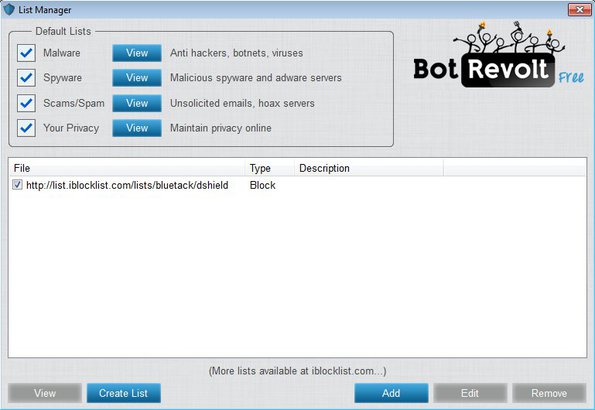 It’s important that you try and keep these lists updated, but since Bot Revolt update isn’t possible in the free version, you’re gonna have to look up lists on the iblocklist.com website. 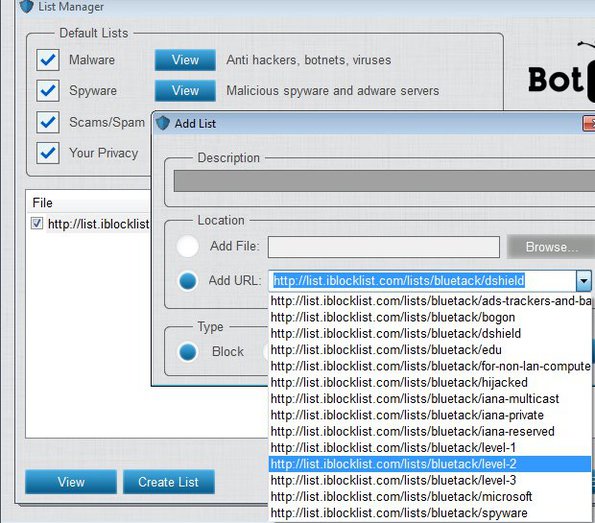 When you have the list manager opened up, click on the Add button down below so that the Add List window comes up. Malicious IP addresses and ranges can also be typed in manually or imported using files. Bot Revolt works with iblocklist.com which allows you to easily add malicious IP addresses from their website directly into Bot Revolt. iblocklist.com is a website where you can find various different IP address lists. Select the list that you’re interested in blocking from the drop down menu, put a check mark next to Block, to actually block them and click Add. 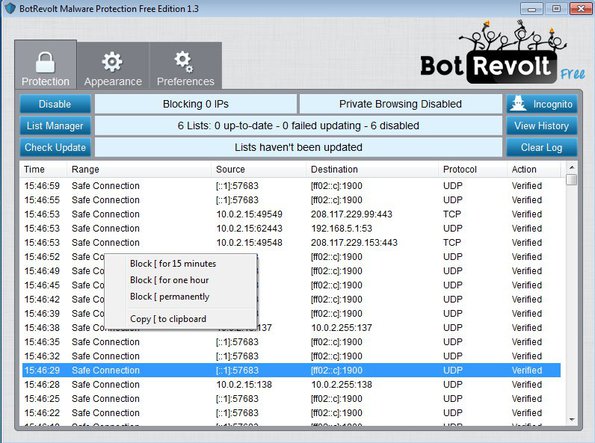 Bot Revolt is a great way how you can block and prevent malicious connections on your computer. Give it a try and see how it goes.