Red Eclipse is a good Free FPS Game (First Person Shooter) available for download on your PC. It has both Single Player and Multiplayer game modes.

You can play other shooting games reviewed earlier: like Hidden and Dangerous and Super Contra for PC. 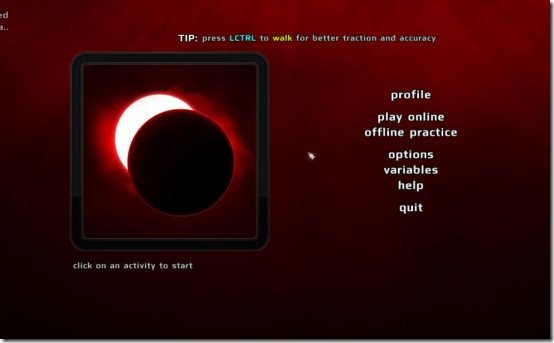 About this Free FPS Game:

This FPS game is a fantasy game. The characters in this game look like aliens with a dragon look. This is an open source game. It’s very hard to find such nice FPS games for free.

This fps game is mainly designed for Online Multiplayer game; but it can be played offline also with the computer. There are many servers running; this shows its popularity.

First design your character and then you will enter the main screen. Here are the options available:

You can design your profile here. You can edit your name, gender, color, and the weapon.

You can join the game servers here. Click here to know how Setup Your Own Server. You can also join your friends by Setting Up a LAN Game.

There are many game modes and maps available; which will be discussed in the offline practice mode. 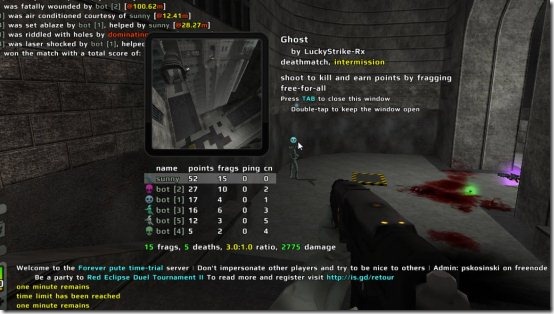 Offline practice is other name for Single Player game. Here you can make the game settings all by yourself. You can edit Game Modes, Mutators, and Maps.

The below screenshot is a glance of all those settings. 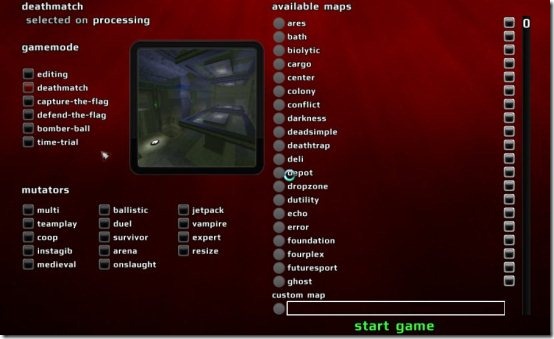 The game modes are:

There are many varieties of maps available. Every map is unique and good for battling. Just try them. 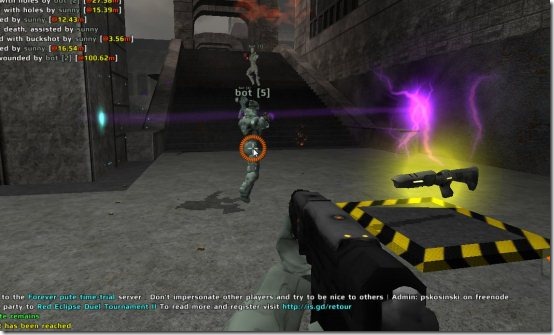 There is an option called Variables in the main menu. In this option you can edit the gameplay and the weapons. The weapons available are: melee attack, pistol, shot gun, sword, SMG, flamer, plasma, rifles, grenades, and rocket launchers.

I personally enjoyed playing this Free FPS game both online mode and offline mode. You will definitely enjoy this very fast paced game.