Super Contra or Super C is an Arcade Action game available for free PC Download. This Action Game is a successor of Contra Game.

Get ready for some more action from the Contra team. As usual kill your enemies to protect the world from Aliens. If you already like to play Contra online or Play Contra on Android, then you might definitely want to try out this different avatar. 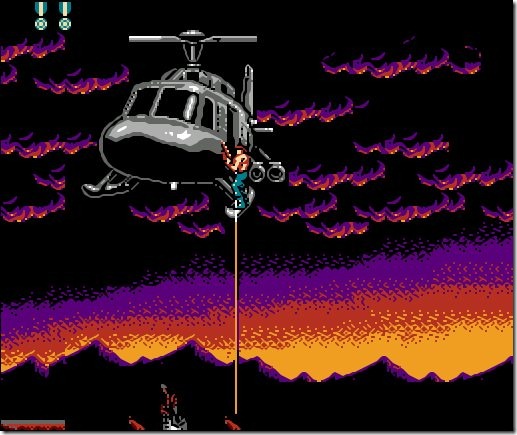 The evil Red Falcon aliens were washed out by the Contra Team. Now Aliens returned for a revenge, so Mad Dog and Scorpion are back to business. This time they have to permanently kill the Falcon Team. This Game is known as Return of Evil Forces. This action game is similar to the old Contra Game. 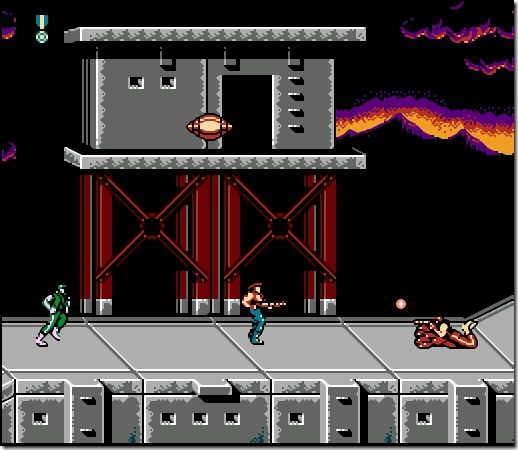 It’s pretty much the same like Contra Game. Only change is that a top view mode is added as shown in below screenshot.

The game offers you 3 life’s at each stage. You are given a machine gun to start with. You can upgrade your gun by shooting at the flying capsules. The gun upgrades available are Mega Shells(M), Laser(L), Spread Gun(S), Rapid Fire(R), and Flame throwers(F). The Flame throwers gun is my favorite in Super Contra for PC. Jump while you shoot to kill your enemies effectively. At times stand at one point and shoot to avoid your enemies firing at you.

The controls for first player are Ctrl for Shooting, Spacebar for Jumping and Arrow keys for directions. The second player controls are [Q] for shooting and [W] for Jumping. The directions are [C] for going left, [B] for right, [F] for up and [V] for down. Press Shift for choosing Two players or One player and Enter to start or pause. You can Save your game by pressing F5 and Load it by pressing F7. 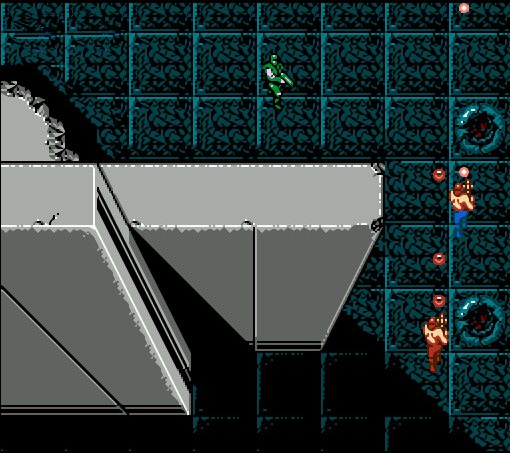 I found it more difficult than previous one; but its fun beating a Tough Game. The Music and Graphics are really good.

So, play this sequel of Contra to destroy the Aliens. Save the world from evil Red Falcons.