You might have heard a computer term going around, called UEFI. Any idea what it means? In this article, I will try to explain in a simple language what is UEFI and what is difference between UEFI and BIOS.

Note: This article is a part of our article series called ILFS Explains where we try to explain common complicated computer terms in simple language. We have already covered topics like Usenet, VPN, and BitTorrent.

UEFI is an abbreviation for Unified Extensible Firmware Interface. It is a new incarnation of BIOS. It acts as a mediator between the Operating System and the firmware. It checks the hardware components in your computer and once it has a green signal, it passes on the control to the Operating System. It is an innovation that took place after 20 long years. The UEFI is available in 32-bit or 64-bit and some of its features are: it supports network booting through PXE (Preboot Execution Environment), Secure Boot, allows development and reuse of the code, faster booting, platform independent, support for modern technology and support for GUID Partition table. These features are just the tip of the Iceberg, possibilities are many. 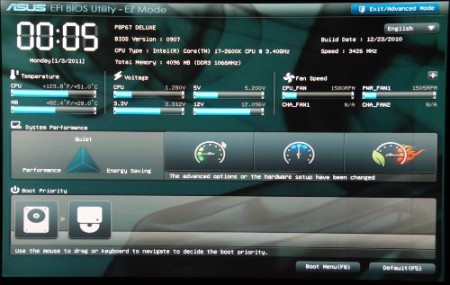 Did we just see the BIOS screen or was it an interface for an XBOX game? I was surprised too the first time I saw it. The BIOS, with that old uninviting blue screen, is now becoming obsolete and is quickly being superseded by UEFI.

Well, why not? Its Secure Boot feature makes your data more secure by allowing only the authentic drivers to be loaded and not some malware that crawled in to your computer. It is an optional feature, though. Many general purpose machines might want this to be disabled to make things simpler. Some other machines like one of those ATMs out there or a Kiosk specially designed to carry out a task, might not want anyone or anything to tweak their system, so enabling the Secure Boot serves the purpose.

It supports new technology and enhances the performance of the system by substantially reducing the boot up time. It is platform independent. Its abstract firmware and reusable code allows developers to innovate and put in their creative ideas. We all know what Open Source community did and its bandwagon effect. Heard about ‘Linux’?

UEFI also has a Shell Environment that allows other UEFI applications and commands to be executed and can be used to gather system information.

EFI Boot manager is used to select and load Operating Systems. This eradicates the need of a separate boot loader like, GRUB or LILO in Linux or the NTLDR in Windows.

UEFI supports GPT (GUID Partition Table), which is an improved standard for structuring partition tables on the hard disk and overcomes the limitations of MBR.

It can support remote diagnostics of the machine, even without an operating system in place.

How is UEFI different from BIOS?

“Change is inevitable” as they say, and UEFI is something that happened for good. All the features that it has, will very soon, change the face of modern computing. Who knows, probably a new era of computing that awaits awakening. UEFI is definitely better than BIOS, however critics states that there are some concerns that needs to be taken care of. This reason should not stop the change as UEFI is highly customizable and any further complications with this, can be attended to.

I would unequivocally prefer UEFI over BIOS; who doesn’t want a better computer?