Usenet is far older than any of us might imagine. In fact, it has been existence before most of us were born, although its usage has declined in the recent years. Put simply, Usenet is basically a giant Internet Discussion System. It can be considered as a giant bulletin board or an Internet forum, but a far more intricate one. It involves a lot of users posting constantly updated information on a myriad array of topics, which is then both stored on and randomly distributed by Usenet servers all around the world amongst each other. This way, this information is accessible to everyone at the same time. This also implies that Usenet is an uncensored decentralized network, accessible to almost everyone having the means to do so. 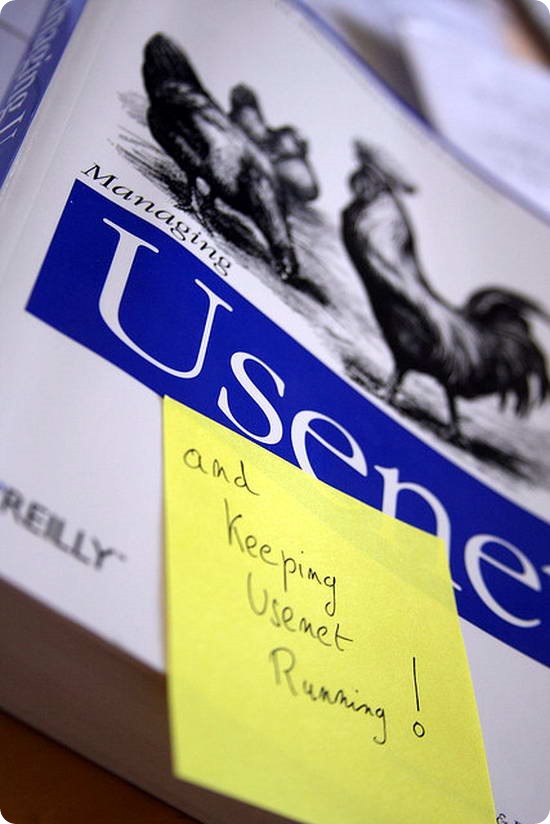 The information contained on Usenet is not posted randomly. Instead, there are a number of distinct categories, called NEWSGROUPS, under which the information is filed and stored. In fact, over the time, the terms Usenet and Newsgroups have become synonymous with each other. though they are not. Usenet is the giant network that hosts the storehouses of information, called Newsgroups.

Although there’s not a fixed number of categories of Usenet newsgroups, the primary ones are listed below. Each one outlines the basic information that is filed under it. Also, The categories and their associated subcategories are separated by dots.

Apart from the above regular categories, there is also a Top level alt* (alternate) hierarchy that is somewhat less restrictive in nature. While the above top level hierarchies consist of only specific groups, alt can consist of somewhat relaxed categories too.

Binary Content: The major reason for Usenet still being so popular, although not necessarily among everyone.

Although the primary usage of Usenet was intended to be only textual, but it soon expanded to include binary content. Simply speaking, Binary Content means files, all kinds of files (that includes our music, movies, videos, software and everything in between). Initially, binary content was added just for fun, but since Usenet was (and still is) unregulated, no one cared and just started adding all kinds of stuff on Usenet servers. And slowly, it grew to contain enormous amounts of data hosted on tons of Usenet servers.

The Binary content is filed under the alt top level category (For example: lossless would be something like alt.binaries.lossless)

This is really simple. For accessing the Usenet newsgroups, you must have an account with a Usenet service provider. There are a ton of them out there, and a simple search should do the job. The entire process is as simple as the steps mentioned below.

Usenet is one of the oldest technologies out there, even predating the earliest Internet. Although created for (and to some extent, still favored by) hard-core geeks, it has become fairly easy to use through dedicated clients. And the massive amounts of data and information transfer that Usenet servers handle everyday only goes on to show its continued popularity. Whether it’s because of the nerds’ nostalgic love for it, or for the recent Internet users’ download addiction, or both, Usenet is going to be around for a long, long time.

What you guys think about Usenet? Do you use it? What do you primarily use it for? Let me know in the comments below.