Portal is a Flash version of portal game to play online for free. Cross several stages and reach the end point in this action game; using a portal gun.

Portal technology is a fictional theory or technology, using which you can transfer yourself or other things from one place to another. An imaginary technology using which an object entering one gateway will come out through other instantly or vice versa.

In this game, you have to reach the exit point using this portal technology. You are provided with a portal gun which when fired once will give an entrance point and when fired second time, will provide an exit point. Use this technology to cross several levels. 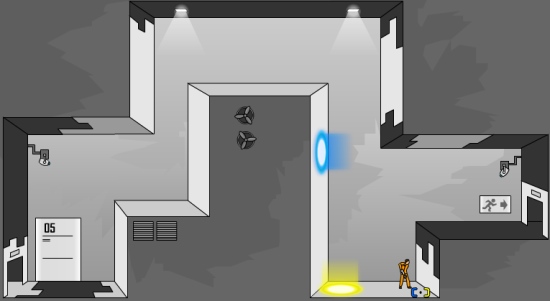 About This Portal Game:

This Portal game is set in a 2D environment and you have to think like a portal shooting expert. This Portal game includes 40 different stages. You can select levels directly after you complete them, from the level select option available in the main menu. You also have another interesting option, that you can resume the game on the same browser; whenever you want to. If you want to download a portal version game on your computer then try Mario with Portal gun.

As you can see in the above screenshot, there is an entrance point and an exit point. Use the gun to fire a blue colored portal spot. While the blue spot is still open, fire a second shot and you will find a yellow spot. Walk or jump into either of the spots and you will come out of the other instantly. Use this portal gun to reach from one end to the exit. You have to jump through bigger heights, cross platforms, etc. To make the game more interesting, they have set some places as dark spots. You can’t make portal spots on black areas. So, you have to carefully choose white spots to port from one point to another or run & jump into port points and reach the exit point. You have to use other moving objects or pick objects and move them to certain places to complete the levels. The levels get tougher as you progress.

The controls of Portal game are: 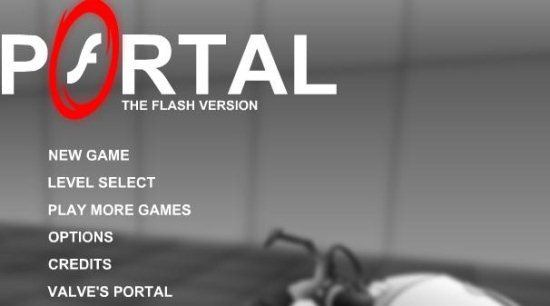