Mari0 is a free arcade game for Windows, Mac, and Linux; where Mario uses the portal technology. This game is a combination of Mario and Portal game.

Have you ever imagined, Mario of the 90’s on a mission to rescue the princess with a portal gun in his hand? Isn’t that cool. Enjoying playing the same old famous game with a twist. 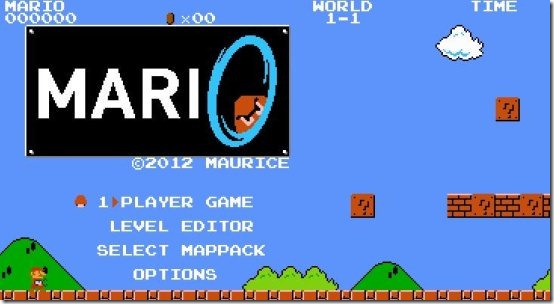 “Mari0” in this game is Mario with number zero instead of letter ‘o’. The number zero represents port point here. Mari0 is the same old plumber guy with a portal gun from the very beginning. He can teleport himself to any location or he can port the creatures which attack him. Play this game like the same old game but after you grab the power plant you won’t get any bullets to shoot the attacking creatures. Instead of bullets you have this portal gun; it can’t shoot though. With portal gun you can port from one location to another.

For those who don’t know anything about Mario, here’s a small description. Mario is a famous arcade game of 90’s. Mario is a plumber who travels in different worlds to reach the final stage; where he has to rescue the Princess Peach. Mario encounters different kinds of creatures in these worlds and finally he has to defeat Dragon Koopa to win the game. You prefer playing original Mario first? Then read this review on Super Mario.

This new Mari0 has many different features: 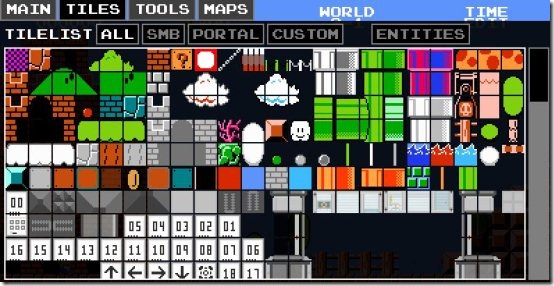 The controls are also pretty simple.

Mari0 game on an overall is a combination of old classic adventure and Sci-fi. The sound effects and graphics are good and same like old one. Play this game on all three major operating systems: Windows, Mac, and Linux.