Here’s a list of 4 color flashlight apps for Android which can be used to flash colorful lights using Android devices. Most flashlight apps that people use only have one color, white color. If you want to change things up a little bit and use other colors, you’ll have to look for special apps that can do that. I decided to help you out, look for such apps and thus the list down below was born.

Let’s see what apps I found. 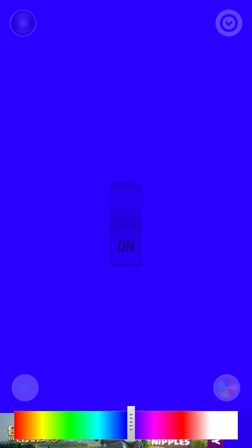 Color Flashlight has two work modes. First is the standard flashlight work mode that uses the camera flash as the flashlight. 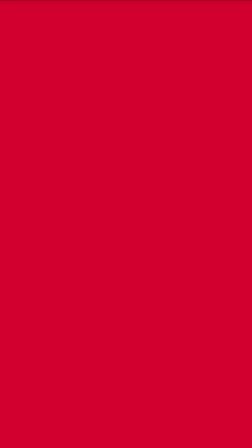 There’s the usual camera flash flashlight, but there are also yellow screen, white screen flashlight modes. Disco mode and police mode are what’s interesting. That’s when the screen flashes in random colors of the rainbow and the camera flash also flashes just like the police lights.

Something else you might find interesting 5 Free Flashlight Apps For iPhone. 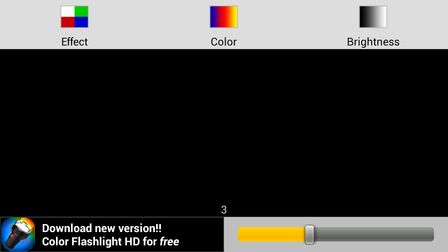 Colorlights also supports camera flashlight and screen flashlight modes. What’s great about this color flashlight app is that it has a large selection of screen effects, including flashing text, as you can see from the image above.

Background camera flash will also flash, as the screen flashes. Some of the other effects are strobe, police, disco, candle. To access the list of the available effects you’ll have to tap on the settings icon in the top right corner. 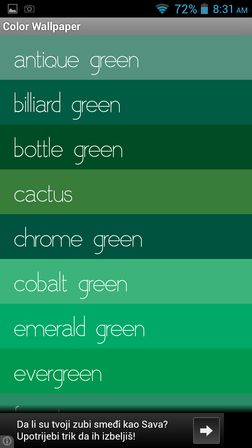 Color Wallpaper isn’t a standard flashlight app, it isn’t a flashlight app at all, but I decided to include it in the list because it can be used to turn your screen full time into any color that you want.

It will of course turn the background wallpaper to a color, to a color or a gradient, those are the two options that you get after installing this app. Go through the list of default colors, select one, adjust it and hit apply.

Also have a look at Free Flashlight App For Windows 8 With Morse Code.

Out of the 4 color flashlight apps listed above I liked Colorlights and Color Flashlight the most because they have the best set of features out of all the apps that were mentioned. I suggest you use these two first and then move on to the others if you can’t find what you’re looking for with these two. I’m pretty sure though that you’ll find everything you need with Colorlights, as long as you remember to open up the setting menu where flashlight effect, including the color flashlight can be activated and tweaked. Try it out and let me know what you think in comments down below.