These apps can prove to be really helpful in situations like when there is no other light source around you. So, let’s see what does each of these has to offer to you? 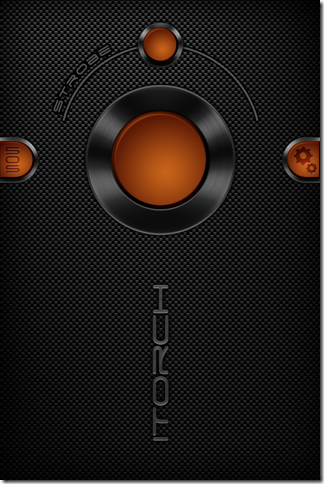 iTorch Flashlight app is the first addition to this list of free flashlight apps for iPhone. The best thing about the app is that it turns on the flashlight directly just when you launch the app. However, if you want to go to menu, then tap once anywhere on the screen. The app also includes support for SOS lights and Strobe light with adjustable brightness and frequency. You can also customize your app by using different cool app skins to make it look more cooler.

Note: The Strobe light is a device using which regular flashes of lights are produced. These lights are mostly used in pubs, bars, dance clubs, theaters and, navigation systems.

Get the iTorch Flashlight app here. 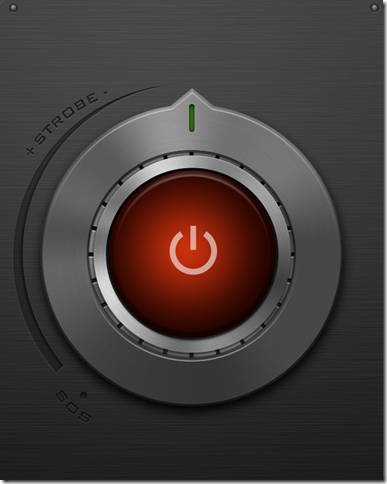 The second flashlight app in the list is Flashlight ◎. This app offers traditional flashlight, SOS light, and Strobe light. The one thing that sets this app apart from others, is its interface and menu style. The app’s home screen has menu button like the lock of a locker. You have to rotate it anti-clockwise to switch between the lights. The app also produces the sound which gives you a feel like you are opening a locker in reality.

Get the Flashlight ◎ app here. 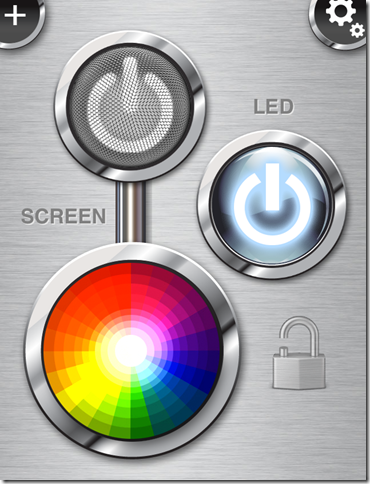 4. Flashlight For iPhone, iPod, and iPad: 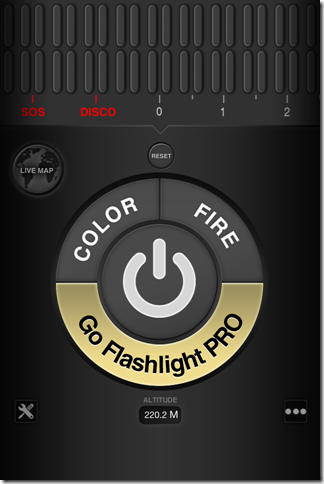 Thhis is the second last app is Flashlight For iPhone, iPod, and iPad. This app includes flashlight, SOS light, and candle light. The candle light is the fun part of the app. In this feature, you will see a candle burning on the screen. You can tilt your iPhone to see the corresponding deflection of the flame. Apart from this, the app has a few extra tools: Compass, Altitude, and Live Map. If you want to turn on the flashlight whenever the app is launched, then you can do so by going to Settings.

Get the Flashlight For iPhone, iPod, and iPad here. 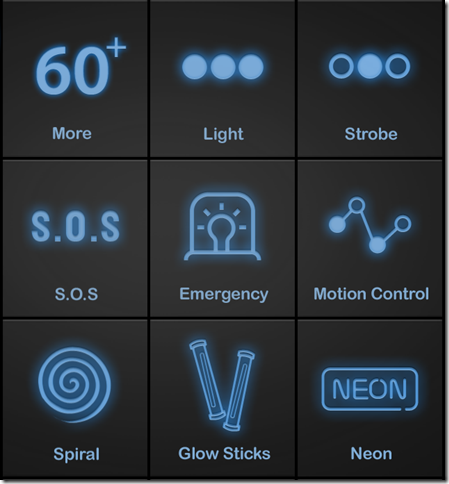 The final app in this list of flashlight apps is iHandy Torch Free. This flashlight app comes loaded with various other types of lights apart from the normal flashlight, SOS, and strobe light. The extra supported lights and are: Emergency, Motion Control, Spiral, Glow Sticks, Neon, and Trippy. You can customize each of these extra lights using different colors and frequencies.

This completes my today’s list of 5 free flashlight apps for iPhone. Go ahead and try the one which attracted you the most. You can also share your views about the article or any of the app, mentioned by me, in comments section below. I would be glad to hear from you.