Here’s a list of 5 annoying sound apps for Android which allow you to have a collection of annoying sounds close to you for whenever a need for annoying, pranking or making someone go insane arises. We all have that one sound that makes us uncomfortable. For most, myself included it would be eating utensils scratching on plate.

That sound and many more sounds similar to it can be found on the list of annoying sound apps down below. 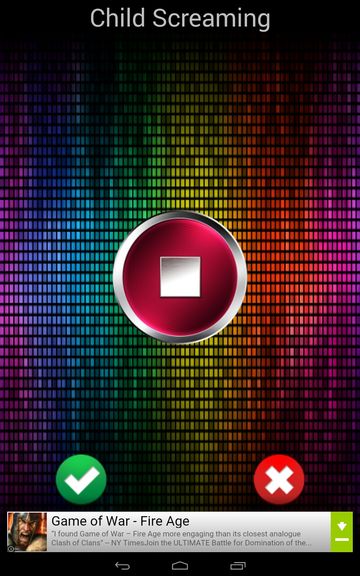 Annoying Sounds by Crystal Clear Ringtones is an app that offers a selection of around 45 different types of annoying sounds.

When you run the app you’ll see a list of annoying sounds right away. Babies crying, dentist drill, air horns, nails on blackboard, mosquito buzzing are just some of the available sounds. Tap a sound to gain access to the playback controls. It’s possible to setup the annoying sounds as ringtones straight from the app by tapping on the green check mark. 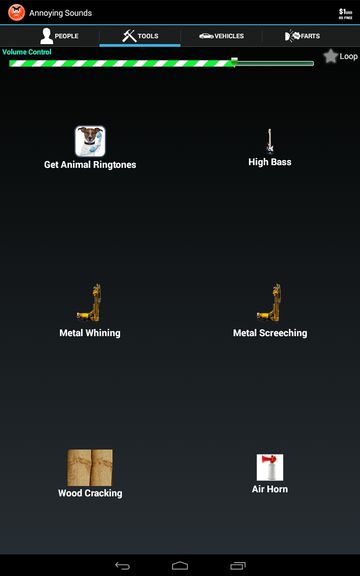 Annoying Sounds by Dexati is a much better organized annoying sound app than its previously mentioned namesake from Crystal Clear Ringtones.

Here the available sounds are grouped into four categories, people, tools, vehicles and farts. Each category has 6 sounds, making the total number of available sounds 24. App has an option to play the sounds on a loop and it lets you customize the volume levels.

Get Annoying Sounds by Dexati.

Also, have a look at 5 Animal Sound Apps For Android. 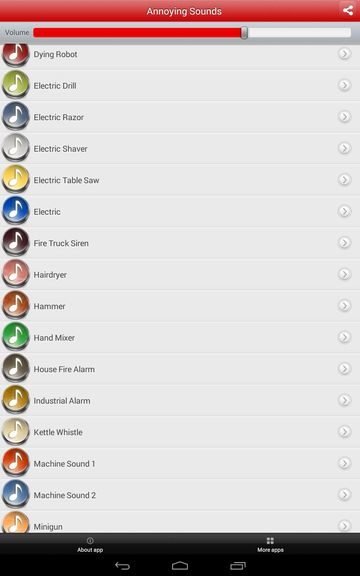 Annoying Sounds by BestRingtoneApps has a collection of over 40 annoying sounds that are displayed to you in a list as soon as you launch the app. They’re not categorized and a mix of stuff like sirens, squeaky doors, modem connecting, mosquitoes and so on is available.

Tap on the arrow on the side to load up controls for setting the selected sound as a ringtone, a widget on the home screen for easier access or you can setup a timer so that the annoying sound plays on its own and stops after X number of minutes.

Get Annoying Sounds by BestRingtoneApps. 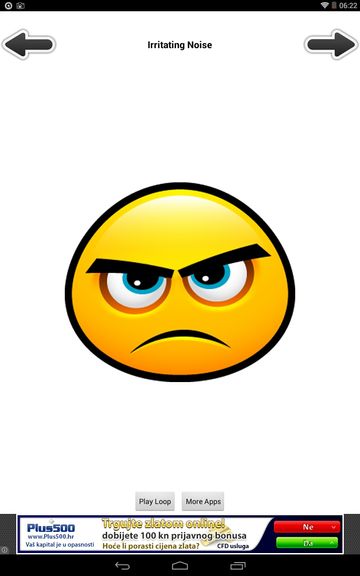 Annoying Sounds doesn’t have a list, but rather it has a flippable list of around 30 annoying sounds that you can play either only while holding down a tap on the smiley face in the center of the screen.

Or they can be played on a loop by clicking on the “Play Loop” button at the center of the screen down below.

Get Annoying Sounds by Fun Buddy.

Also, have a look at 5 Sleep Sound Apps For Android. 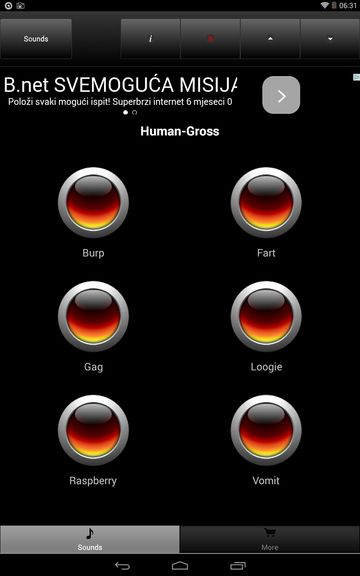 Annoying Sounds & Noises is a very well made annoying sound app where over 60 different types of sounds are divided up into 11 categories.

Available categories are alarms, animals, eating, emergency, high-frequency, human, human-gross, office, phone, wake-up and random. Each one of the categories gives you around 6 sounds. Image above shows the human-gross category, where things like burping, gaging, vomiting and farting are. Tap on the icon plays the sound.