Here’s a list of 5 zombie games for Android. One of the most popular games for Android is a zombie game called Dead Trigger, so there’s very little point in explaining what zombie games are and how important they are. List down below will cover both more popular games of this genre, and also those that you might not have heard of which are equally fun. I also set out to find less hardware demanding games so that people with older phones and tablets can also enjoy in a nice and relaxing zombie shooter. 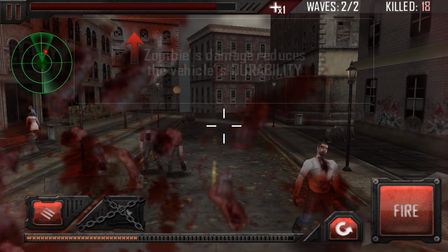 Zombie Roadkill 3D is a small and fun zombie shooter game where your mission is to fend off hordes of zombies that are trying to attack your machine gun mounted car.

That’s the reason the game title has roadkill in it. Your progress through levels by driving down roads and getting rid of any zombies that might come your way. There are different weapons and vehicles available for upgrade that can help you progress through the levels. 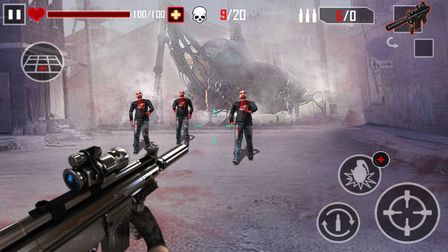 Zombie Killer is very similar to Dead Trigger, but with a couple of big differences. This is a smaller game, just 15MB in size. There’s also no movement, each level consists of you just standing in one place and fighting off the incoming zombies.

Where the two games are similar is the controls. You use the left part of the screen to turn left, right while on the right section of the screen there are controls for firing and throwing grenades. By collecting cash, you can earn money for weapons upgrades.

Also have a look at Eliminate Infected Zombie Birds: Robot VS Birds Zombies for Android. 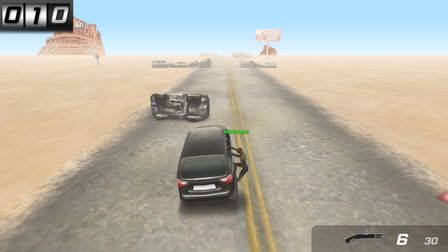 Now with Zombie Roadkill you fire on zombies from a machine gun mounted car. Here you actually drive a car, and even though there are passengers in the car that can shoot at the zombies, the main method of how you get rid of zombies is by driving next to wreckage on the road so that they are knocked from the car. 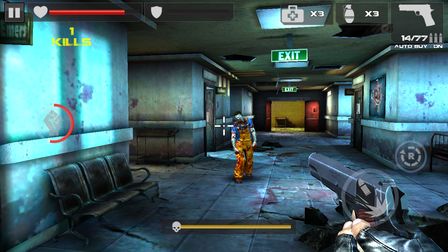 DEAD TARGET: Zombie is a game similar to Zombie Killer only it has more advanced graphics.

This is basically a lightweight clone of Dead Trigger, only it’s small in size, at around 50MB, and it’s only a shooter, you stand in one place and kill all the zombies. Collect gold and money to buy new weapons, upgrades and ammo.

Also have a look at Car Racing Game For Android To Kill Zombies: Dead End. 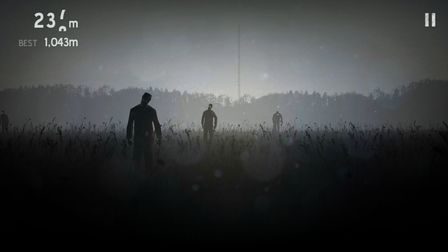 Into the Dead is another unique zombie game for Android where you need to run through fields of zombies and avoid them as long as possible.

You can configure the controls (screen tilt, edge of screen tap, etc.). As you go through the game number of zombie obstacles increases and you go faster, so it gets more difficult to dodge them all. Here again by collecting gold you get to buy new weapons and upgrades.

Get Into the Dead.

Picking a favorite is very difficult, practically impossible. DEAD TARGET might have a slight advantage over all the others because of superior graphics, but new types of gameplay (car driving and zombie running) make Zombie Highway and Into the Dead also very fun to play. Give them all a try and let me know what you think in comments down below.