In this game avian influenza virus is spread throughout the world and infected birds are turned into zombies. You’re supposed to use a robot to kill the zombie birds in order to prevent the proliferation of the virus. The game looked like an Angry Birds knock off but fortunately the gameplay is totally different. Instead of flinging birds, here you are supposed to guide a rocket to eliminate these birds which have setup elaborate defenses. It’s more like an action puzzle game, here you are required to guide the rockets through the puzzles and kill these crazy birds. 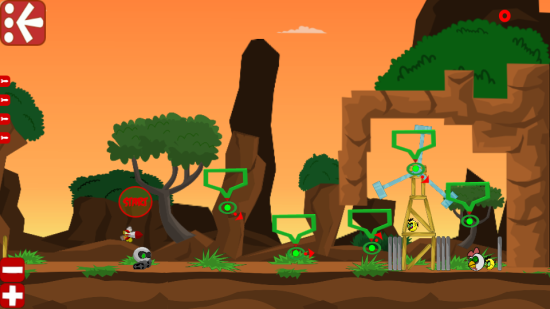 How to play Robot VS Birds Zombies for Android:

First, get Robot VS Birds Zombies for Android from the link or QR code at the end of the article. When this free game for Android is launched you will have the intro screen as seen here. Click on the blue arrow to continue. 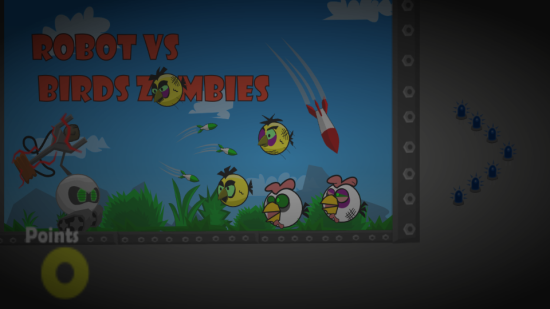 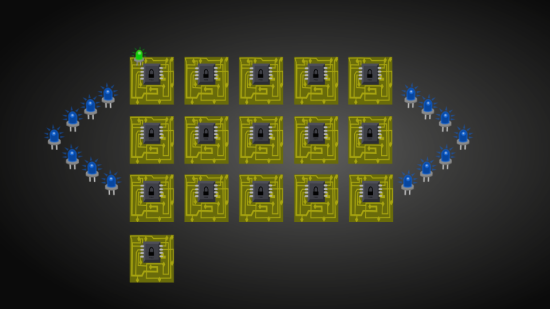 When a stage is loaded you will have some crazy zombie birds in front you in their defenses. And you will have a rocket waiting to pound the birds. To guide the rocket, simply move the green pointers in such a manner that the rocket is aligned to the target. 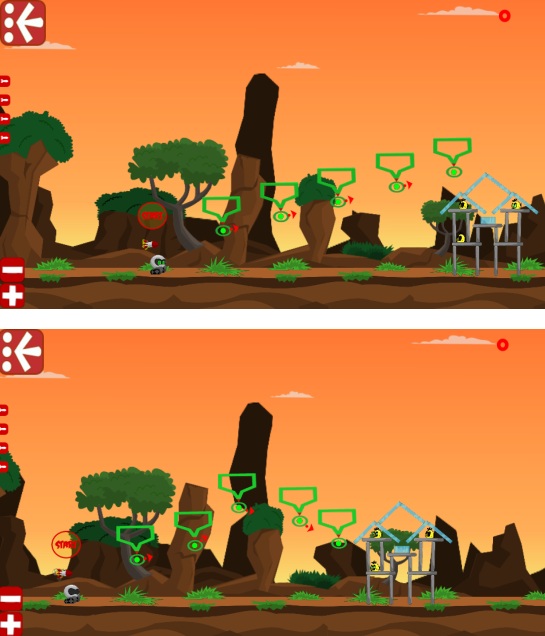 Click on the start button over the robot to launch the rocket and it will follow the pointers and strike the target blowing up the birds. If you kill all of them, off to the next stage otherwise you have four more rockets to finish them off otherwise you lose. 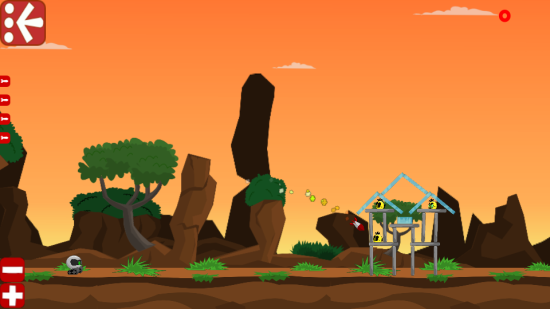 The stages become complex quiet, fast which is challenging. This makes the game really fun. The graphics are okay, but the interesting concept and gameplay keep you engaged in the game. 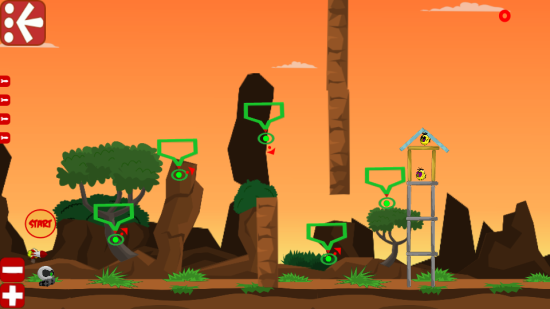 I expected it to be a copy of Angry Bird with just different characters but the game turned out to be different, fun and entertaining. Get Robot VS Birds Zombies for Android and rain death upon crazy zombie birds using rockets. Solve their evil puzzles and kill them as fast as you can, stop the spread of zombie creating virus.

Get Robot VS Birds Zombies for Android here or scan the QR code below. 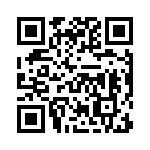