Here’s a list of 5 soft key apps for Android which you can use to have the soft keys for back, home and settings, instead of the capacitive ones underneath the screen. You’ve probably seen that some Android phones have these basic keys separate from the screen, usually as backlit buttons located underneath the screen. They are actually embedded (hardware) keys. Other phones have them emulated by the system on the screen itself, these are software keys, or soft keys.

Following apps will help you activate soft keys on your device, in case the hardware ones stopped working on your phone, for example. 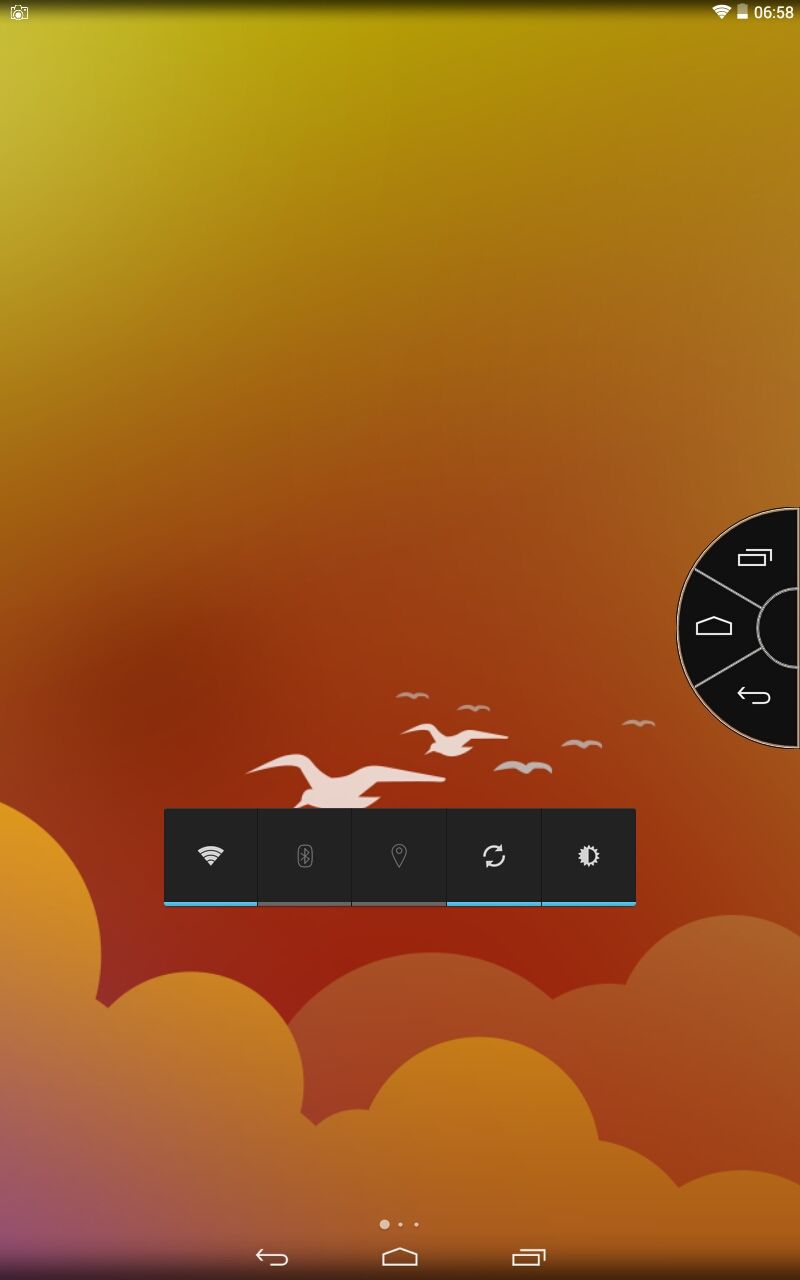 Handy Soft Keys puts circular soft keys on the side of your screen. They are overlaid soft keys which are going to be activated after you tap on the screen once to turn on the activator arrow.

With the arrow active, just swipe from right over it and the buttons are going to appear. Their design is a bit different but everything works. As soon as you tap on a button, the keys are hidden again. You’ll have to go through the whole process to activate the buttons again. 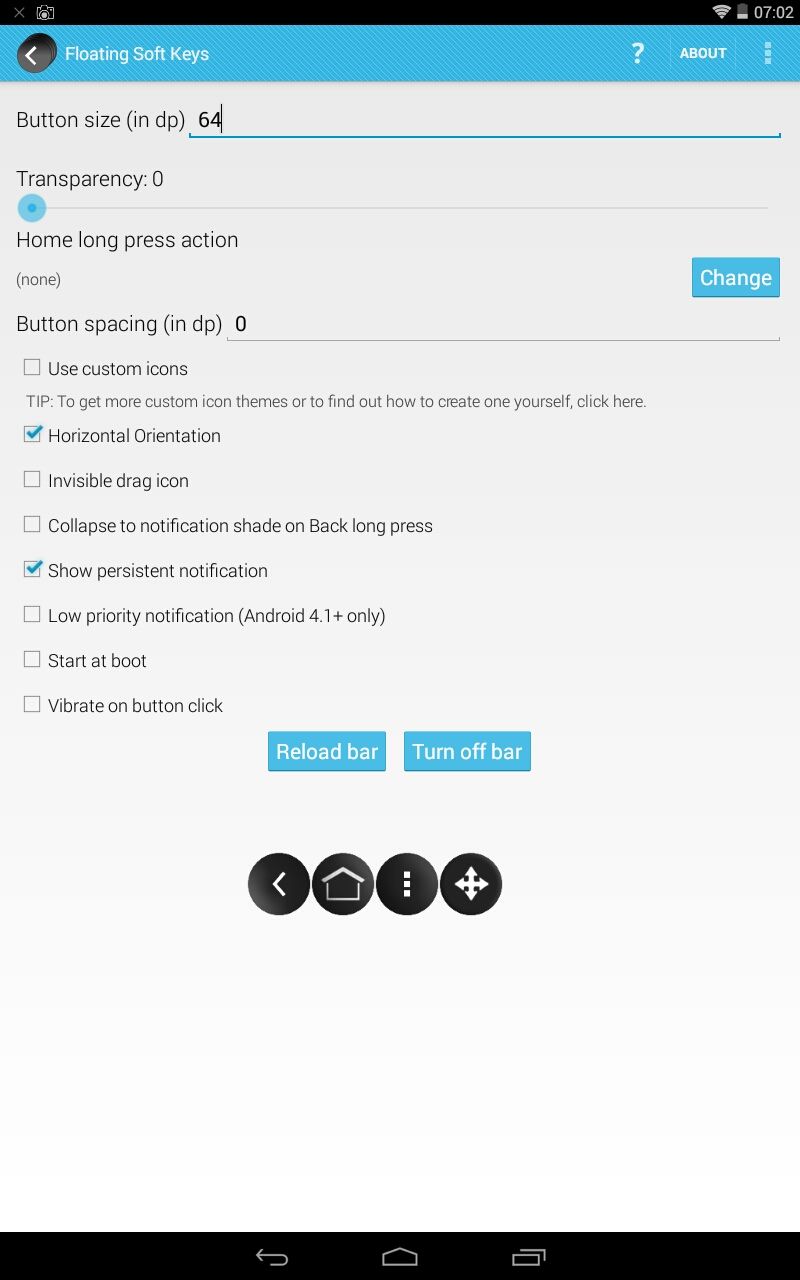 Floating Soft Keys is a soft key app for Android which works differently from all the other soft key apps that I tested. Instead of showing buttons on the sides of the screen, they can be anywhere you want them to be.

Notice the positioning button next to the usual three (back, home and settings). Tap on that button allows you to drag the entire toolbar anywhere on the screen. It can be minimized to the notification tray and accessed from there. Button spacing, transparency and size can be tweaked to your hearts desire. As the title of this app suggests, root is required for it to work.

Also, have a look at 5 Free Jokes Apps For Android. 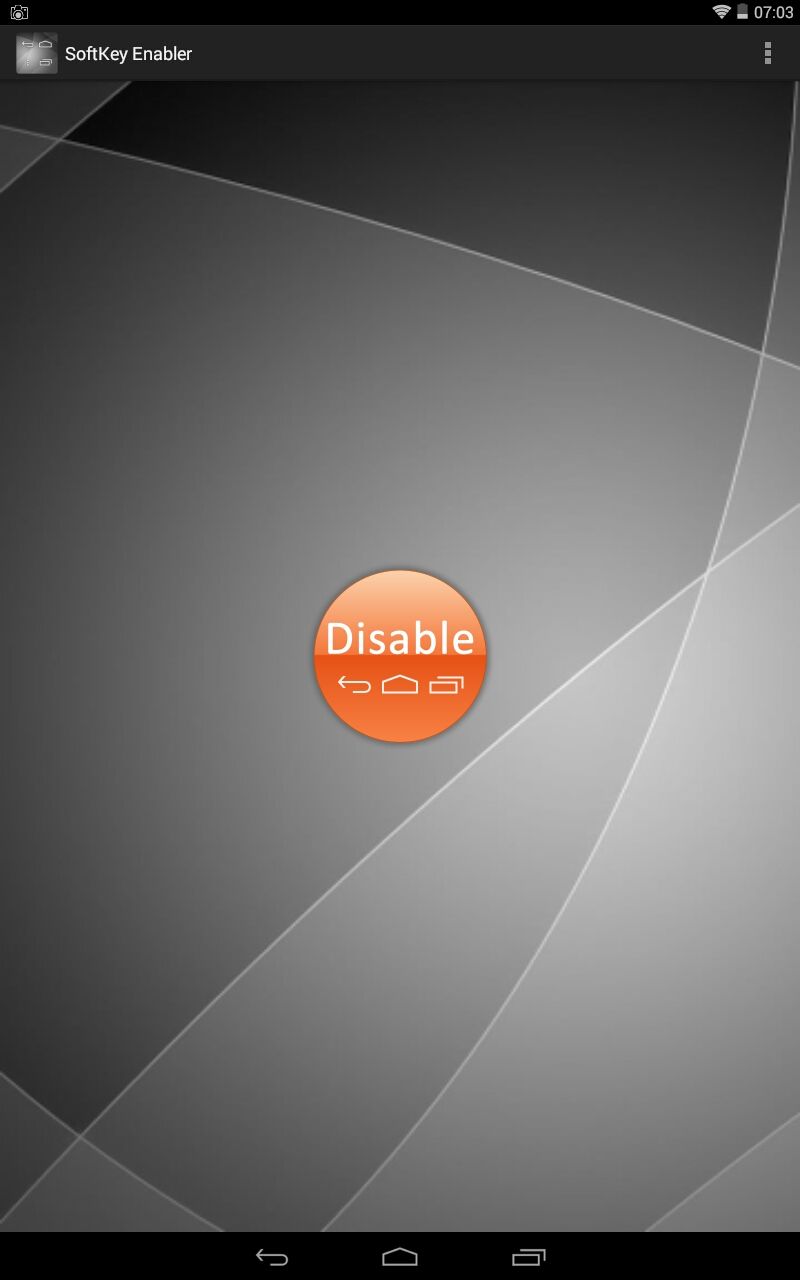 SoftKey Enabler just creates a standard set of soft keys at the bottom of the screen. Root is required here as well.

To get the soft keys, first run the app and activate it, then reboot the device otherwise you won’t see anything different. Changes are applied only after you’ve rebooted the device. 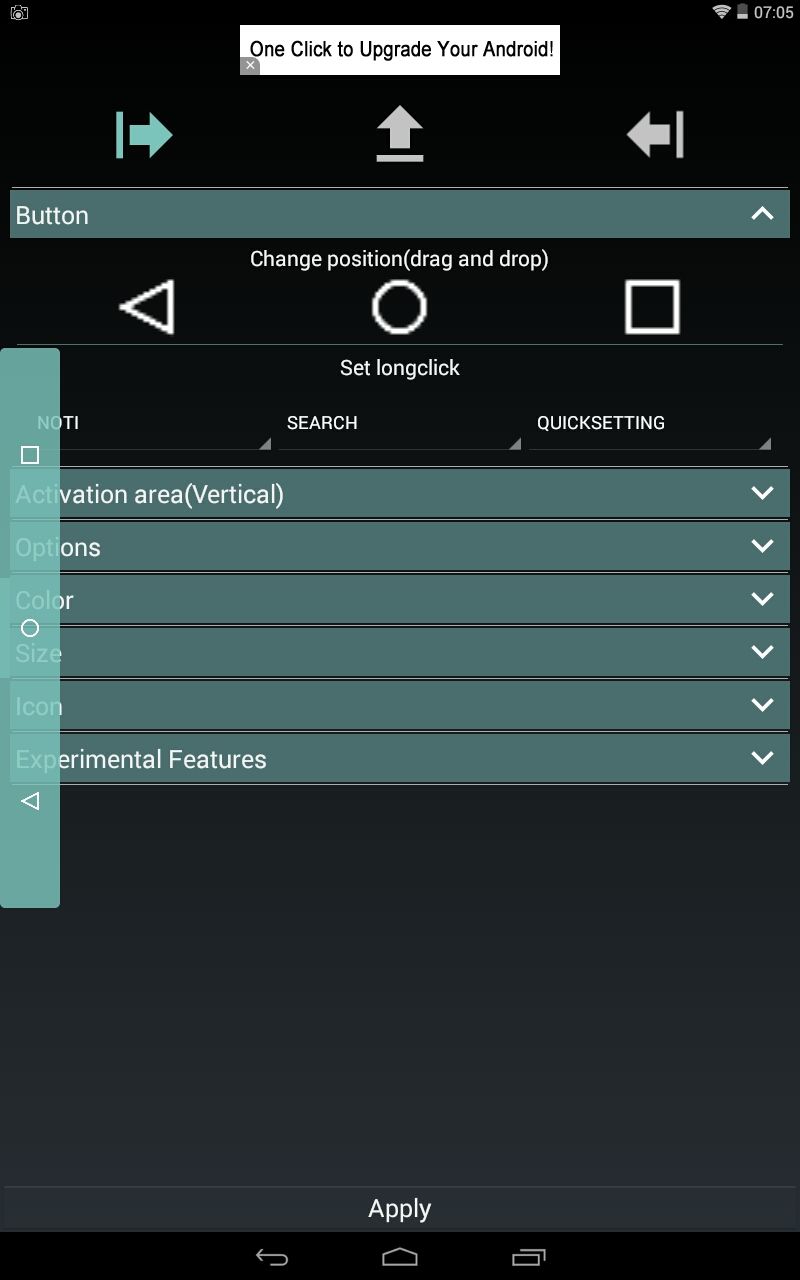 Simple Control doesn’t require root, and it has a lot of customizations, different themes that you can apply to the soft keys.

Position of the keys, their size and color can also be tweaked. They can be either vertical or horizontal. Only requirements for the keys to work is that you allow the app to run by opening up Settings >> Accessibility. They are activated by swiping from the edge of the screen, depending on where the keys were placed (horizontal or vertical).

Also, have a look at 5 Endless Running Games For Android. 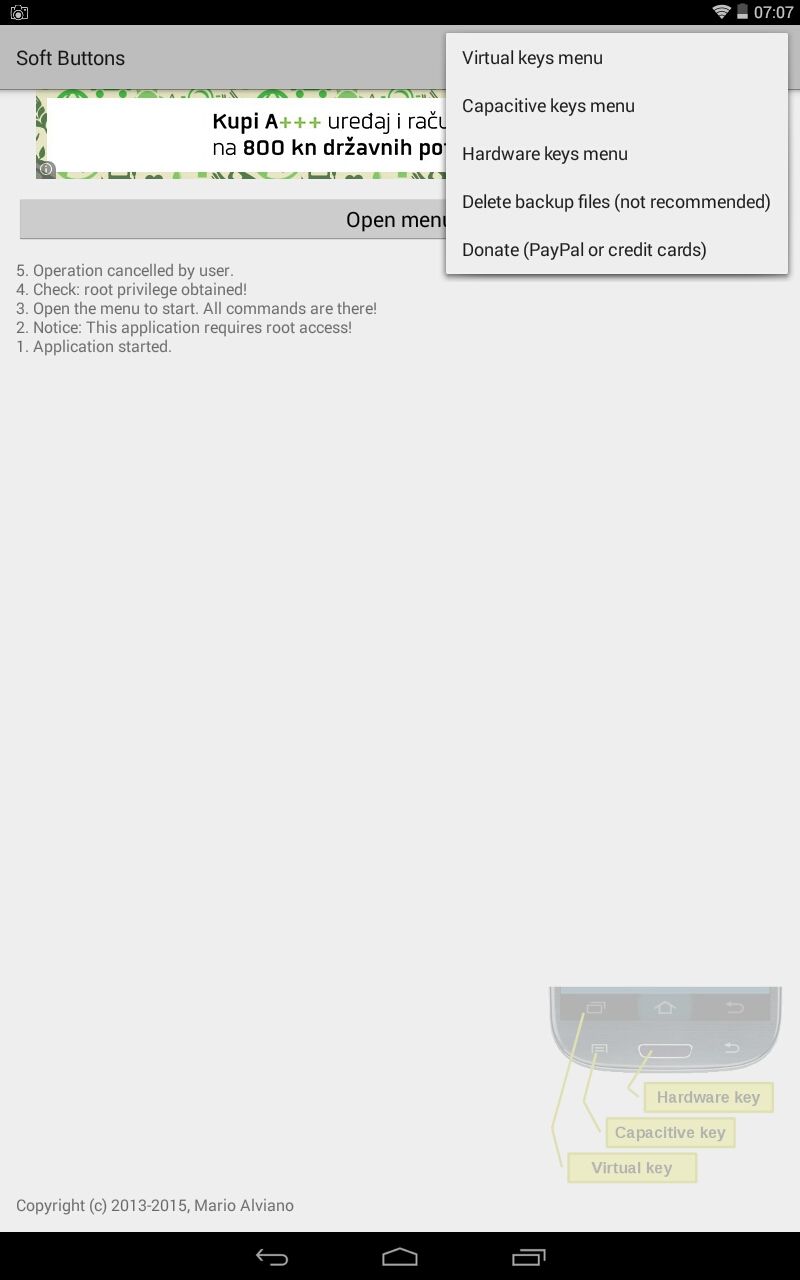 Soft Buttons is very similar to SoftKey Enabler. Once you run the app and tap on the “Activate” button, you’re going to see a standard set of soft keys at the bottom of the screen.

Phone needs to be rooted, and has additional separate configuration options for hardware keys and software keys. They can be accessed from the top right corner menu button.

Simple Control and SoftKey Enabler are easy to use and they worked great for me so I suggest that you try those two first. Other soft keys apps for Android that I tested also worked, but note that they might not work on your device, since not all phones and tablets are the same.