Here are some of the apps that I liked most. 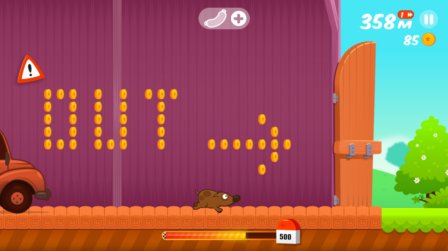 In Space Dog Run you get to be a dog that crashes from Space and is then chased around by a butcher truck. Your goal is to clear every level without getting caught by the butcher.

There are hurdles on every level, and there are also boosts. You need to jump or slide to avoid them, the hurdles that is. Boosts are sausages which can help you run faster to escape the butcher. 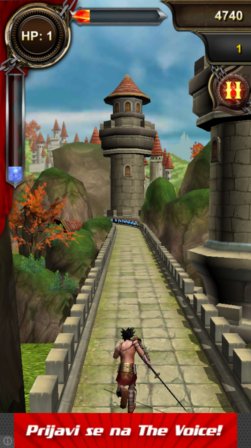 Running Quest is very similar to Temple Run only here instead of being chased by monkeys, you are chasing a master thief who stole the crown jewels.

Like you can see from the image above, there’s a lot of similarities between this game and Temple Run. What’s added are bad guys with whom you need to fight when running (that’s why you’re running with a sword). Everything else is very similar to Temple Run.

Make sure to also have a look at 5 Flappy Bird Alternatives For Android. 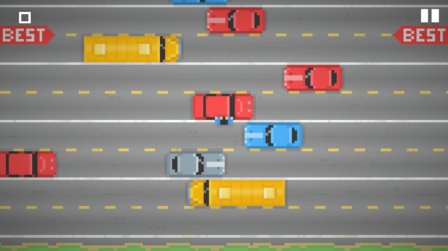 Road Run: Endless Runner is a game that has the same infuriating elements that Flappy Bird had. Namely it’s very difficult to play.

Here instead of guiding a bird through a minefield of Super Mario tubes, you guide a pedestrian through a very busy highway. I played this game for a while and it started driving me insane within the first couple of minutes. Play at your own risk. 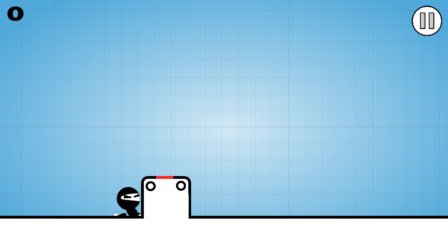 One thing that I can say about Obstarun is that it’s fast, it’s very fast, especially later on as you progress through the game.

Game can be played either by going through the levels, where the goal is to go through as much levels as humanly possible, and it also has an endless running mode, where you need to run as far as possible. Obstacles are square boxes that you either need to jump over or duck to avoid.

Also have a look at Android Flappy Bird Alternative That Lets You Change Difficulty, Speed. 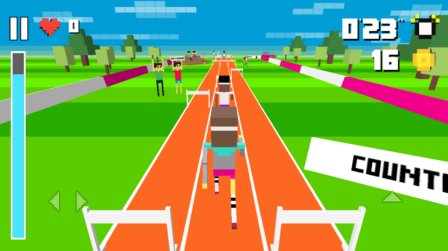 Retro Runners – Endless Run is for all those who are interested in having an old fashioned, retro, game of endless running.

Game doesn’t have advanced graphics, it is a retro endless running game after all, but it has a great gameplay. You’re an athlete running on a track and the goal is to avoid water holes and obstacles. Coins have to be collected (for high score) and also water from the audience to give your runner energy.

Retro Runners is a very playable game, I recommend it to everyone interested in endless running games. Road Run is also good, but note that you’ll go insane playing that game. It’s addicting and you run the risk of throwing your mobile phone into the wall, so like I said, play it at your own risk.