In this list, we talk about 5 free alternatives to the Flappy Bird app for Android. Flappy Bird took the Android market by a storm, and sadly its developer pulled it off from the Play Store over the previous weekend for uncited reasons. Again, it is indeed very sad for all the people who hadn’t had the chance to try out the Flappy Bird Android app because now, they can’t grab the game off the Play Store. But fear not! Today we talk about 5 free alternatives for the much popular Flappy Bird app for Android. So what if the app is not available anymore? Hardworking developers have done their best to bring a similar experience to their apps, and in this list, we acknowledge their effort and review the best 5 free alternatives for the Flappy Bird Android app. There is one drawback though-before I talk about these apps, let me tell you that none of these apps have Google+ integration like the original Flappy Bird app and hence these apps do not support leaderboards!

All these apps have similar controls to the Flappy Bird app, and by tapping you can control the bird to fly through obstacles. Let’s get into the details of these apps now. 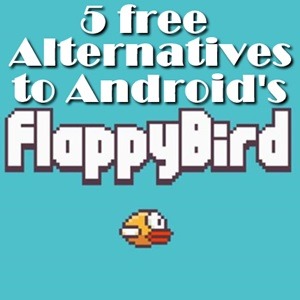 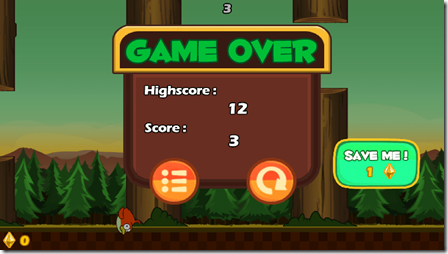 Clumsy Bird is a free alternative for Flappy Bird app for Android. The app actually has better graphics than the original Flappy Bird app, and in this game, instead of flying through the gaps between pipes, you fly through the gaps between trees. The one major difference that this game has from Flappy Bird is that in this game, you play in landscape mode, whereas in Flappy Bird, the game was optimized to make use of the portrait mode of the phone. You also miss out on the leaderboard functionality in this game that Flappy Bird used to offer. Apart from all of that, it’s a pretty decent clone of Flappy Bird with the same tap to fly controls. The app also has gem powerups which can be purchased from within the app. These powerups allow you to get a second life and continue with the score that you attained before dying. 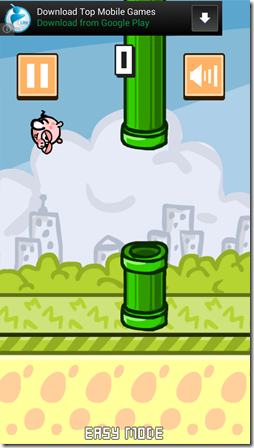 Flappy Pig: Birds is a good take on Flappy Bird game. In this game, instead of tapping and flying a bird, you have to control a cute looking pig which has wings and fly it through the obstacles by tapping the screen at appropriate timing. The game when launched presents you with three game modes- Easy, Medium and Hard. Choose the difficulty level that you desire and you will be shown the flying pig which you have to tap and fly through the gaps between the pipes. When your game is over, you can choose to submit it to the online server. Through the main screen of the app, you can choose to view the all time high scores by clicking on the Boards button. The game is a lot of fun and I highly recommend it! 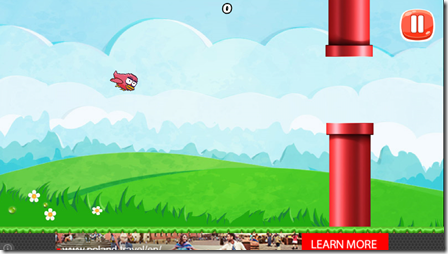 Fartie Bird is a hilarious take on the Flappy Bird game. The bird doesn’t flap but flies with the power of its farts! The game upon launching presents itself in a landscape mode on your screen, and you can tap to fly (or fart :P) the bird. The objective of the game is to fly the bird through gaps between maximum pipes to achieve the highest score possible. The controls of the game are very straightforward, and not a lot of insight is needed to figure out the game! Your score will be presented to you when your bird strikes an obstacle and dies. Again, we miss the leaderboard that the original Flappy Bird app offered, so you can’t really compare your scores with your friends because of the lack of the social linking of this app to your Google+ account. 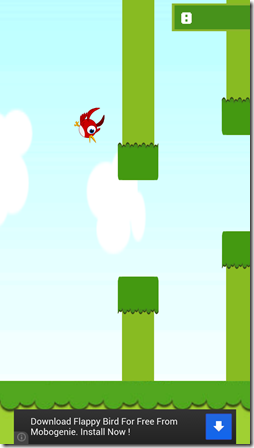 Flappy Flying works on the same principle as the Flappy Bird app for Android. You just have to tap the bird to fly it between obstacles like pipes. The objective of the game is simple- tap the screen and clear as many obstacles as possible to get the highest score possible. The game is insanely addictive! When you launch it, it launches in a portrait format on your screen. The score gets displayed at the top right corner. Simply launch the app, and start tapping to start the game and to guide the bird over the obstacles! 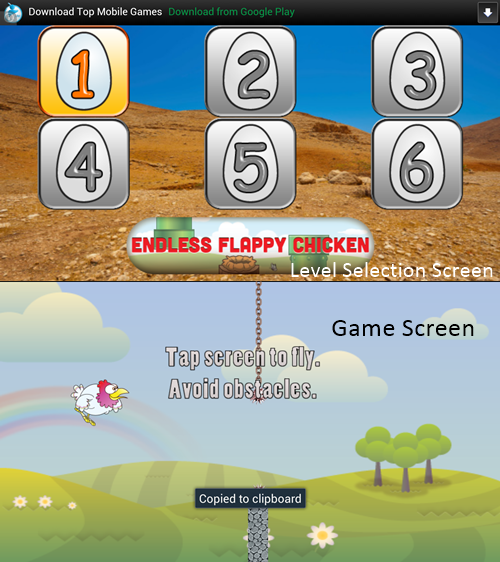 Flappy Chicken is another Flappy Bird spinoff that works in the same way as the original Flappy Bird app used to. The app has clean graphics and the best part about this app is that it contains a set of levels that can actually be completed unlike the original Flappy Bird app that was unwinnable. The app when launched provides a screen where you will be asked to select a level and you can start playing. It’s also worth noting that the graphics of the game are different for different levels, thereby providing a much welcome change from the same type of environment that may get monotonous! The app is absolutely free, and I’m sure that you’re going to love it! There is also an Endless Flappy Chicken mode in the game which you can choose in the level selection screen if you want to play a game that’s a never ending game of pipe obstacles!!!

This concludes our list of 5 Free Alternatives for the Flappy Bird Android app. It’s sad that Flappy Bird is gone and we can’t get it anymore from the Google Play Store, but for now, these apps will have to make do. None of these apps have the leaderboard functionality that the original Flappy Bird app had through which it connected with Google+ and allowed you to compare your scores with your friends, and that’s a big bummer. But hey! These apps are not bad at all, and if you want to have a feel of what the Flappy Bird app felt like on Android, you can definitely check out any of the apps mentioned above! :)