Flash Alerts is a flash alert app which will turn your camera flash into a notification light for incoming calls and text messages. 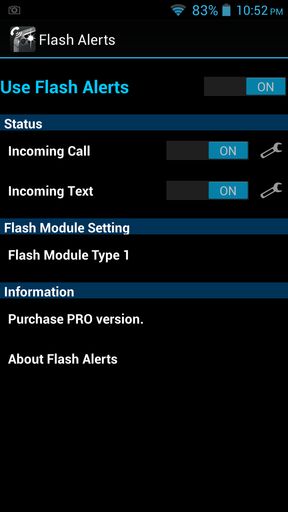 For me it worked with incoming calls and text messages. Led won’t flash with full intensity, so it’s not too annoying, just enough to turn your attention to your mobile phone.

Flash Alerts on Call / Sms will flash alerts about incoming calls and SMS messages, the same way that Flash Alerts does. 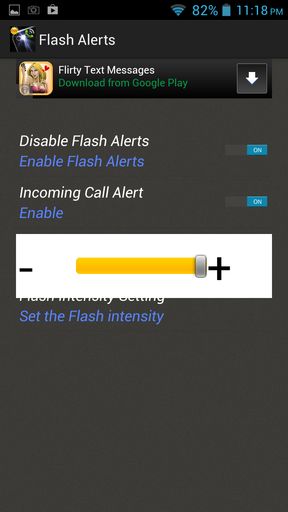 Difference between the two is that Flash Alerts on Call / Sms lets you setup the flash interval. Flash intensity cannot be changed, only it’s intensity between very fast to very slow flashing (couple of seconds between flashes).

Get Flash Alerts on Call / Sms.

Flash Light Alerts has a lot more settings to tweak than what the previously two mentioned flash alert apps have to offer. 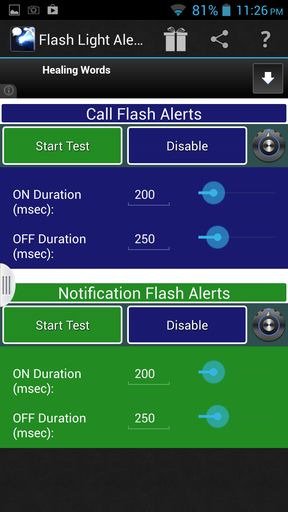 This app supposedly comes with 3 different flash drivers, so it should be supported on more mobile phones. It integrates with your phone so that it turns off flash notifications when silent mode is activated, or to turn them on when the screen is locked. Interval between flashes and the duration of the flash can be setup down to a millisecond, see image above.

flashME is the complete opposite of Flash Light Alerts. It has practically no settings. After installing the app, you only get notifications when someone calls or sends a message. 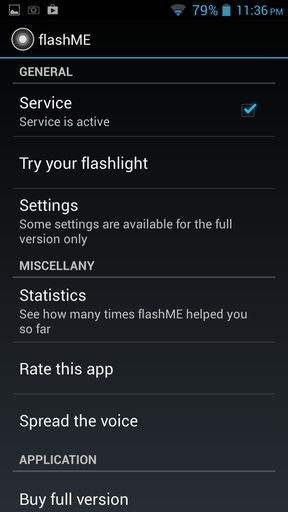 More settings can be tweaked, but in the pro version, which is paid. Pro version has more features, hence more settings that you can tweak.

Flash Alerts by FA Studio is a mix between FlashME and Flash Light Alerts. In other words, this flash alert app has just the right amount of features and consequently settings that you can tweak. 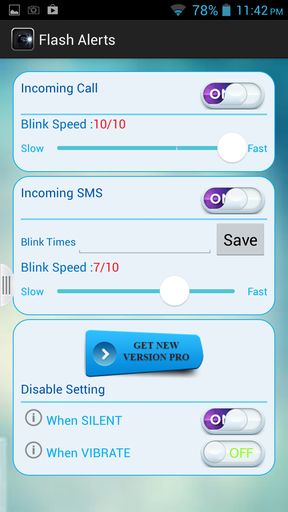 It allows you to set the flash alert interval, it can automatically turn off flash notification when on silent or vibrate mode, etc.

Get Flash Alerts by FA Studios.

I like the last flash alert app from the list, Flash Alerts by FA Studio. It’s an app that has the best combination of features, while at the same time staying simple. Other apps that I mentioned are also just as good, for you some of them might even be better, depending on what your needs are, you basically can’t go wrong, no matter which one your choose. Leave a comment down below with your opinions and suggestions.