Here’s a list of 3 Flappy Bird games for Windows 10 which are basically clones of the very popular mobile game that caused many frustrations around the world. If you haven’t heard about it so far, Flappy Bird is a game where you need to control a bird through a series of obstacles. Goal is to get as far possible through the level without touching the obstacles, which in the original were pipes.

Games from the list down below will let you enjoy in a round of Flappy Bird on your Windows 10 powered desktop. 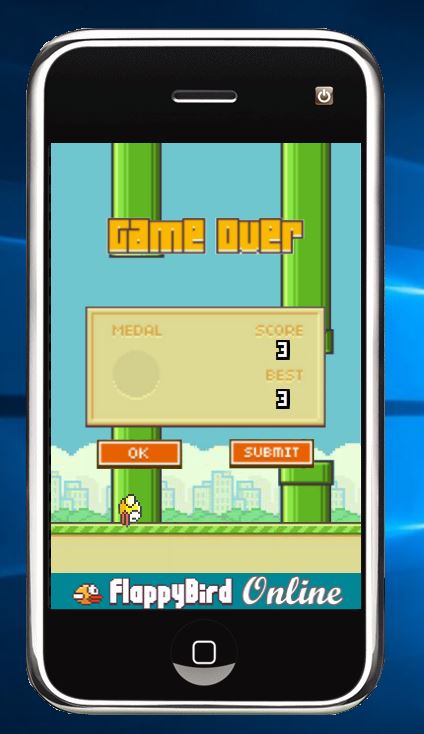 Flappy Bird is the definitive clone of Flappy Bird for Windows 10. You can see the mobile roots of this game because the interface of the desktop reincarnation has an actual mobile phone simulation. Instead of tapping on the screen, how you normally controlled the game on mobile devices with a touch screen, here you hit the Space key on the keyboard.

There’s no point in talking about graphics, resolutions or anything like that. Breathtaking looks was never the goal of Flappy Bird. It’s goal was to cause as much anger and angst as possible. Your goal is to guide the Flappy Bird through the air and between the green pipes. As you can see from the image above, I’m not very good at this game, but hopefully you’ll have better luck.

Also, have a look at 5 Free Flappy Bird Games For Windows 8. 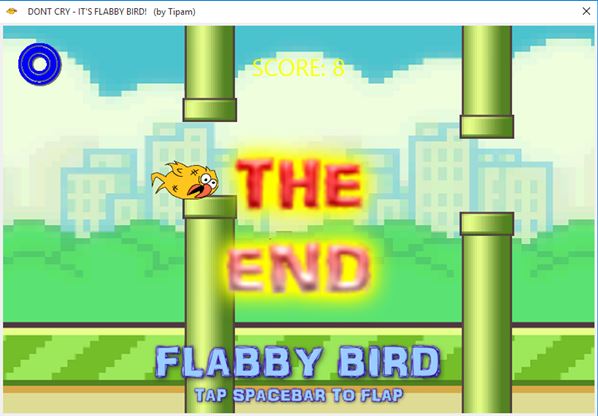 Flabby Birds is a Flappy Bird game for Windows 10 where you can see that the developers have put a bit more effort into it and actually made something that is better suited for desktop.

Game window is resizeable, which means that the game can be played on larger screens more comfortably. Controls aren’t as responsive as I’d like them to be, but you can still guide the Flappy bird through the pipes with some getting used to. Graphics are a bit different here, as you can see from the image above. Spacebar is used to control the flight, how high the bird is going to fly. 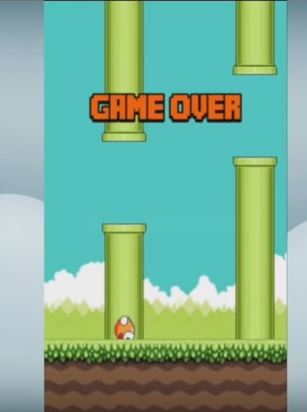 Snappy Bird has the same game mechanics and practically the same design look and feel like the original Flappy Bird game from the start of this list. What’s different between the two is that with Snappy Bird you don’t get the bulky mobile phone interface.

Game interface is available only at the center of the screen, but that’s a good thing because otherwise it would be stretched out, like it is the case to some extent with Flabby Birds. Game is very responsive, just like the first Flappy Bird game from the list. One thing I should mention is that I received an error that OCX file is missing. I had to install it manually for the game to launch.

Also, have a look at RETRY: Flappy Bird Like iPad Arcade Game from Team Rovio.

Flappy Bird is my favorite from the list of Flappy Bird games for Windows 10 above. It has the most realistic look and feel of the original Flappy Bird. Snappy Bird comes close behind in second place, but since it gave me some troubles during setup, I would suggest that you just go with Flappy Bird, the first game from the list, right away. Let me know which Flappy bird game for Windows 10 you play the most by leaving a comment down below.