RETRY is a free Flappy Bird like iPad arcade game from Team Rovio, developers of Angry Birds franchise, but with a much better game play and concept. In this game, you have to keep flying a plane instead of the bird but with improved and interesting level, challenges, and tricks. The game includes different levels which will take you on fun filled roller coaster ride with increment in difficulty levels as you will proceed.

The game has old school 8-bit interface just like Flappy Bird along with different obstacles, collecting coins, unique levels, various achievements. and you can even fly the plane by forming continuous loops. The game lets you link your Facebook account. You can also check leaderboard via Game Center. 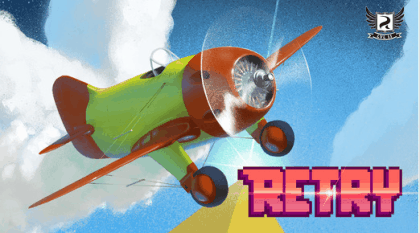 In this game, you will get a plane which you need to keep flying in order to keep playing the game. You have to tap on the screen to keep the plane flying and if you stop tapping, then plane will start falling. It sounds simple, but the game is not all about keeping it in the air. You have to fly the plane, as well as make it to the ground sometimes depending on the level you are playing. In some levels, you may also need to do some looping tricks. 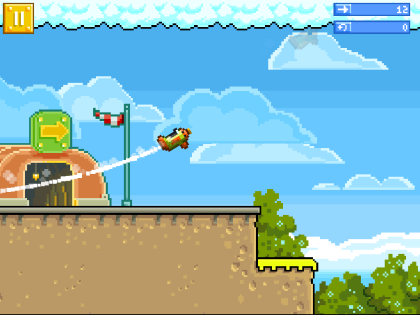 If you ever fail to clear any level then don’t worry, you only need to one thing which is referred by the game’s name “RETRY”. 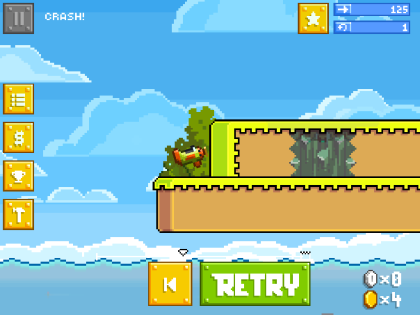 The game has different levels for you to play and you can play higher level only after completing the lower ones. At the start of each level, you will see the objectives which you need to complete for gaining stars. 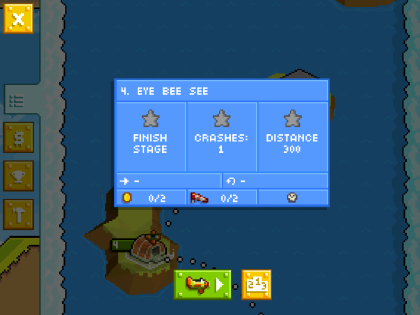 Now while playing the game, you have to tap on the screen to keep it flying, tap and hold on the screen to fly it in a loop, and stop tapping to make it go towards ground. You have to use these three controls as a combination depending on your level. 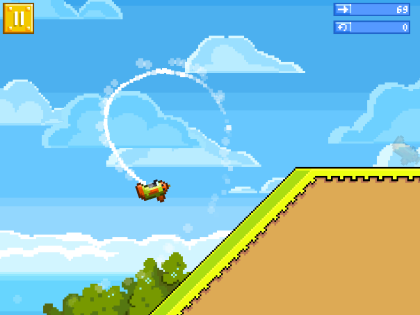 If you are able to complete the level, then you will earn scores and stars. These stars help you as you will proceed in the game to unlock various locked items. 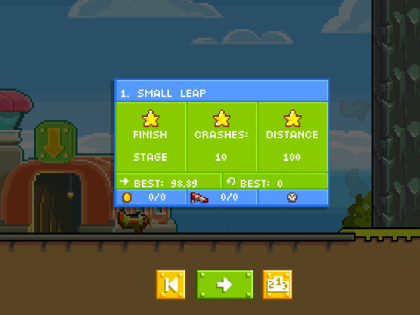 You may also like: 5 Flappy Bird Alternative for iPhone.

RETRY is  an awesome Flappy Bird like iPad arcade game and is really interesting and addictive. If you loved Flappy Bird, then you will also love this game. The game has unique levels and balanced level of difficulty which not only makes it difficult to clear them, but also gives you the confidence that you can pull it off.