The ever so popular Flappy Bird game has been taken off of the Android Play Store and iOS App Store. Unfortunately, it never debuted on the Windows 8 platform, but clever developers have successfully managed to release games for Windows 8 platform that clone the Flappy Bird game successfully. In this list, we talk about 5 free Flappy Bird games for Windows 8, in which you have to guide the bird through the gaps in between the pipes which serve as the obstacle to your bird. As soon as you hit the pipe, your bird dies and its game over.

Let’s read on more about these games and how exactly they work. 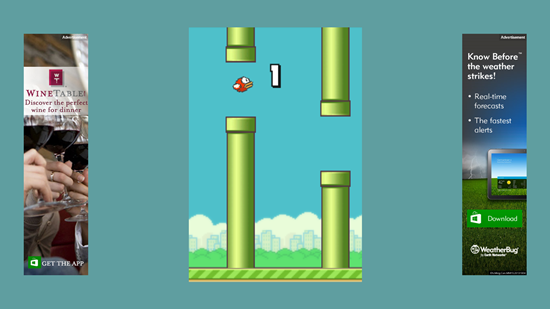 Flappy Birds Free is a game that is perfect clone of the Flappy Bird game. With absolutely same surroundings and similar pipe obstacles, the app will keep you entertained for hours. When launched, the game will show advertisements on either side of the screen, and the main game itself at the centre of the screen. To flap the bird and navigate it, you have to use mouse clicks. The objective of this game is to get to as high score as possible, without letting the bird die. 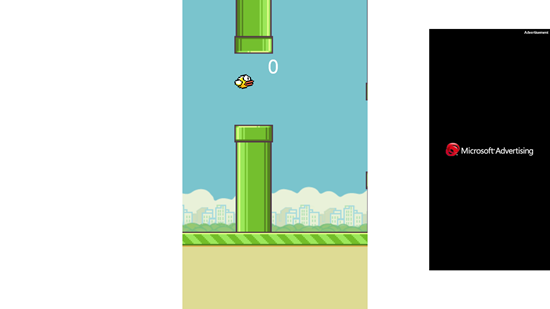 Flappy Bird! is a free app that allows you to play the Flappy Bird game on your Windows 8 device. The gameplay is very smooth, and the game supports touch as well as non touch controls. You can use mouse clicks or you can tap on the screen to navigate the bird through the gaps in between the pipes. Unfortunately, the game doesn’t work in snapped mode, though the screen would make you think otherwise. Another thing that I don’t like is that the game runs in a boxed interface instead of using up the full screen interface. Apart from that, it’s pretty fun to play! 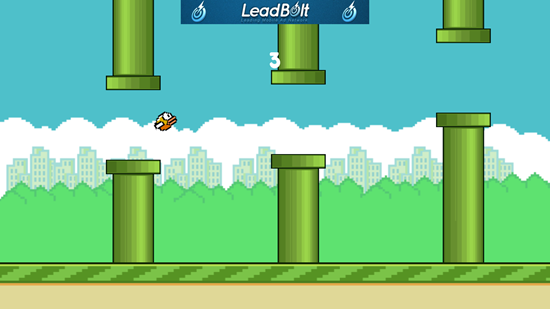 Flappy Bird is another free Flappy Bird alternative for Windows 8 devices. The app mimics the theme of the original Flappy Bird game, but there is something else that I really like about this game, and that is, the game renders in full screen mode. Apart from a small ad being at the top of the screen, the game doesn’t have any more intrusions. When the game ends, you also get the option to choose from 4 background themes! Pretty neat, if you ask me! 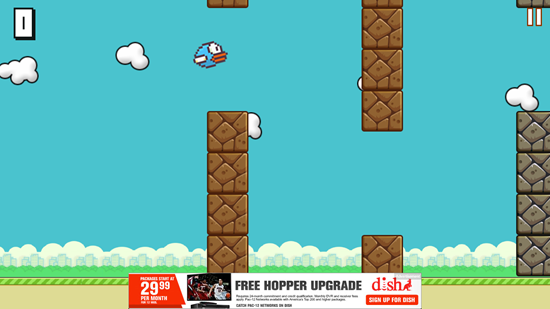 Flappy Bird HD is another free game that brings you the Flappy Bird gaming experience on your Windows 8 device. The controls are the same as the games that we talked about above, with pressing the left mouse button or tapping on the screen (on touch devices) allowing you to fly the bird. This game also runs in full screen mode, giving you a completely immersive experience on your Windows 8 device. Instead of the pipes, however, in this game, you have to navigate the bird between the gaps in walls made out of stone. The gaming experience is pretty neat and smooth! 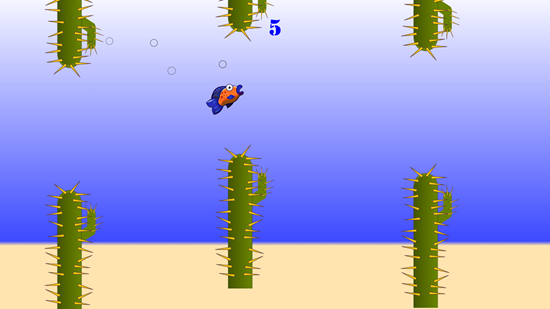 Not necessarily a clone of the Flappy Bird game, Flappy Fishes is still based on the same concept. In this game, you have to navigate the fish between cactus like sea plants and try to achieve the highest possible score. The game ends when you hit the spikes of the plant. The game plays very smoothly, and the controls are the same as any of the games we talked about above, with the left mouse click allowing the fish to go up. Tapping gesture on touch screen enabled Windows 8 devices is also supported.