Here’s a list of 5 bubble shooter games for Android which you can use to have fun playing bubble shooters on your Android powered tablets or smartphone. Most gamers are casual gamers who are only looking for a quick way to pass time. Bubble shooter games definitely fall in the casual games category. They can help out when waiting in line at the store, waiting for the doctors appointment, during a traffic jam and so on. They are also not very hardware demanding, meaning you won’t have problems running them on older phones if you happen to have one. 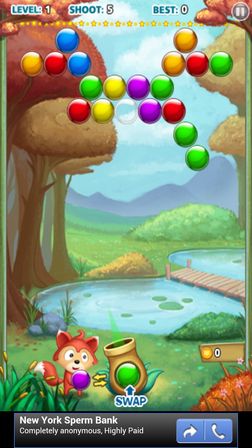 Bubble Shooter by Cool Mango is very advanced when compared to all the other games that I mentioned in this review.

Game has around 300 levels, grouped into different categories depending on the kind of scenery that can be seen in the background. There are two game modes, Endless, where the balls are continuously coming down from above, and arcade, where you have to clear all the levels. 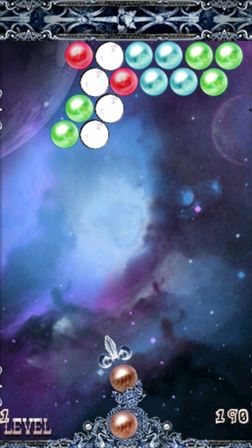 Shoot Bubble Deluxe is a simple bubble shooter game. There are hundreds of levels that you can go through.

Two types of games can be played puzzles and arcades. They are the same like the ones that Bubble Shooter has, in puzzles you need to pass levels. Arcade tests you by constantly sending new bubbles from the top.

Also have a look at 5 Free Android Shooting Games. 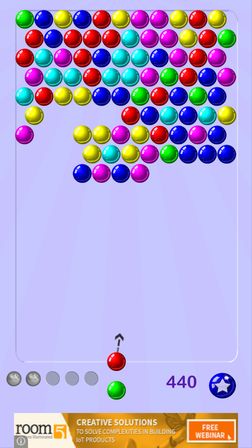 This bubble shooting game has aiming functionality if you tap and hold down the tap. If you’re holding down the tap you’re going to see a cross-hairs marker on the screen. 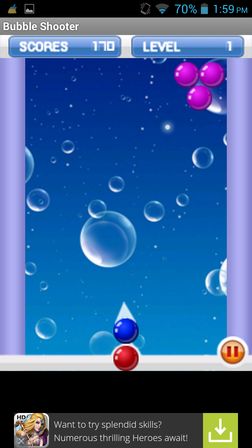 Bubble Shooter by andream is very simplistic. For example, there’s only game mode, the arcade game mode where you need to go beat levels to get to the next one.

Interface doesn’t look like much to be honest, but the game is responsive, even more so than most of the other bubble shooter games that I mentioned on this list. Use Bubble Shooter by andream if your phone has problems running Bubble Shooter by Cool Mango.

Get Bubble Shooter by andream. 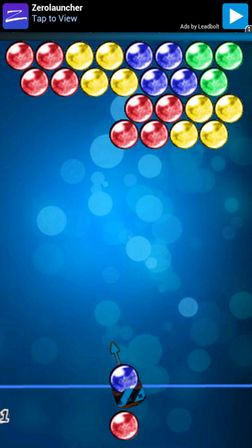 Last game from the list takes simplicity to the extreme by not having any kind of menu.

Game starts right away after you run the app. Menus are non-existing, just tap on the app icon and start playing. Shoot as many bubbles as you can. 3 bubbles minimum have to be combined in order for them to fall down, just like it is the case with all the other games that I mentioned here.

Each game from the list above is a lot of fun. Bubble Shooter by Cool Mango feels the most complete out of them all, because it has a nicely setup interface and everything is in its place so to speak. For some casual gaming, you can’t go wrong no matter which app from above you choose. Let me know what you think in comments down below.