We will discuss 5 popular shooting games. All these games work offline except submitting scores on game scoreboard. 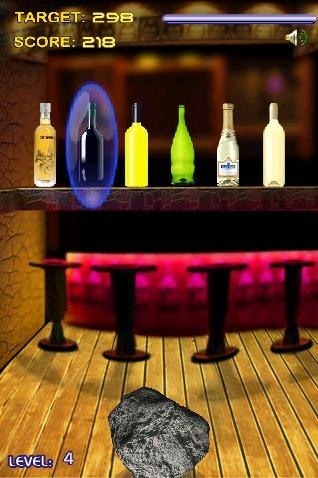 Bottle Shoot is a free Android game to play Bottle shoot on Android. This Android game is a simple game which can be easily played on Android. Just launch the game and you are all set. Start playing the game without any sign-up or registration. Bottle Shoot is one of the popular game in Google Play Store. The whole concept of the game is to break maximum bottles in minimum time. You have to touch and throw the stone in such a way that it directly hits the bottles to break them one by one. Touch the stone and move the stone in forward direction facing each bottle placed on a table.

The Interface of Bottle Shoot gives you feeling like you are playing this game in a bar or a club. I really enjoyed playing the game because of its simplicity and increasing levels. The game level increases which depends on how good you play the game. You can increase your score by clearing games stages in minimum time. Your aim should be good enough that it should hit the bottle in one go. Don’t waste the shots, as wasting the shots decreases the time left to clear the stages. Score as high as you can and then submit your best scores to the scoreboard of the game to challenge other players online. 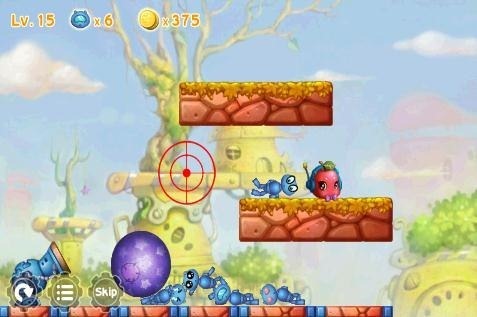 Shoot the Apple is another free and quite an interesting game in Google Play Store. This Android shoot game has a concept of shooting apples with aliens and cannon. The main aim of the game is to cross the obstacles and let the alien reach the apple. As soon as the alien reaches the apple, the game stage completes at that particular point of time. Now, you can play next level. The game has come up with multiple game levels with increasing difficulty. To play the game, you just have to point the shooter in such a way, that the alien reaches the apple with minimum shots. Also, Shoot the Apple is one of the popular games in Google Play Store. 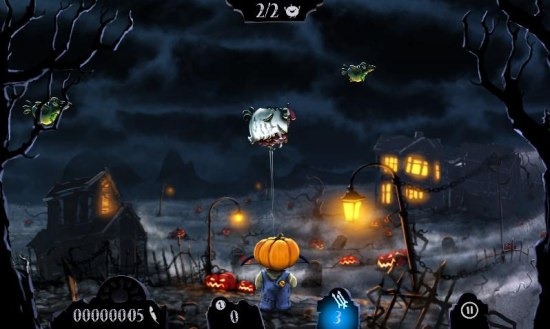 Shoot The Zombirds is a free Android shooting game to play with Zombirds, undead birds, and Pumpkin boy. You are the Pumpkin boy in the game. Now you have to protect Pumpkins from the evil birds which are against pumpkins. You have to shoot zombies and undead birds to protect Pumpkins from the evil birds and zombies. There are many zombies and birds to kill. kill them all and win the game. You have been provided with limited arrows which you have to use carefully without wasting. You can easily increase number of arrows by killing more and more zombies and undead birds. I don’t know about game levels, as I was unable to clear even the first stage of the game. You can play the game, crack the level, and then check out for more levels. Make your scores beat the top players of the game by checking up the scores from the game scoreboard. 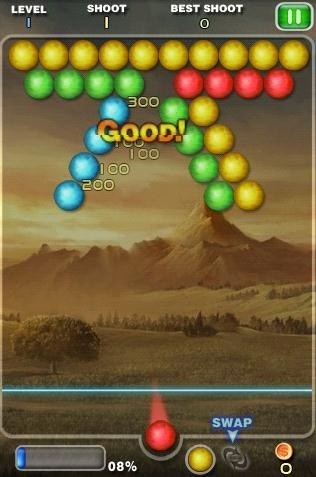 Bubble Shoot is a free Android game. The concept of the game is to kill all the bubbles with a shooter ball. The bubbles in the game are of different colors. You can kill bubbles of one color with a shooter ball of same color. Now, kill the bubbles in such a way that one shoot should kill as many bubbles as it can. Shooting maximum bubbles with one shot increases your game score. Before killing the bubbles, make sure that 3 or more bubbles of same color should be clubbed together. This lets you kill the bubbles in one shot. Also, the game has Arcade mode which makes the game more interesting and enjoyable. In arcade mode, you need to clear all the descending bubbles which forces you to clear all the bubbles as soon as possible. You can play through 270 levels. 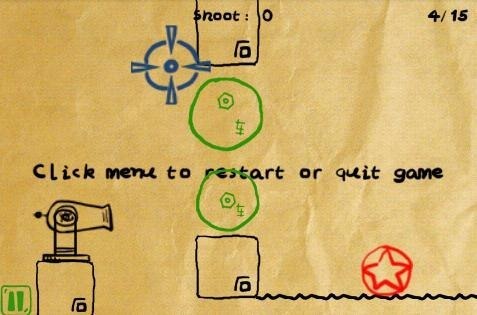 Shoot U! (Lite) is a free Android app. The interface looks like a hand-drawing style game. Everything looks as if you have drawn and then converted the drawing into the game. The concept of the game is similar to “shoot the apple” game which we have discussed above. You can make the aliens reach the star and clear the levels. You have to make the aliens cross multiple obstacles and reach the red colored stars. Save number of shots which in-turn increase the total game score. The increasing level increases the difficulty level of the game. Just install the game and start playing it on your Android phone.

Lets us know in comments below, if you find some other interesting shooting games for Android.

You can check out Wild Killing game and Air Attack (AD) game for Android reviewed by us.