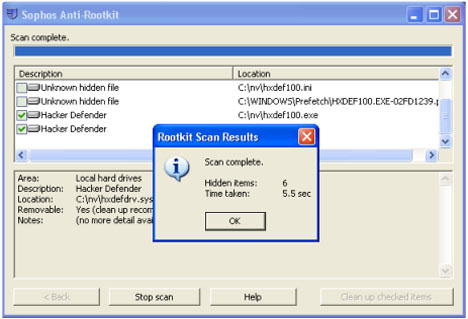 Here are some of the features of this Free Anti-Rootkit software:

Sophos Anti-Rootkit is a free standalone software that is easy to use. Download of the free version requires free registration.