muCommander is a file manager which features a dual pane interface, can be used on all three major operating systems, Windows, Linux and Mac, and best of all it’s completely free. Cross-platform compatibility is made possible by the fact that muCommander is a Java application, and all those who are interested in using this free file manager, regardless of the operating system, are gonna have to have either Java installed or a Java equivalent. 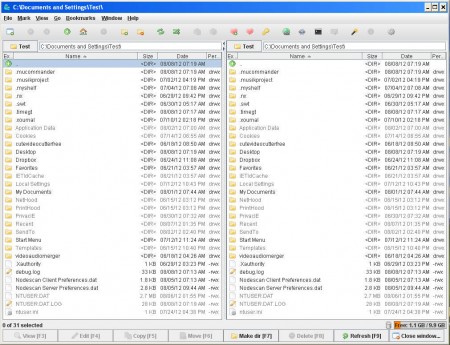 At first glance interface of muCommander looks similar to other file managers, but there are some subtle differences, for example muCommander has themes. If you don’t like the default color scheme it can be changed by clicking on Window and then selecting Themes. Differences in the interface of muCommander and other similar applications might not be very big, but when it comes to functionalities, that’s where you really start to see how advanced muCommander is. Some of the useful features which can be found in muCommander are:

Next to these, standard file manipulations are also available, file copying, moving, deleting, directory creation, the basics, all of which are made easier by the fact that there are two panes which you can use for easier file browsing.

How to manage files with muCommander free file manager

Let’s face it, when it comes to file managing Windows Explorer isn’t that great, especially the one which comes with Windows XP. Window 7 did bring some improvements, but it’s still not very good, and those who need increased functionality have to look elsewhere. File manipulation in muCommander is very easy. 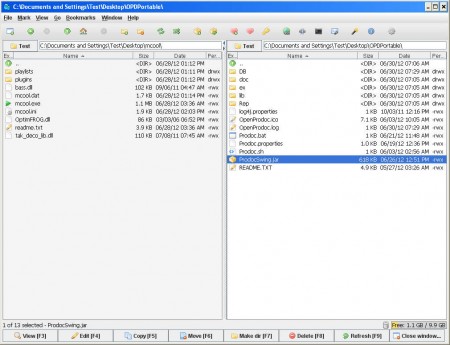 In each one of the panes open the locations where files that you want to manage are stored. To copy something you can either drag and drop files from one pane to another or click F6 while the files that you want to copy are marked. All the commands are located in the bottom part of the screen. You might also notice that there are some files present in your folder which normally aren’t there when you’re using Windows Explorer, those are the hidden system files which can be seen in muCommander.

Image previews are also available and you can also connect to web servers in order to either upload or download data, perfect for webmasters who need to manage their websites.

Managing files, for those who have large hard drives and a lot of files, can be a bit problematic with muCommander you get a lot of useful tools and tricks which should help you manage your files more efficiently. FTP connections are a big plus, so make sure to test out muCommander and see how all the features that it has to offer can help you out