Kill The Dog From Duck Hunt is an online game to shoot the dog instead of ducks, in the famous Duck Hunt game.

Duck Hunt a popular TV video game was developed by Nintendo in 1984. Every TV video game kit, came with a special gun; which is mostly used for Duck hunt game only. In Duck Hunt, your aim is to shoot ducks and the dog is your pet. But the irritating part is when the dog laughs at you when you don’t shoot a duck in a round (Click here to read more about Duck Hunt). Now this Kill The Dog from Duck Hunt game allows you take revenge on this dog, by shooting the dog alone.

In this game after you click to play, you will see the dog entering (the game graphics and sound effects are original as that of Duck Hunt). The dog jumps into the bushes and after few seconds the dog appears at a random spot. You have to use your mouse left click to shoot the dog. The dog appears nearly 20 times and you have to try to shoot the dog everytime. For every shot you will score 200 points. 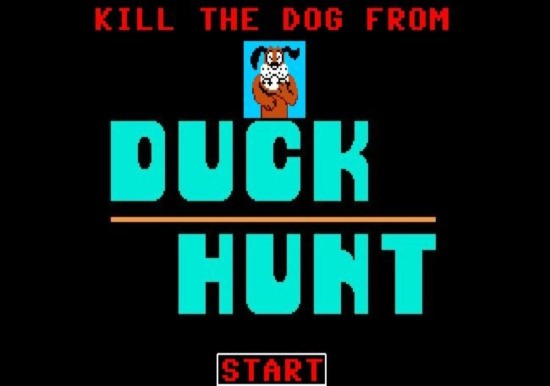 Try shooting the dog many times and score more than 2,000 points (that is more than 10 times). If you score less than 2,000, then the dog will laugh and say “You suck Practice!” and if you score more than 2,000 then it says “Not bad, but not perfect”. So, try shooting the dog as many times as you can and score high. Just use your mouse and move fast to shoot the dog. The dog appears and disappears in a fraction of seconds. So, score high and don’t let the dog laugh at you, even after you are given such a big chance. 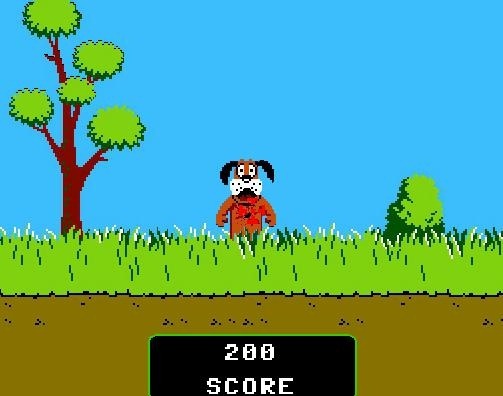 Kill The Dog from Duck Hunt is a fun to play game. So have fun shooting the dog in the same old manner with same sound effects like the Duck Hunt game. You can also try other games like: Indestructo tank and Coma.