This game was developed by Nintendo in 1984 based on Laser Clay Shooting game released in 1976. This game was included in every cartridge cassette with Mario Game. Though it was released long back, this game still has the same reputation as other famous TV Video like Free Mario Forever, Contra and Super Contra for PC. 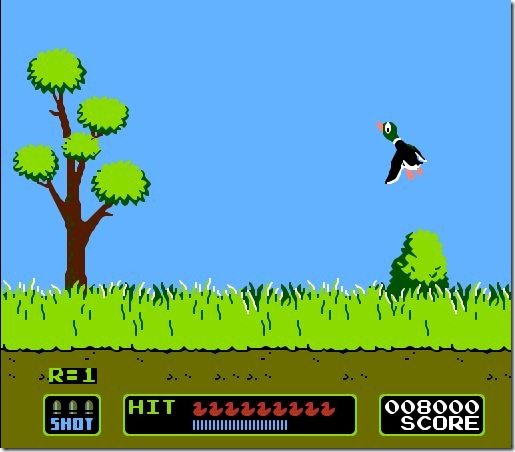 Reason behind Writing about this Shooting Game:

In my childhood days I was very excited when I got my first TV Video Game. When I opened it with all enthusiasm, I saw a Gun in the package. I quickly plugged it in and searched for the Game which makes use of the Gun. Then I discovered this shooting game Duck Hunt. So, fascinating and thrilling it was to use that gun. Even my parents used to play this game a lot.

Suddenly before writing about this game, I asked my friend:”How does the gun shoot exactly at the duck dude?” Then we googled it seriously and found that the gun has a photodiode which detects the light coming from screen. You can check the whole explanation at How Stuff Works. 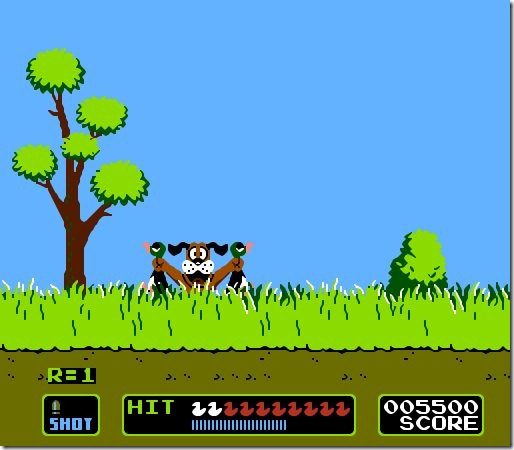 A dog appears in the beginning and jumps into the grass. Then the ducks start appearing. If you shoot a duck then the dog retrieves the shot duck or else it laughs at us. There is a Bonus Round also in which the Dog comes in between to distract you. If you shoot the dog the bonus round ends.

You can choose the modes by using Shift key. Start or Pause the game by using Enter. You can shoot with your Mouse. 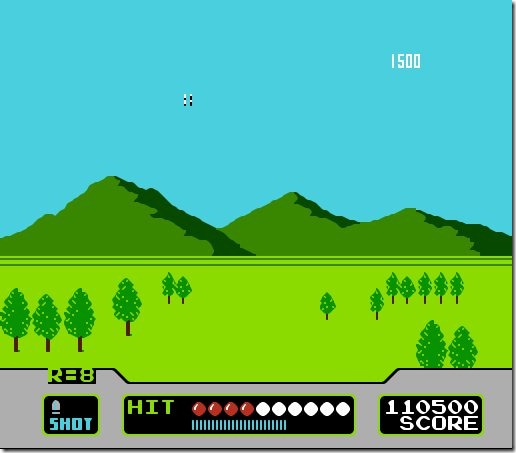 If you feel that there is no difference in the stages at all, then I have an interesting fact for you. After the 99thstage there is a kill screen. In the kill screen, the ducks are all scattered to shoot at. The dog appears in between sometimes when there are no ducks to shoot at. This ends the game.