Secure Mail for Gmail (by Streak) 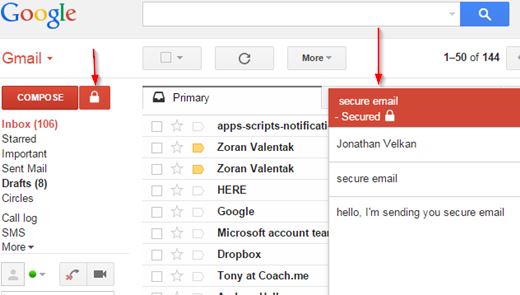 Secure Mail for Gmail adds a separate compose new email button in Gmail. This new button will create an encrypted email. Encrypted emails require you to setup a decryption password (you’re asked to type in the password after hitting the “Send” button).

Before the email is sent out, it’s going to be encrypted (text of it scrambled) and only those who have the password will be able to decrypt it. People who receive encrypted emails will also have to have Secure Mail for Gmail extension installed and they have to know the password you used..

Get Secure Mail for Gmail (by Streak). 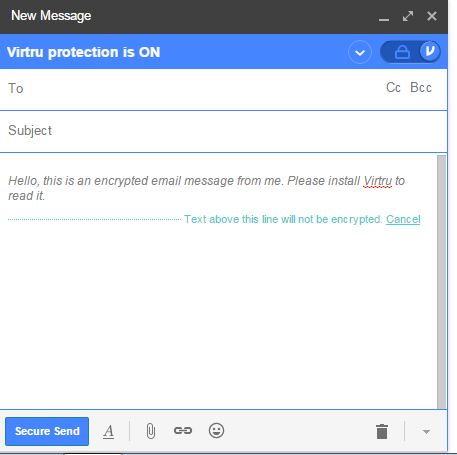 Virtru Email Encrpytion uses email addresses in order to secure the emails that are sent out through Gmail, Google apps and even other email providers. Vitru works with Chrome, Firefox, Outlook and there are even apps for Android and iOS.

To send secure emails, you need to make sure that the blue lock check mark is ticked at the top of the window. Sent emails are securely transferred through the Vitru server. You control who accesses encrypted emails by creating address white lists. Only those email addresses that you clear can access the message on the Vitru website by following the link from the notification email that the recipients get. 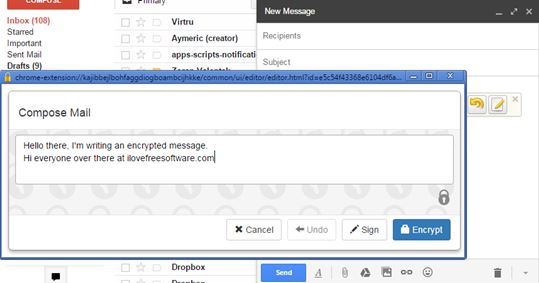 Mailvelope is one of those handy multi-function email encryption extensions. It supports Gmail, GMX, Outlook.com, Posteo, Web.de and Yahoo.

Mailvelope uses OpenPGP to sign and encrypt messages that you send using it. Person who receives the message will have to know your PGP key in order to open and read messages. Other webmail clients can be configured manually, so that the extension works with them. Instructions on how to do that can be found on the Mailvelope website. 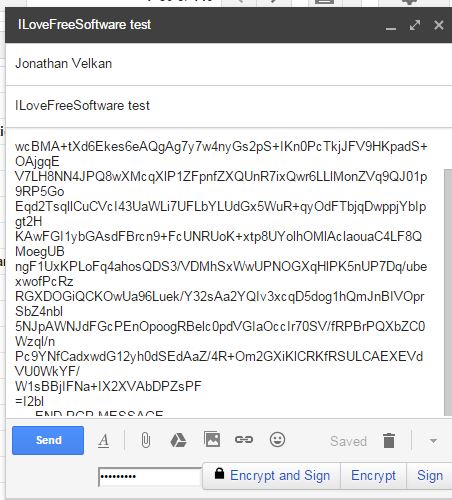 Mymail-Crypt is a PGP email encryption extension for Chrome which is optimized for Gmail.

It lets you easily create PGP encrypted and signed messages from inside the Gmail’s compose new email window. By opening up extension settings, its possible to generate private keys for quickly encrypting and signing emails using the “Encrypt and Sign” button. To decrypt messages, recipients need to have your private key.

Also, have a look at Encrypt Dropbox Files and Folders With Sookasa. 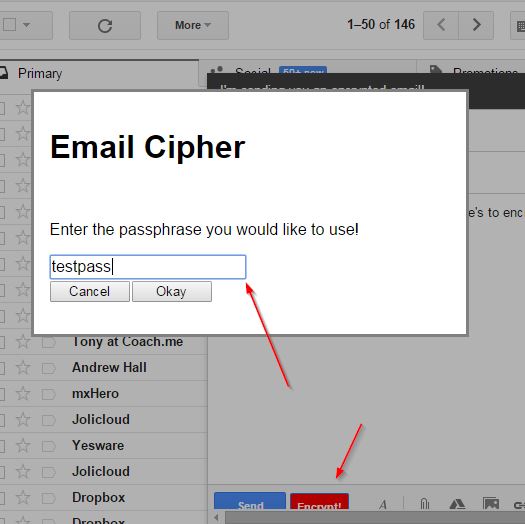 Email Encrypter is similar to Secure email for Gmail. It’s going to add a “Send encrypted email” button next to the usual “Send” button when creating new email in Gmail.

Before the message is sent out though, you’ll be asked for a password. Email is going to be sent out scrambled, encrypted. Recipients need to know your password in order to decrypt the message.

Out of the 5 encrypted email extensions for Chrome I suggest that you start with Mailvelope, because it supports lots of email providers. Email Encrypter, the last extension from the list is my second choice because it’s simple, and it lets you encrypt emails without practically any setup.