Voodoo Camera Tracker is a free tool which you can use to create and insert 3D virtual objects into actual videos created with your camera. Film studios use this type of 3D video editing software all the time, only of course it’s much more sophisticated. For a novice, Voodoo Camera Tracker is more than enough, especially if you do not have a lot of experience with this type of video editing. 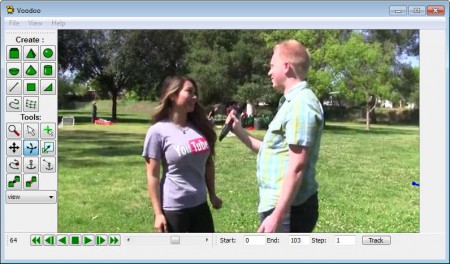 Conversion of videos into image sequences can be achieved with the help of programs like VirtualDub, also a free video editor. Importing image sequences isn’t very difficult thing to accomplish, what is a bit more difficult is creation, importing and manipulation of 3D objects on the opened video.

How to add 3D objects to videos with Voodoo Camera Tracker

First step would be to open up the video where you would like to add the 3D object, do this by clicking on File >> Open >> Sequence. Select only the first image in the sequence and Voodoo will load the rest of them automatically. 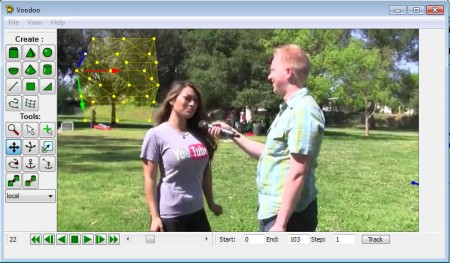 As you can see on the image above we are drawing a cube in the upper left corner of the video screen. We are using the Modeling Tools available to us on the left which have to be activated by selecting View >> Modeling Tools. With the help of these tools you can for example create a 3D logo similar to the one used by TV stations on their channels. Most of you will probably want to load your own 3D model, you can do that by selecting File >> Open >> Import 3D Object. File format that models have to have is STL, the Stereo Lithography format. There’s also a 3D preview of the models and the video available: 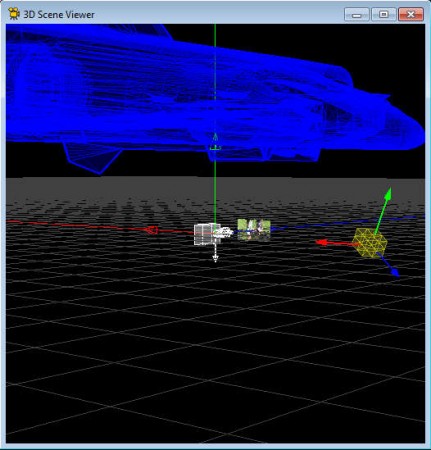 Camera is here present, cameras are used as in any other 3D modeling application for recording of the montage with the newly added models. Position of it can be changed, so you can shoot at different angles. Exporting is possible in the following formats:

Combining virtual and real scenes can come in very handy in a number of different situations, we mentioned two, when you want to add logos to videos, or when you want to create special effects with imported models. Download Voodoo Camera Tracker for free.