You have to do a few mouse clicks and then Jump Lists will be turned off completely. Also, the changes are saved instantly. Later on, when you want to display Jump Lists, you can also do it very easily. A PC or File Explorer restart is needed to view the Jump Lists again. 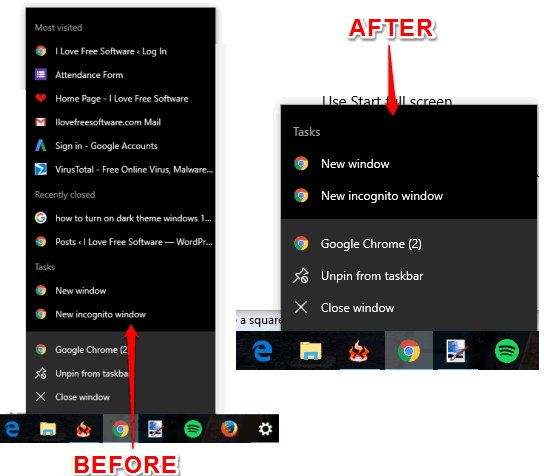 Above you can see before and after comparison for a Jump List on the Taskbar.

And in the screenshot visible below, before and after comparison of Start Menu Jump Lists is visible. 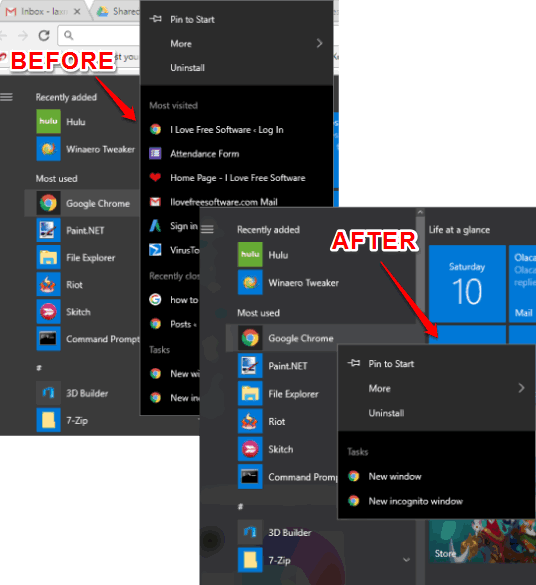 How To Turn Off Jump Lists In Windows 10? 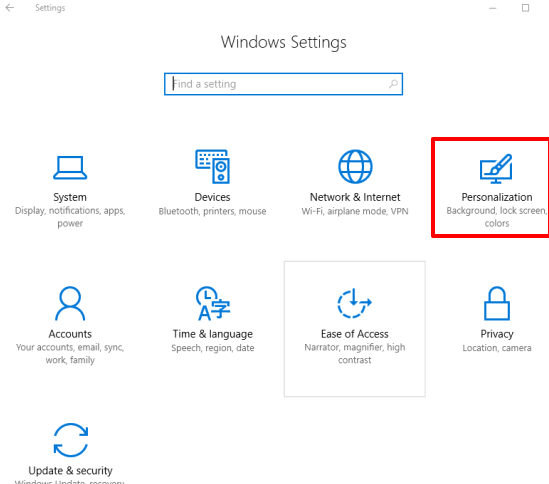 Step 2: After accessing Personalization menu, you will see multiple options at the left side. Each option has multiple sub-options. Click Start option and all the sub-options will be visible on the right side. Scroll down and you will see “Show recently opened items in Jump Lists on Start or the taskbar“. This is what you need to turn off. 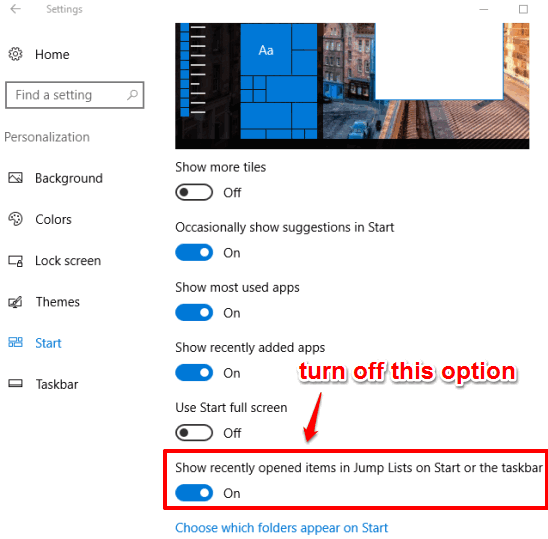 Use the button and turn off this sub-option. That’s it! You have successfully turned off Jump Lists.

Now right-click on an application pinned to Taskbar or Start Menu and you will notice that most visited and recently opened items are not visible anymore.

You may also read these interesting tutorials: Change The Number Of Recent Items Displayed In Jump Lists In Windows 10 and Quickly Access Any Folder From Windows Explorer Jump List In Windows 10.

Turning off Jump Lists has its own benefits and it also looks nice after turning off the Jump Lists of Taskbar and Start menu applications. Instead of manually cleaning or removing the most and recently visited items (which can also be frustrating if a lot of items are there), you can simply hide Jump Lists. Later on, you can bring them as per your needs.