Here’s a list of 5 basketball games for Android which you can use to play basketball inspired games on your Android powered phone and tablets. Surprisingly enough, there doesn’t seem to be that big of a competition when it comes to realistic basketball games in the Play Store. Most of them as simplistic games that are probably better suited for casual gamers. This means that if you are very demanding when it comes to graphics in games, even on mobile, titles from the list down below won’t be that impressive to you.

Let’s look at these app below. 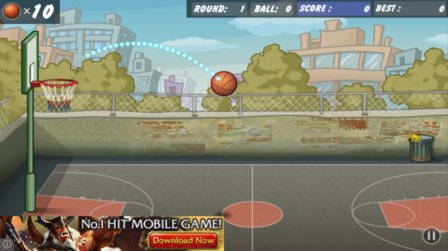 You can see from the very first game that that we’re starting off the list with what I meant when I said that there aren’t that big of a competition in realism.

By realism I’m here talking about actually playing with players, doing passes, jump shoots, etc. Basketball Shoot is a shootout game where there aren’t any players, only the basket and the ball are available. To hit the basket, you’ll have to tap on the screen, hold down the tap and move your finger to adjust the ball trajectory. Score as many baskets as you can in the allotted time frame and see how well you do against other players. 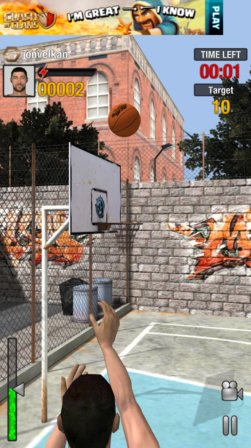 Real Basketball is the closest that you’ll get to realistic basketball on Android, at least when it comes to free basketball games.

Real Basketball another shootout game, but it’s much more advanced than Basketball Shoot. Goal is to score as much baskets as you can by swiping on the screen at just the right time (notice the strength indicator in the bottom left corner). Single player and online multiplayer game modes are available.

Also have a look at 120 Sports: Watch Live Sports Programming on Android Free. 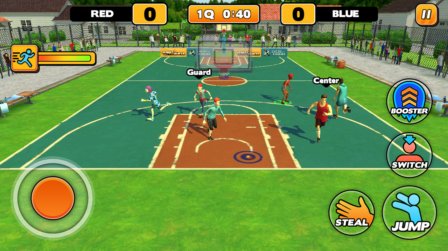 Street Dunk 3 on 3 Basketball is a basketball game where you can play actual matches, but don’t expect too much in terms of playability and graphics, like I already mentioned.

Controls are on screen and they include the movement stick on the left and the various buttons for blocks, steals, shooting and activating boosts. Controls feel a bit rigid, and graphics look childish, but the game is very fun to play once you get the hang of it.

Get Street Dunk 3 on 3 Basketball. 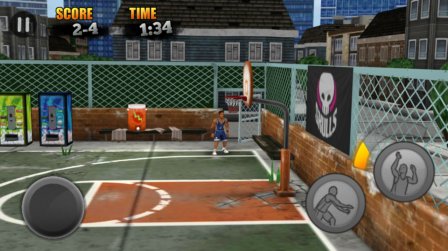 Jam City Basketball is next to Basketball Shoot my favorite basketball game out of all the other games that I tried. It has much better controls than Street Dunk and the graphics are much better, although not quite as realistic as some of you would probably like them to be.

Play in teams of two against or you can play against other people online in shootouts. Controls are simple, left stick is for movement, buttons on the right for shooting and stealing balls.

Also have a look at 5 Free Android Shooting Games. 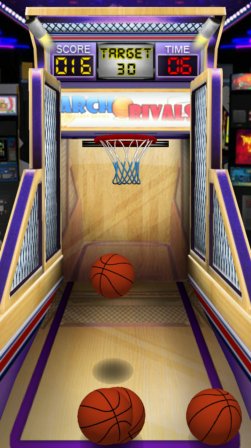 With Basketball Mania, I do a complete U-turn from the two somewhat realistic games streak that I had going.

This is another basketball shootout game that’s very fun to play. You get 4 balls and the goal is to score the basket by swiping properly.

There are two games from the list above where I had a lot of fun when playing, Jam City Basketball and Basketball Shoot. Try them both and let me know what you think in comments down below.