Step 2: Run the setup. After the setup finishes, if you are asked to restart your system, restart it. Else, simply click on finish. When the setup has been finished, you will be presented with a sidebar containing gadgets on the left side of your screen. 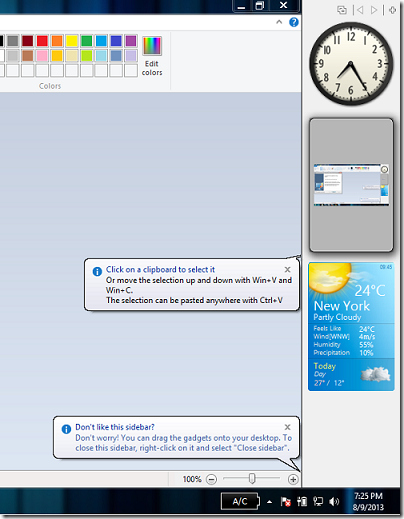 Step 3: To add gadgets to your desktop, simply right click on the desktop, and select Gadgets from the context menu that opens up. (This method is strikingly similar to the method of adding gadgets on the Windows 7 desktop, right?) Don’t worry about the Gadgets option not being present in that context menu, because once this app has been installed, the Gadgets option magically appears in the context menu! Once you have clicked on the Gadgets option, you will be presented with a list of gadgets (which will be displayed in the exact same box that you are used to seeing on Windows 7), and to add them, simply double click on a particular gadget! 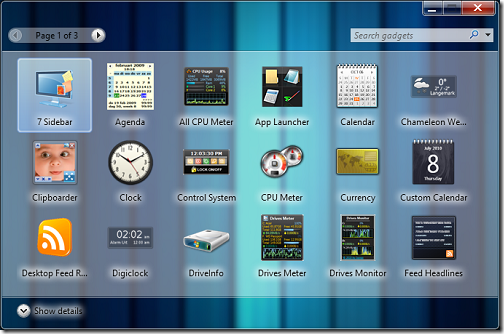 From the above window, just double click on any/all the gadgets that you want to add, and voila! they will be added to your Windows 8 desktop!

The below screenshot is what your Windows 8 desktop will look like after adding the gadgets. 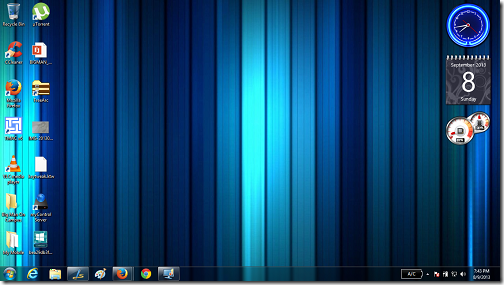 The gadgets are surprisingly and strikingly similar to the Windows 7 gadgets, and they come pre-installed with the app. All you have to do is to add them to the desktop by Right clicking on desktop –> Selecting Gadgets –> double clicking on gadget that you want to add. 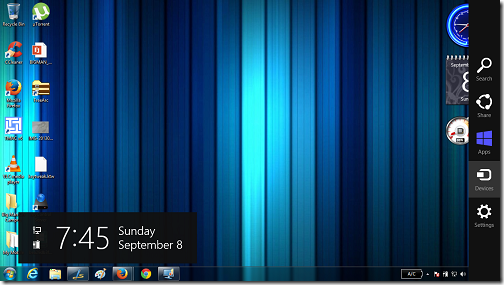 So folks, this is how you add a clock (and other gadgets, like the sticky notes etc.) to the Windows 8 desktop, without losing on any functionality of the original Windows 8! We hope that you will enjoy using this app, 8GadgetPack for Windows 8. You can also check out a similar app called Thoosje sidebar, which instead of adding individual gadgets, adds a sidebar to your Windows 8 desktop, which although looks a little bit less native, looks and feels cool as well!