Hidden Objects: Time Crimes is a free hidden object mystery game app for Windows 10. The game is very similar to the other games of this category where in you need to interact with the hidden objects laying around in the scene. The game is pretty nifty and makes for a worthy app to while away your time when you have nothing else to do up your sleeves.

What’s great about this game is that the game is absolutely free and also runs while in windowed mode, so you aren’t completely stuck to a full screen interface, which is pretty rare in the games of this format. The game is pretty fun to play and can be run on almost any system – from the system with the most basic of specs to the most advanced system out there.

Hidden Objects: Time Crimes is available for free from the Windows App Store. 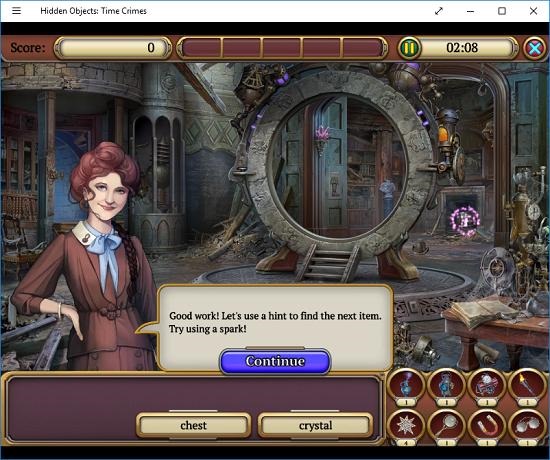 The controls of this game are relatively simple to understand. The game employs the use of Mouse. Just move the mouse around and click on objects to interact with them. Alternatively on touch screen devices, you may tap on the objects on the screen to interact with them and if you use a relatively smaller sized Windows 10 tablet, you can also employ the pinch gesture to zoom in and zoom out respectively.

The basic requirements of Hidden Objects: Time Crimes game are:

Launching the game greets you with an interface with great graphics, which sets your mood up for the gameplay that is to follow. 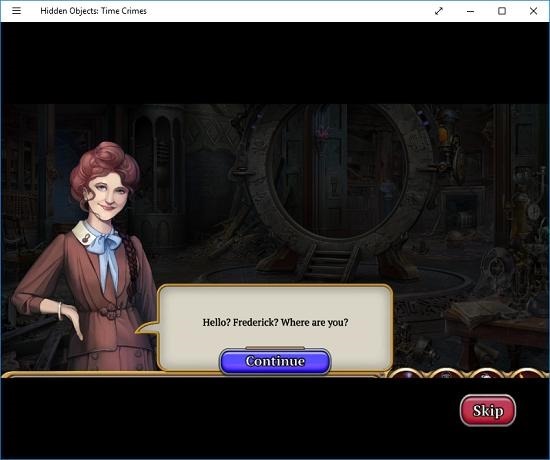 As you can see above, the game starts off with a helpful guided intro, straight off the bat . Just click on the Continue button in the dialogs that follow to proceed. You may also choose to skip the intro altogether as well via the Skip button at the bottom right of the screen.

At the onset of the game, you will be given an option where you can choose to begin the investigation. 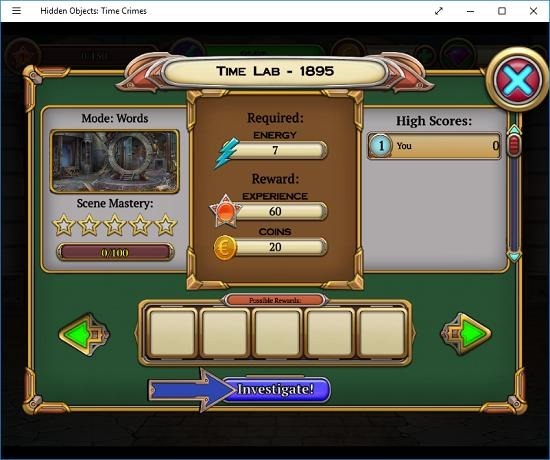 You can easily start the investigation via the Investigate button at the bottom of the screen. Once that has been done, the level follows where you need to locate the objects listed at the bottom. 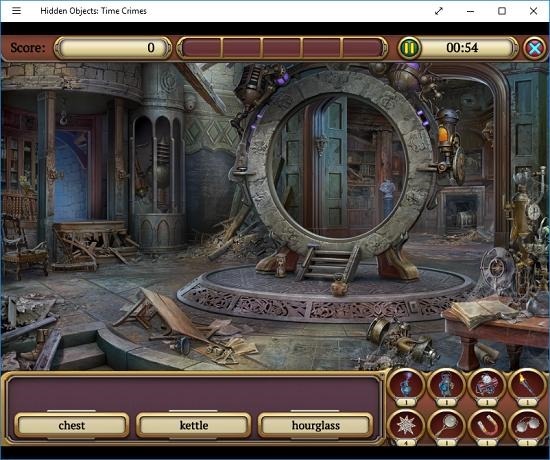 The game provides you with hints at the bottom right of the screen. These can be used as helpful assistants if in case you get stuck somewhere. 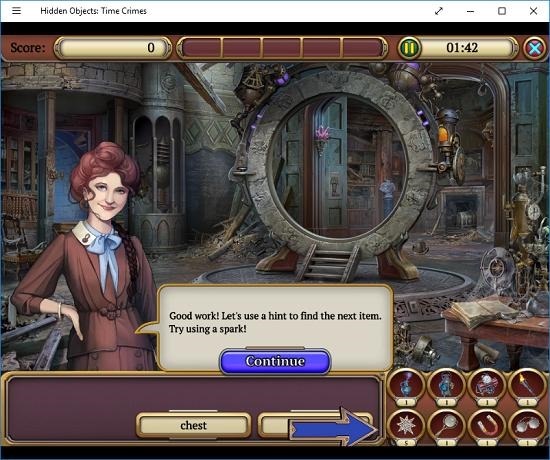 There are multiple different types of hints which can be used.

You can also keep an eye on the game’s timer at the top right of the screen from where you may also choose to pause the game should you wish to do so. The score meter is present at the top left corner of the screen.

At various points in the game, the assistant will show up with tips like controls etc. This is shown below. 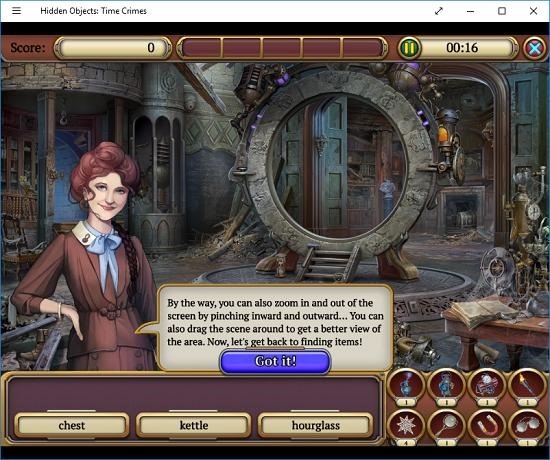 When you complete a level, you are rewarded with an important piece of evidence. The game has tons of levels which automatically start upon completion of the previous levels. Overall, the game is well designed and aptly thought out to say the least.

Hidden Objects: Time Crimes is well thought out and is slightly different from the other hidden object games in a way that it does not revolve around a very complex story line, and rather, it keeps the entire gameplay very simple by means of multiple hidden object puzzles. The game is lightweight considering its graphics, and I am sure that all of you who will try it will definitely love this game!