Viivo is a free cross platform Dropbox encryption software. It works on Windows, Mac, Android and iPhone (iOS). Data that you want to see encrypted and uploaded to Dropbox will not go to your Dropbox folder, but rather to a folder that’s used by Viivo. Once that the files are inside the Viivo’s folder, they’re gonna be automatically detected, encrypted and moved to a special folder inside the Dropbox folder from where the Dropbox client will upload encrypted files.

This free cross platform Dropbox encryption software has to work alongside Dropbox’s own client. System tray icon is available with notifications that tell you when a file is encrypted and moved to Dropbox. Screenshot down below shows us the interface of the settings manager. Here you can tweak settings like notifications and also your login information. 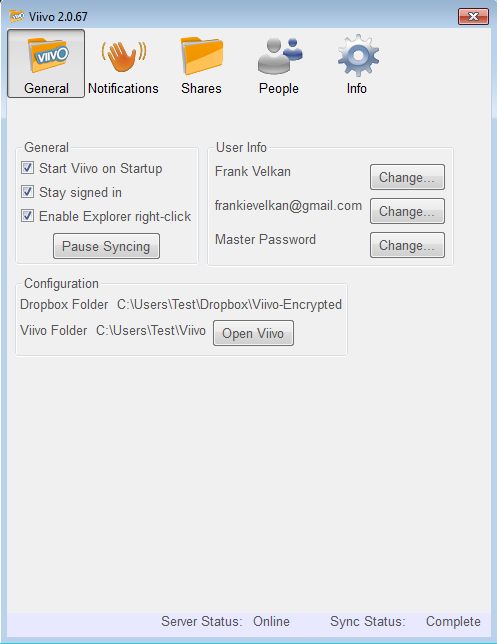 In order to use Viivo, you’re gonna have to create an account using a pop-up window, from inside the client. It took a couple of hours for the authentication email to arrive for us, so be patient.

Key features of Viivo are:

Viivo creates its own folder inside your Dropbox account. All the data that you want to see encrypted has to be copied to Viivo folder, not your Dropbox folder. This means that if you don’t want to encrypt certain files, you can just send them to your Dropbox folder, like you usually would. Here’s a few pointers to help you get started.

Install the Viivo client and register an account. Log into the client, after which Viivo should already have created a folder on your computer. Double left click on the system tray icon will open up the Vivio folder. 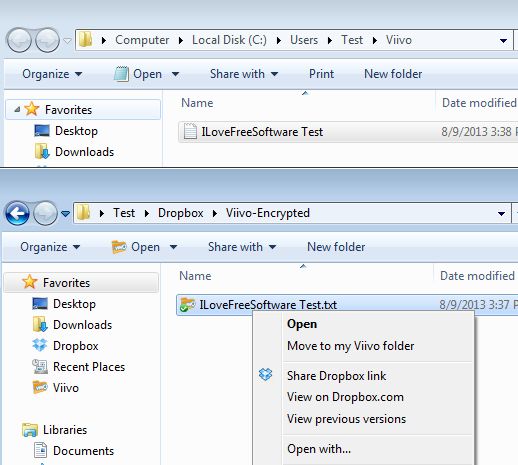 Files that you want to send to Dropbox encrypted have to be put in the Viivo’s folder. They will then be encrypted and moved to the “Viivo-Encrypted” folder that is located inside the Dropbox folder. Once that happens, Dropbox will upload the encrypted file to your Dropbox account. If you want to decrypt a file, right click on it and select Move to my Viivo folder. 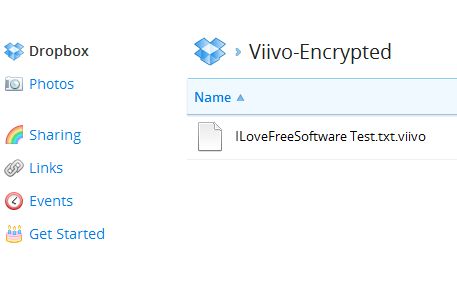 Encrypted files can be seen inside your Dropbox account, but without having your account details and the Viivo client, no one can decrypt them. Since client app can be installed on several different types of devices, this is a great way how you can move encrypted files between you desktop PC and smartphones, for example.

Encrypting files for Dropbox is very easy with this free cross platform Dropbox encryption software. It’s never a bad idea to add a little bit security to sensitive data that you upload to Dropbox, and Viivo is a great way how you can do that.