Safebox is an encryption tool that you can use in order to help protect the privacy of your online storage folders. The program offers you the basic protection of your folders and data contained in it from online privacy attacks. It’s very easy to use and understand. 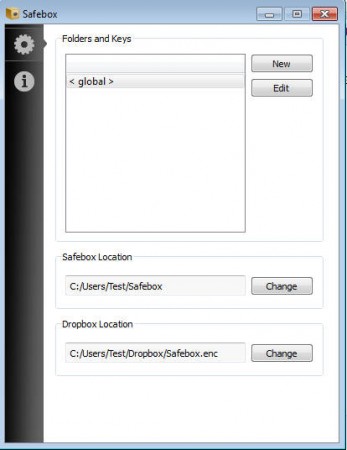 Users of Dropbox are probably wondering what would be the best way that they can protect their folders from being accessed and manipulated by nosy roommates, family members or anyone else who has access to their computer. Situation is even worse when someone is sharing the computer with other people, in which case privacy is a hard thing to have, Safebox can help everyone who’s having these types of problems.

What does Safebox do exactly?

The program creates 2 different folders on your computer. One folder called Safebox which is located inside your home folder, the same place where Dropbox creates its folders. Another folder is created inside your Dropbox folder and this second folder is where encrypted files will be placed. 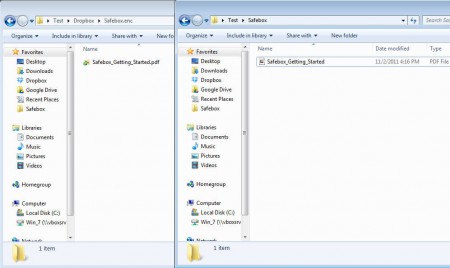 The way that Safebox file and folder encryption works is that you store all the files that you want encrypted and protected into the Safebox folder. Program will then sync its folder with the one that was created inside Dropbox, but the files which will be placed inside the Dropbox folder will be encrypted. They will have a completely different file extension and it won’t be possible to open them up when you browse your files inside Dropbox.

How to setup Safebox to encrypt Dropbox folders

To encrypt files with Safebox, everything that you need to do is choose where you want your Safebox folder to be, and where your Dropbox folder is so that the folder where encrypted files which Safebox creates can be stored there. 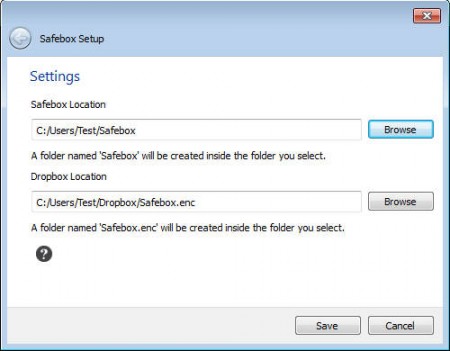 Locations of these two folders are all the configuration that’s nessecery in order for the Safebox to work. The encrypted folder and encryption keys are set by default.

Exporting and sharing encrypted folders with others

Since the very purpose of Dropbox is to share files, you’re probably now wondering how to share this encrypted folder with your friends and colleagues if you need it for something like that. To share the contents of the encrypted folder, when you’ve downloaded it from Safebox, you need to ask your friend for the Key with which the folder was encrypted and import it into your own Safebox installation. Right click on the Safebox tray icon, select Preferences and in the Folder and Key section click on New and then select import and you should see something like this: 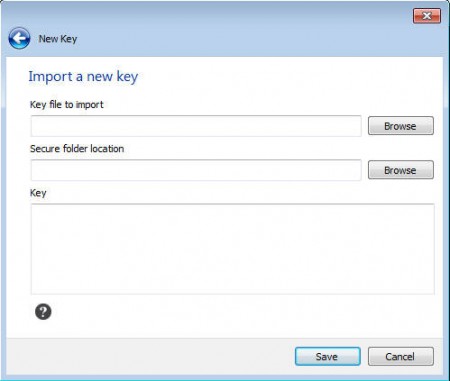 This is where you need to specify the folder location, and also the location of the Key files and type in the actual key. You need to get this from the person who’s sharing the folder with you and they get it by opening up Preferences and on the list of Folders and Keys selecting the one that you want to share and then selecting Modify >> Export. You can read more about how to use the program on the developers website.

Safebox is very useful, and even though it’s not technically free, it’s not too costly only 99 cents, visit the developers websites for more info.