Here’s a list of 5 offline time tracking extensions and apps for Google Chrome which can be used to keep track of time even when there’s no active internet connection present. A lot of the apps and extensions from the Chrome store require that you have an active internet connection in order for them to work. Sometimes it’s impossible to be connected to the web, but we still might end up needing to track time. 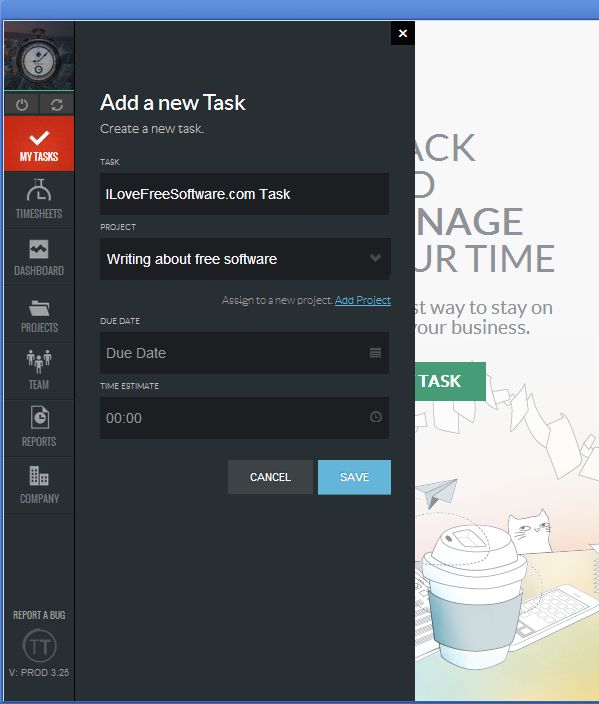 TrackingTime | Time Tracker is a Chrome time tracking extension that initially requires you to have an active internet connection, to register an account with the Time Tracker website.

Reason for creating the account is that there’re also TrackingTime apps for mobile devices and data is synced between them using the account. Projects can be setup, and then you can keep track of time for each individual task added to a project. When you’re offline, everything is saved locally, and then when connection becomes available it’s synced online. 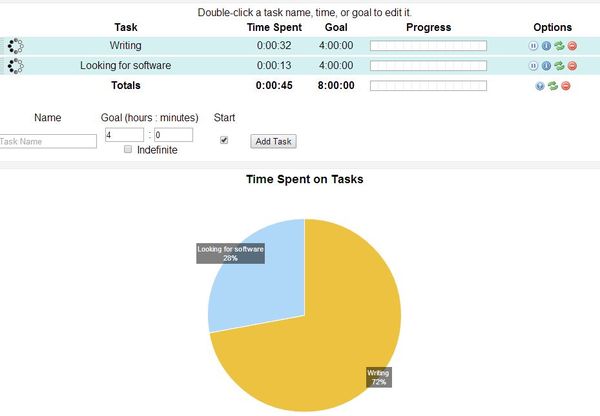 Now this is a full-fledged offline time tracking extension that won’t require any kind of internet connection to run it, other than the one for installation of course.

Tasks for which you’d like to keep track of time have to be added to the list, see image above. There’s a chart where you can see graphically how much time each task that’s on the list has cost you. Audio notifications are available for when a certain task gets close to deadline. 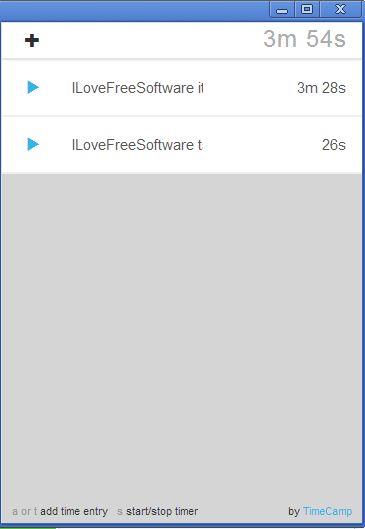 Zen Time Tracker is much simpler than both Task Timer and TrackingTime. You basically only get the single window that can be seen on the image above.

Add tasks to the list, and as soon as they’re added, time tracker will start its countdown. When you have several tasks on the list, counter can work only on one task, the one that you’re working on. Keyboard shortcuts are also available for controlling the list of tasks, check the bottom left corner of the image above. 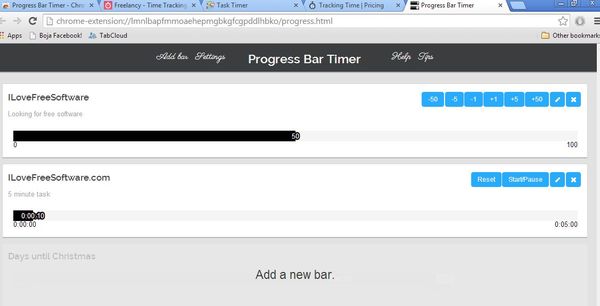 Counter can do a countdown in X time units, between two dates or in hours, minutes seconds, depending on what you select. When the timer runs out you’ll get an audio notification telling you about it. Counters can be reset and repeated for when you need to complete a task again.

Also have a look at 5 Free Time Tracking Software For Windows. 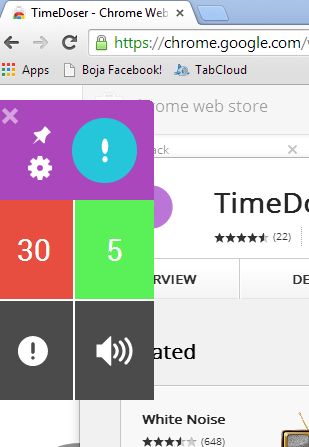 Let’s say for example that you’d just like to keep track of a single time, have a counter for a single task only. That’s exactly what TimeDoser can do for you.

It is not a classic time tracking extension but it still gets the job done. It’s only a small notification windows where you can add counters for one task at a time. Audio notifications are supported.

I like Task Timer by Schuyler Cebulskie because it has a decent number of features while at the same time also being simple. To tell you the truth though, this is again another one of those times when all the extensions are great. You can’t go wrong, no matter which one you choose. They all work offline, and they will all track time for you.