Here’s a list of 5 prank apps for Android which you can use to prank people that you know. Pranks have blown all over YouTube as of late, with lots of popular channels being centered around pranks. If you’d also like to prank someone, but you lack the creativity to setup a good prank, perhaps the following apps can give you some ideas on how to get started.

Let’s look at them below. 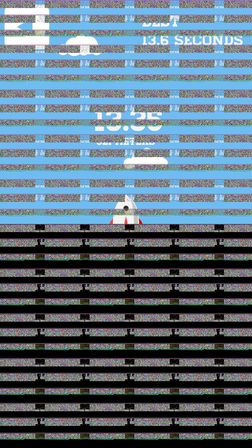 Prank Pack offers not 1, but 7 different apps for pranking people. With an upgrade to the paid version, additional 5 apps can be unlocked giving you access to a total of 12 prank apps.

Image above shows the “cracked screen app”. This is actually a game where a rocket needs to be launched into air by tapping on the screen as fast as possible. At one point the screen will become “cracked” and you can give the usual, “oh no you broke my phone” reaction. Other pranks include farts, scissors, hair clipper, fake crash, laugh track and cards trick. 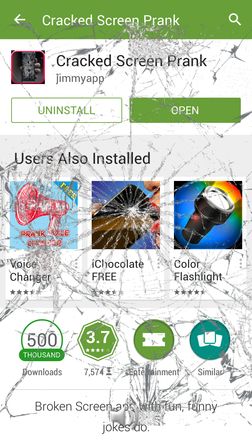 Cracked Screen Prank is a very realistic prank app for Android where an image of a cracked screen is overlaid over whatever app you have currently running in the background.

Cracked screen shows up as soon as Cracked Screen Prank is launched. There’s even an cracked screen audio effect that plays to add to the realism of a screen being cracked. Cracked screen effects are changed each time the screen is tapped. 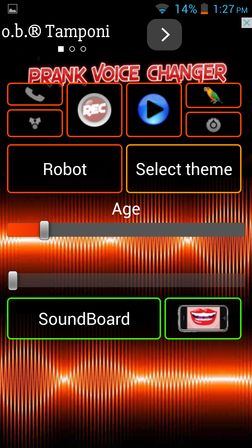 Voice Changer (Prank) is a voice changer prank app for Android where you first make a recording of yourself telling something after which you morph that recording into a robot, an alien, a Darth Vader or one of the other 2 dozen or so effects that are available.

This app also has something called a parrot mode where you get real time conversion of what you’re speaking (for live prank calls). Soundboard with farts, burps, gun shots and other horror sounds is also available. 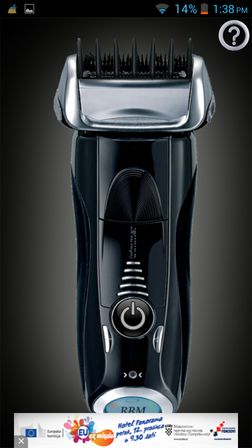 Tap on the power button of the electric razor image that shows up after running the app. You should hear a buzzing sound accompanied by strong vibration. Next sneak up to a friend and press you phone against their head. They’ll think you cut their hair with a razor, at least for a moment. 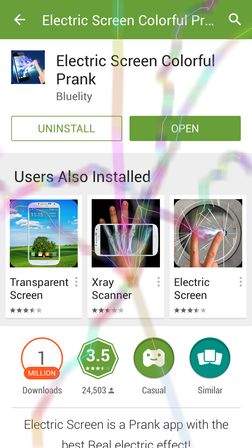 Electric Screen Colorful Prank is similar to the cracked screen app, only here the screen won’t crack, it will instead electrocute whoever touches the screen.

It’s difficult to pick a favorite from the list of prank apps above because they are all great. I like the Electric Screen prank, but that’s just me. All of them are great to be honest. Rocket game is also not that bad. Give them all a try and let me know which one fooled your friends the most in the comments down below.