Once Driver Magician has reinstalled your computer’s driver data to the appropriate folders, simply re-boot the computer and the PC will operate as smoothly as it should. Indeed downloading this free driver management software is just the same as having the original CD ROM; expect a lot faster. 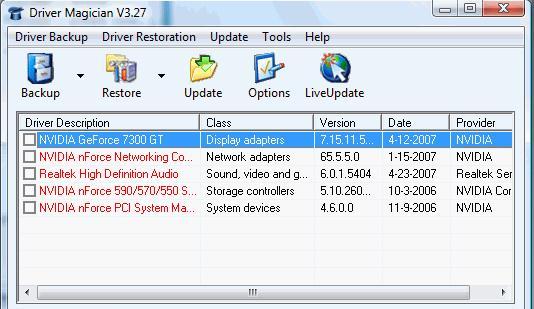 Driver Magician includes a built-in database which consists of the latest drivers. Whenever the user is online, the database scans the Internet searching for driver updates, which are continually being offered by driver developers. Once a driver update is found, Driver Magician will inform the user that the database has been upgraded. The user may then access the database and download or upgrade to the newer version. Obviously, having the latest in driver software is what determines the speed and performance of any Windows computer. With an option called ‘Hardware Identifier”, Driver Magician also detects unknown devices that may have been accidentally or intentionally downloaded to the machine and informs the user. This information is then stored in the database for future reference.

You can also check out: Driver Sweeper, Double Driver, DriverBackup Free, and RadarSync.

Some of the features of this Driver Management Software:

Without a doubt Driver Magician is a convenient utility to have as if offers an array of different options aimed and making a computer running smoothly and efficiently.