So in this software’s case, it takes complete backup of all your tweets when you run this Twitter backup software for the first time. Now, whenever you run it again, then TwitterBackup will take backup of only those tweets which were not included in the previous backup, instead of taking backup up of all the tweets again. This process really helps in increasing the speed of taking backup and thus saves time. The software takes backup of your Tweets in XML format. The only minor drawback of this software is that you can’t schedule backup. You will always have to run this software manually to take incremental backups of your tweets. 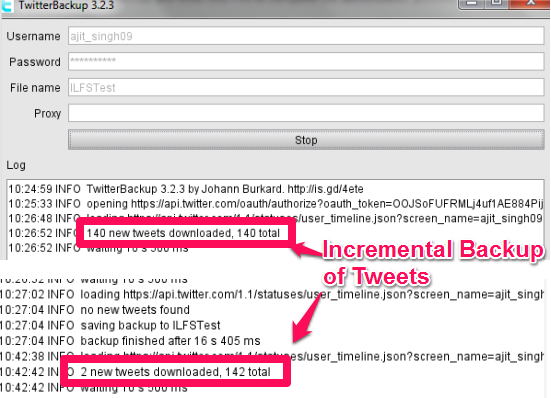 For those who are new to the term “Incremental Backup”: Incremental Backup is the type of backup in which the first backup is done like any other normal backup but after this, the software takes backup of only those changes which have changed since your last backup. And that’s what this software does with your tweets.

How To Take Incremental Backup of Your Tweets Using this Twitter Backup Software:

The best thing about this software is that you don’t have to go through process of installation as it’s a JAR file. Just double click on this software’s JAR file to start using it. The only thing you need is latest version of Java installed on your system (if it is not installed, the software will help you in installing that).

Now, lets start with the steps which you need to follow for taking incremental backup of your Tweets using this Twitter backup software:

You have to authorize your account for the first time only. After this, you only have to click on Start button and your backup will be saved. All the backups are stored on your system’s Desktop. You can open it with any XML viewer, or even a browser to view the backup. 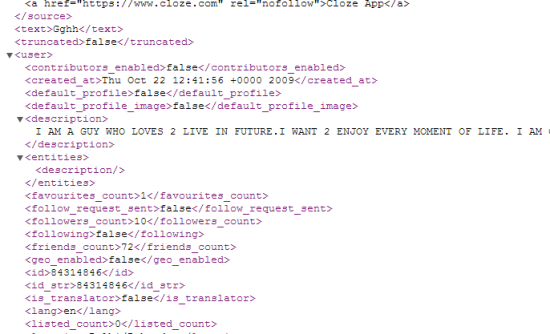 TwitterBackup is a really cool Twitter backup software. I really liked the feature of Incremental Backup of tweets, which means I don’t have to take the backup of old tweets again and again. It makes taking backup really fast and saves a lot of time. This software is definitely worth a try. I wish it had a feature of automatic scheduled backup as well, so that I didn’t have to run this software manually to regularly backup my tweets.